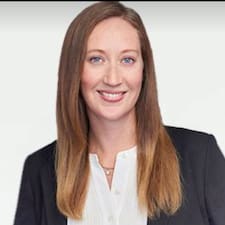 Congratulations to all of you who achieved or maintained your Superhost status in the January assessment. It’s an awesome accomplishment. Thank you for continuing to set a wonderful standard for hospitality in our community.

Your commitment to excellence inspires me, and that’s why it was such a thrill to help create and launch Airbnb’s first ever Superhost Week in December. It was a chance to highlight all of you to our guests and to celebrate and recognize everything you do. I hope you enjoyed it as much as I did. Here are a few highlights:

Congratulations again to those of you who are Superhosts. We appreciate all you do— and so do Airbnb guests. In fact, over one of Airbnb’s busiest nights of 2018, one out of every three Airbnb guests were staying with Superhosts! That’s a testament to how much Superhosts help power the Airbnb community. Thank you.

Great to meet you. The criteria to reach Superhost status is the same for all Airbnb hosts around the world. You can find out more about the how to become a Superhost host here (plus, you can check you progress).

To add, we have some useful topics here in the Community Center, where experienced hosts have shared their tips on how to becomie a Superhost. There are some amazing tips, so I thoroughly recommend taking a look, here.

Here's to lots of great hosting times ahead. 🙂 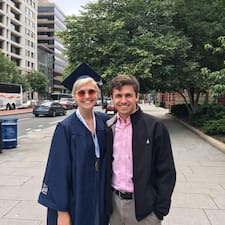 Thanks so much! I'll keep that page bookmarked. 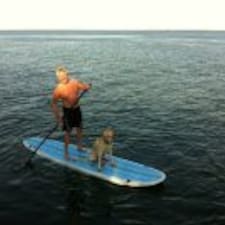 Hi Laura, thanks for the info.  I am having a problem with Plus...I'm wondering if you would help?  For one property, they missed two appointments (no call, just no show)...now after 3 months, they still can't find the photos...For another property, the photos didn't have one shot of the view, which is the only reason why people are willing to pay my higher prices.  I tried to get this changed and was told I couldn't, so I opted out...I would like to get that property in, but with the right pictures....after being told by over 10 people they would help, still nothing. 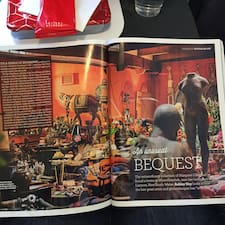 Hello from Jane and Vince in Melbourne Australia

We are newly anoited superhosts for a little spot on the famous Great Ocean Road in Victoria running along the bottom of Australia.  We had a great December January renting out a little piece of paradise.  Great to be a part of the community.  We were raving fans of travelling with Airbnb and now we are raving fan's of hosting.  See you there soon, you will love it! 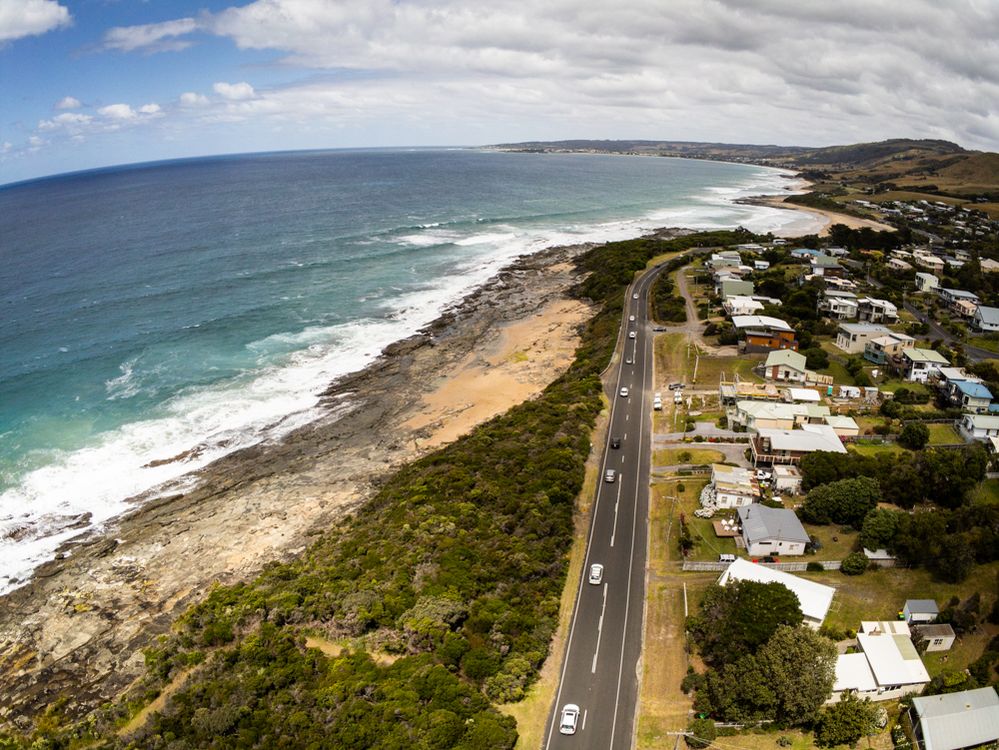 Hey there my name is Joe! Sending warm greetings to Laura & all the hard working Superhors, From Asip Illinois 🙂 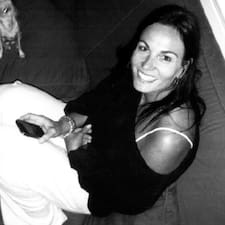 What an incredible experience, being a part of such a diverse and wonderful group of people 😄 Thank you and happy SuperHosting from Chantelle in Cape Town, South Africa! 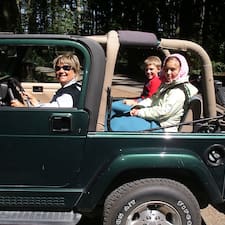 I've been a Superhost since I started hosting.  Why is Airbnb creating another tier in Airbnb Plus and after jumping through hoops to be featured in this program, taking away my Superhost status?  I"m still a Superhost and meet all the qualifications.  Most people don't even know what Airbnb Plus is, why should I lose out on being searched for with a Superhost designation?

I've asked the Airbnb Plus program people and they don't even address it.

Three years of hosting, two units, 260 5 star reviews never expected to be so frustrated with Airbnb. 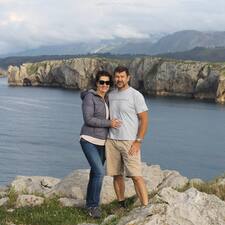 Its great to have this extra support. We are moving to Italy soon and hope to operate an Airbnb place there. 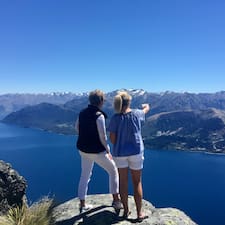 Thanks for the information team. Much appreciated.

And hi to my fellow super hosts, from sunny Queenstown, New Zealand 🙂 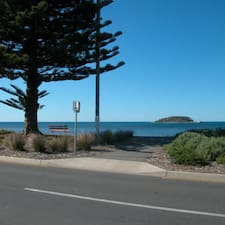 Congratulations to all the incredibly hard working superhosts from Adelaide, South Australia.   Its great being part of this high-performing community.

Thank you for your feedback on your experience with Airbnb Plus.

We followed up with the Plus team to look into your issue. You should have received a response from our Plus team. Rest assured they are taking steps to ensure you are not cancelled on again in your upcoming shoot and working to get your other listings restored. To add, we are currently looking at way to work closer with our team of photographers around the word to help build on community feedback. Thanks ~ Laura

What are your favorite notes from your guests?

Hi Laura, thanks for your help. I will be blunt, the experience working with the Plus team has been very disappointing.  However, after starting the process in October of 2018, we are 90% there.  The latest issues were missing photos of the common areas for my RML listing, so I went to the location and took them myself - I still need to upload them. Then for my VIL listing, they only had one small picture of the view, which is the reason people pay a premium to rent this unit - the pictures now are okay, but could have been better.

For weeks, a Plus person kept telling me I should redecorate RML. I was floored.  The decorating was done my a high-end professional, and Vail Resorts even will tell you it is the nicest unit in the building.  This person needs some remedial training.

I realize this is a new team and I am sure they are trying their best.  My bookings were way down in May from last year, when they should have been up because the ski area is typically closed in May but it was open this year. So I took to advertising my AirBNB listings on Facebook.  Because of all of the problems I have had with Plus, I figure they somehow messed up how my listings were showing up in search. If I had it to do over again, I probably wouldn't do it.

Again thanks for your help. 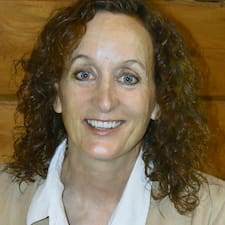 A big shout out to my fellow Superhosts on sharing your lives and your space with the world...what a great way to bring us all together!  Jenn a Superhost in the middle of rural, Illinois, USA....come find paradise!

Can24 in
İstanbul, Turkey
Level 2

i know this is wrong place to write a problem but i need your help.

2 days ago. i had a reservation. But i wasn't at home at that time. And i told the guest about the situation gently. He is from Turkey he understood me. He said ok and wrote the situation to airbnb to cancel. Then my plans changed and i told my host to come. He said ok but he didnt come. And the airbnb didnt answer to us for 1 day. Then they canceled it and they blocked the reviews both. I especially asked about the reviews to an airbnb worker whose names is Sven. He is from Berlin.

After that i had a new reservation quickly. And i forgot the change the prices. After the reservation i sent my new guest a special offer. But she refused it. She can. But also i can send a special offer. we have a section for that. İ didnt want to disturb her or make her uncomfortable. She canceled the reservation with the help of a airbnb worker shose name is Joshua, without saying it to me. Also Joshua didnt inform me about the cancellation. He is from Berlin too. He informed me after cancellation and i think this is not fair. Because i have rights too. The rules say if you want to cancel the reseravtion at your check in day, there is no full refund.

Now the host wrote a comment about me. And i wanted Joshua to delete it buthe didnt reply me. And i wrote the problem to the other airbnb worker which solved my problem about the host which promised to come and then not. But Sven said to me "wait your case manager." I told him i dont want to wait anyone because this is not sunday. and i am a superhouse owner. Then i wrote the problem to an another case manager called Gavin. He said he couldnt because there was no violation. İ told him i wanted to talk with a specalist because 2 days ago similar things happened and Joshua blocked the reviews. but he doesnt want me to talk with a specalist. I told him that at the past they blocked reviews and i sent my proofs to him. i sent all the stuff which i talked at the past with the other airbnb workers. Also 3 months ago a smiliar problem occured. he didnt reply me. İ think the rules changed day by day. Sometimes if you are lucky they did what you want and sometimes if you are unlucky they said no. How could it happen? İ cant understand.

Can you help me about reaching an experienced specalist? The story didnt end.

Then i bought credits to call america from Skype. Because it was very expensive to call america from turkey. İ paid a lot of money to skype. A worker whose name is Baby told me that a specalist investigate this issue and will call me. After 2 minutes closing the telephone, she wrote to me that i could reply the guest's review 🙂

Now i am asking everybody. when i tried to write a comment about guest (because i need to see hers) airbnb asks me about accomodation. Airbnb asks me about her cleanliness, if she obey all the house rules... İ dont know the answers. Because she didnt stay at my home. Do they want me to write lies?
Also the same or similar questions (star system) appeared to her. how can she give stars to me without seeing me and my flat? is it fair? Also what about the promises at the telephone? The worker says a specalist will investigate this issue and call you, but then she wrote that i can reply to the guest :)) They always say the truth is the most important thing on airbnb. How can i write lies and give stars to somebody which i didnt see before? And how do the airbnb let this? And what about the promises? at the telephone they said we will turn back to you. 1 minute later, the same girl which i talked at the telephone changed her idea and tried to teach me about a reply. Finally, can you help me about reaching a specalist? 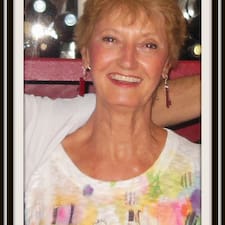 Congrats to the wonderful superhosts.  I love what I do, and I'm sure you do too! Keep up the good work.  from Alice at the  Cozy Garden Apartment in Colorado Springs, CO