Seoul Mates: A couple’s journey from the corporate world to the hospitality business

Hojin Chang and his wife Sarah needed a break from the daily grind. It was 2014, and both had jobs at the same Seoul-based electronics manufacturing firm. He worked in sales; she was responsible for meeting with investors and important clients. They were the kind of jobs young professionals anywhere would relish. But the stress and long hours were wearing them down.

“We went to the company in the early morning and got back late at night,” Hojin says. That left no time for the couple to spend time with each other. “We quit our jobs and went on our world tour,” he adds.

Hojin (third from left), along with his House of Sarah staff, offers personalized service at 20 Airbnbs in SeoulA world tour offers lessons in hospitality
“World tour” is a fitting description for the couple’s odyssey: They traveled 430 days, visiting 30 countries across five continents. Almost everywhere they went, they stayed in Airbnb spaces. The experience taught them a lot about the importance of human connection in hospitality. “We met so many hosts that were so wonderful,” Hojin says.

One of the highlights of the trip was a lengthy stay in El Calafate, a small town in the Argentinian Patagonia that serves as a gateway to some of the world’s most spectacular glaciers. It’s there that they got a chance to experience firsthand the other side of the hospitality equation—and began to think of themselves not just as guests to be pampered, but also as potential hosts.

They arrived at the remote town with the idea of passing through quickly, but they ended up bonding with a Japanese-Korean couple who ran the Fuji Guest House, where they were staying. As it turned out, the Fuji owners were looking for extra help. Curious about the opportunity, Hojin and Sarah volunteered. Over the next two weeks, they learned about making beds, cleaning, managing schedules, and other basics of the hospitality business. “We wanted to have experience with that kind of job,” Hojin says.

“We quit our jobs and went on our world tour. We met so many hosts that were so wonderful.” —Hojin Chang, Host

Searching for a new lifestyle
The trip helped to cement their bond. It also made one thing clear: They didn’t want to jump back into the rat race. They wanted to start a family, and the pressures of corporate jobs wouldn’t allow them to be the kind of parents they hoped to be.

That’s when opportunity came knocking. The couple heard that Airbnb, which was seeking to expand its footprint in Seoul, was holding a contest. Winners would receive the company’s help to set up a room in their house to host potential guests. Hojin and Sarah were among the 3,000 who entered and among the four who were selected. “They came and made a room for guests in the house,” Hojin says. “At that time, I knew I had a good chance to start [hosting on] Airbnb.”

They transformed a once-drab space into a well-lit, modern, and inviting guest room, and began earning some money without having to resume hectic professional lives. They enjoyed hosting, especially their interactions with guests, which reminded them of their globe-trotting days.

Hobby turns into an occupation
But once Sarah learned she was pregnant, the little extra money wasn’t enough. They had to step it up or find something else to do. That’s when Hojin decided to create the House of Sarah, a company that would offer hospitality and management skills to other property owners who were seeking to benefit from the growing popularity of Airbnb.

Four months after hosting for the first time in their home, the couple found an older but otherwise perfect property. It was ideally located for travelers who wanted to be close to all that Seoul has to offer, and Hojin convinced the owner to let him spruce up the place to make it more hospitable. Today the House of Sarah oversees 20 properties, giving their owners a worry-free way to share their homes. It employs a staff of four—two managers and two maintenance workers—in addition to Hojin.

The lessons they learned at the Fuji Guest House remain central to much of what they do in Seoul. It’s there, Hojin says, that they understood why attention to detail is so important in hospitality. When guests are so far from their homes, small things that make them feel cared for really matter.

Bringing a personal touch to hosting
“We understand how important accommodations are to travelers, so we focus on safety and cleanliness,” says Hojin. “I also want to make the same kind of good guest house [as Fuji] for our Airbnb guests.” With Seoul as something of an Asian crossroads, that often means helping guests from China, Malaysia, or Japan with language and cultural barriers. Hojin makes sure guests know where to get foods that will make them feel at home and where to catch the latest K-Pop sensation.

“When I meet guests the first day, we explain about the unit and the house and how to use everything,” Hoin says. “But at this time, always, we say ‘If you want to order some deep fried chicken or Chinese food, we can help you, don’t worry!’”

Four years after their globe-trotting adventure, Hojin and Sarah say they have found the balance they sought when they left their jobs. The House of Sarah gives them the opportunity to spend ample time together and with their son, who is now a toddler. As the business grows, they remain intent on replicating the hospitality they experienced in Patagonia. Whenever a guest contacts them about something they need, Hojin says, “We help them with pleasure, because we can imagine ourselves in that traveler’s position.”

Great story. I    do not let a day pass where I    remind myself how grateful I    am that Airbnb came along. It has totally transformed my life. I    love hosting. 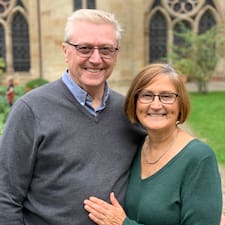 I would love to hear more how Sarah created the House of Sarah.  What does that business model look like?  Does she teach other guests for a fee?  I have been told over and over how I have elevated hosting and how I should teach hosting.  I have also thought about teaching several DIY classes.  Everything from felt crafting, Kombucha brewing to making your own face creams to laundry soap but I find the layout of the Experience Page too limiting.  Any thoughts would be greatly appreciated. 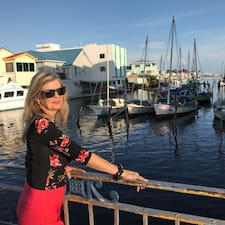 Truly enjoy reading these successful Airbnb stories. Thank you for sharing your experience. 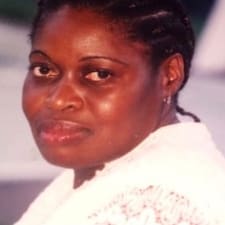 Truly enjoy reading these successful Airbnb stories. Thank you for sharing your experience.

I appreciate you sharing your experience with us