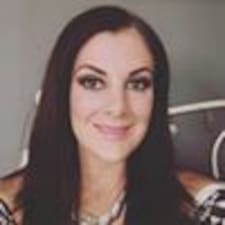 I reached out to air bob and they said they were not able to allow the booking as the user didn’t pass their criteria to do so and were flagged. The reasons being they were under 25, lived in the local area and did not have 3 reviews.

The next day the user managed to send a booking which could be accepted. I messaged Air bnb to check this as it had been flagged the day before. I expressed my concern and air bnb assured me there was no way the user could trick the booking and fake an age due to their checks. I was also told the user must have had 3 reviews which I confirmed wasn’t the case as they had zero. Air bnb told me it was safe to take this booking so I accepted it.

On Saturday my neighbour contacted me to confirm there were a number of people going in and out of my property with alcohol, all people looked underage. I then messaged the user and asked about this, they denied it. I messaged Air BNB and asked where I stood. They told me I should take ID when checking in (this has never been the case nor ever advised to do so) They also asked if I met them to check in (this again is encouraged to have lock boxes and contactless check ins with covid). Both of these things are standard for air bnb, users have to verify themselves before booking and there is no requirement for me to visit the property and ask for ID. Regardless of this Air BNB had already assured me my booking was safe to take.

Then then told me gatherings of over 16 were prohibited, despite already telling me in a message than any parties were banned and to be aware of local lockdown rules. All of this is in writing which I have screenshot.

My neighbour then messaged me again to say more people had arrived. I messaged the user again and they still denied this. At this point my parents drove down to the property and parked outside and then we called the police. Air BNB advised me to go to the property myself which is extremely dangerous. At this point Air BNB stopped responding to me and every time I asked a question they told me they didn’t have the information. This is absolutely shocking that they have no information as whats the point in customer service if they don’t know the answers. They also told me completely conflicting information I their messages so I copied and pasted over what they had said which they said wasn’t the case.

I was then passed to a number of people and then they completely stopped responding.

The police had to enter the property, get everyone out and shut the party down. My parents had to go its the property and check for damage. They should never have been put into this position from a covid standpoint and put themselves in danger and at risk to the virus.

The police also confirmed the account had a fake name and the user was 17! After air BNB confirmed there is no way to trick the booking I asked how the hell this was possible.

I emailed air BNB again to let them know if they don’t respond within 24 hours I will be taking further action. I have still had nothing back from Saturday evening. They are now ignoring all my messages. I asked them to log a formal complaint and again I’ve had no response.

I logged on today to see that my message thread had gone missing. So I took a screenshot of that message. Luckily I screenshot everything that had been said in previous messages knowing they were likely to pretend it didn’t happen.

I would like this fully investigated. The whole concept of air BNB is that your property and yourself is safe and they’ve put myself, family in direct danger with no care at all to my property. They are simply washing their hands of this and ignoring it.

@Rebecca1342 Please do not believe any of the Airbnb safety hype. They do little other than what is needed to make them look good. If you recognise  they are just a platform to introduce guests to you and that you will have to decide for yourself if guests are safe and deal with them yourself if things go wrong then you will not be disappointed.

You're totally right! I've now taken this to watchdog to investigate further. I have screenshots of their conversation it was impossible for the person to cheat the verification process too.  I'm finalising the bookings I have now and then will be removing my property from the site 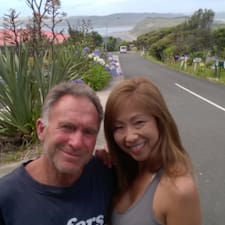 Yes airbnb leans more to the guests than the hosts.Of course ,thats where they make their revenue.The staff at airbnb called themselves senior case managers ,what a joke!!!!Their more like trainees for cust.relations.They are horrible to deal with

I have still not been paid for hosting a family during xmas 2021.

I just cannot talk to anyone.This is the last time I use them.