A guest leaves me a retaliation review.. but that's ok according to Airbnb agent. 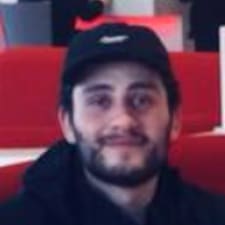 A guest of mine with a sense of respect civility the size of a peanut damages my place, steals my key and brings extra guests without paying. I messaged him to let him know, he refuses to take accountability. So I send a claim asking for money. He then tells me my place was not up to standards, tells me he had to go the hospital because his friends beat him up in my place (see his point? I don't).

Then he leaves me a review right then and there after saying that.

I am a super host, and have 45 consistent reviews, all along 5 stars and a few 4 stars. One can easily figure out that this was a case of relation review. Worst yet the guest confesses he used his friend's account and not his.

Airbnb, instead of taking a step back and choosing to use a bit more of a contextual, inspective attitude, sort of a more out of the box, per case basis approach, simply chose to discard my case according to 'your guest did not violate our policies through his review'. Yet, all 1 stars left by him.

Through the way they manage reviews, do you think Airbnb's agent was fair on his decision?

It is the frequent story of:

Host making a claim for damage and receive a retaliation review.

This is becoming a real issue on the Airbnb platform, which should be attended asap.

I woud not be surprised Airbnb will remove your review for the "guest", when he compaints, as it somehow violating their policies...

BTW Your review is in two languages, which is not necessary, as reviews have translate option

Thanks for the tip!