and Airbnb does not seem to care at ALL! the hackers have changed my payout method to a different paypal account and I have been calling and emailing Airbnb since Monday when I found out about this. the hackers paypal still listed on my account and they have not lifited a fingure to help me or secure my account. this is so FRUSTRATING and I feel so exposed. I am new to airbnb and just hosted 2 guests and have not received any payments yet and when I checked on my account I clearly see a different payout method for the payments and with my bank info still listed there. this is a major security issue on Airbnb site which they dont seem to care. I can't even find any decent email account to send emails

Very disappointed and frustrated at Airbnb and will take this issue to social media. 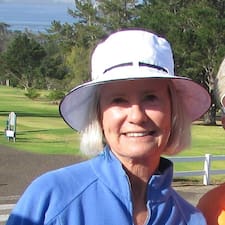 Hi @Farah2 I just went to look at your listing / profile and it appears that Airbnb has taken them down.  I trust this is in response to your contact with Airbnb.

Your account was not "hacked" in the classic definition since Airbnb's website is secure.  Most likely you responded to a phishing email or text wherein you inadvertently provided your login details to a scammer.  They are very sophisticated and mimic Airbnb with logos and language style so it's difficult, especially for new users to tell the difference.

Please keep in touch with how this eventually gets resolved.  I'm sure Airbnb will help you get your account re-established. 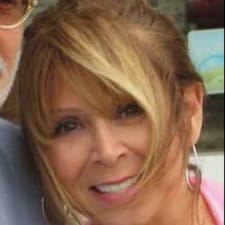 NO...account was not PHISHED!   It was hacked!

I am going through the same thing now.  It took 2 weeks to get a call back from Airbnb and they said it was taken care of.  I have now been hacked a third time as of this morning.  My payments are going to "IBAN" and acct out of the country. My password has been changed 3 times and they still get in. 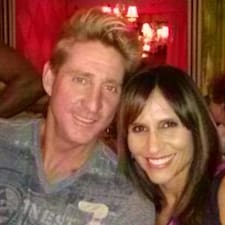 Hi Robin same thing just happened to me and they will not even call  me. How long or did it ever get resolved? I am so frustrated right now!! 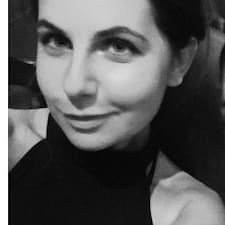 Hi Robin-  I am in the midst of trying to retrieve damages from Airbnb after shaking my life to its core. A guest's who I authorized rent my apartment profile was hacked. She notified Airbnb of this as soon as she realized.  She informed airbnb 12 hours before the criminal guests were to arrive at mine that the reservation had to be cancelled and reported.  AIRBNB never relayed the message to me.  Airbnb was informed about the threat and did not contact either myself or the NYPD to give warning.  I had an automated check in so the robbers were able to enter my apartment and steal everything of value.  They also ravaged the place completely.  I had been texting who I thought was the authorized guest to check-in but was only texting a burning phone.  I discovered that my livelihood was gone while on a plane to Austin via my cleaner. I almost hyperventalated on board.  Only thing I'm fortunate for is that no one in the building was hurt. Could you possibly email me at **.  Airbnb is not taking any responsibility and your reference would be very helpful.  I just want to get my life back on track. 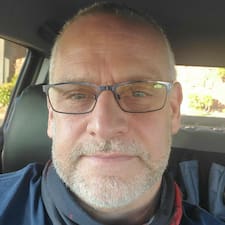 My account has been hacked everyday for the past 16 days.Nonexistant properties are being added with our profile pic. After spending hours every single day with support we get our calender blocked by Airbnb, making it impossible to book guests. Then Airbnb sends messages that our Superhost status is in jeopardy because we are canceling reservations. We are canceling reservations on properties we do not own. Do they not have a record of what we own? How would we aquire 84 properties worldwide in 1 day...Support has been completely useless with advice like log out and log back in., keep hitting the accept button, try back in 10 minutes.  So basically telly me to unplug and plug it back in...thats the help I get..are you kidding me?

I have already set up our listing to go live on VRBO and Misterbandb. It is time to drop the Airbnb platform until these fools can get their act together and get a more secure site.

I keep hearing this ** response but I am a career IT professional and I know the difference.  My account was hacked when I had not accessed it in over 2 years.  In order for it to be phished, scraped, or otherwise "compromised", someone would have to have grabbed my username and password as I was logging in, but I had not logged in for 2 years.  I checked my logs, it had only been accessed by overseas machines in the past month, not from 2 years ago, so no way I was phised, no way the login info was taken from an insecure wifi connection, no way it was anything but some security hole on Airbnb's side.

Don't listen to them people, either their website is not secure, or their network is not secure.  And, unlike Target, Home Depot, etc, they are not owning up to it.  You take your own risk dealing with this company. I have warned all my friends and cancelled my account.  This company is not to be trusted with your personal information and property.

PS,  had to create a new account just to respond to this.  Now cancelling that one too.  Good luck to all of you, and please be careful.  Check out the BBC article about what has happened to owners who's account was hacked and their property was booked by theives.

@Hassab1 Great to have an IT person in this discussion.  I have a question for you:  If there is a hole in Airbnb's systems, why wouldn't the criminals go after all the 800,000+ users and the $100's of millions of dollars being transacted on a daily basis?  Why pick individuals here and there?  Surely scoring millions of $'s in one swoop would make more sense than picking off individuals.

You'd be surprised how freely people give out their personal information.  Just go to @Airbnbhelp and see how many people publish their emails / phone numbers in public tweets.  It's a gold mine for scammers to get this info and then send unwary users emails / texts that look like they are from Airbnb but are not.  They are very good at imitating Airbnb and people fall for these scams all the time, sadly.

If I were a criminal, I'd go after the whole enchilada, not just a bean here and there!

@Clare0, unless you are not who you say you are you have no idea what the extent of the security breach is.  If you've googled Airbnb account hacked lately, I think you'd see this is not a "here and there" situation.  That said, there are a few reasons why you might not just do a "whole enchilada" style approach:

1. they are not stealing credit cards, they are diverting funds and breaking in to homes.  This means that Airbnb doesn't necessarily need to report it to the credit card companies, is not a PCI issue, etc, so they are less likely to get caught.  The resources credit card companies devote to those kinds of hacks are significant.  They are avoiding that, which allows them to continue.

2. they likely just sold the data, rather than commit whatever crimes are necessary.  if there were no big fish takers in the criminal world, which there might not have been given this isn't credit card data, they would have broken it up into smaller packages more affordable to smaller time criminals.

3. just because they have the ability to break in doesn't mean they themselves are able, or even willing, to do  more than that.  Hackers have areas of expertise and risk comfort levels just like everybody else in the world.

I would be asking myself far more important questions. Questions like if Airbnb, which lists itself as a technology company, took until April 2017 to institute such basic security measures as two factor authentication (tech talk for having to verify password changes and logging in from different devices), what else haven't they done?  I'm sorry, that is way to obvious a hole to ignore.  Another question would be, if someone was phising, why did they go after my Airbnb account, which is in of itself valueless, instead of my bank account and credit cards?  Why not my ebay, etsy or any other account I have in the entire technology universe?  Airbnb is the ONLY account I had any problems with in the last 5 years.  Sorry, it's very clear to me where the security issues are, and it's not with the users.

I agree - someone or something logged into my account from China and Germany in October this year - But I live in Australia... And they or whoever listed a dodgy accomodation listing on my account... not scarry at all! lol

There is clearly a hole in the system. Man in the middle attack using Facebook Oauth Vulnerability. Then they brute force further once inside to crack password // once they change email good luck! Airbnb is absolutely clueless.

Please keep us updated on your Class Action case.

Because stealing only here and there makes it easier to abuse the holes in the system. Especially when AirBnB is lazy about reacting. If they landed the big deal, AirBnB would be forced to act. So they can blame it on the users!

i also got hacked and a unauthorised booking was done to others, i have 2fa authenticator and whenever i login, i would receive an email from airbnb saying there was a login to my account at time and date, but there was none when the hacker logged in without my 2fa,

im sure its a hole in their system, but kudos to the customer service personal who helped me out and cancelled my reservation