Advice needed: how to escalate host not upholding agreement 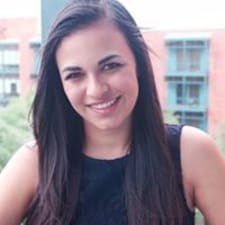 I had a reservation made with a super host for a week. I didn’t see the option to change stay to be refundable as the listing showed non-refundable. Before leaving on this trip, I had to cancel for a worsening personal situation with a loved one that I can’t disclose on this thread. I canceled a week in advance, and the host told me he’d give me half the credit back now and apply half to the future stay since I was postponing my travel to a few months later. This seemed fair and helpful, so I went with it. It’s now been two weeks and he has not sent the partial amount back or confirmed I have a future credit with him (I’ve given him over a week to reply). Airbnb support has contacted him and he won’t refund. I’ve messaged him numerous times as well and he is unresponsive.

I’m at a loss of what to do and have lost sleep and hundreds of dollars over this. Can Airbnb not uphold the agreement, given that it was made by a super host on their platform? I’d think it would violate host norms for a host to deceive guests and not follow through on agreements. I purposefully canceled the reservation so he could rebook out of consideration to him (which he did). How do I escalate this? I’ve probably contacted Airbnb support 10 times about this and spoken with a different person each time that says they will contact the host for me and nothing has come of it since the host is now refusing to give me a refund.

If he had a replacement booking then that is dishonourable.

When you cancelled, your money was still at Airbnb (the host is paid on day after check-in). The attached cancellation policy will automatically calculate the refund (if any). As you stated the reservation was made under the "non-refundable" policy (?), then there is no refund at all

The host could follow up the agreement made by using the resolution centre to refund 50%, which means he will be paid the other 50% . But this did not happen, and now the full amount is paid to the host.

I fear not must can be done anymore, except by reporting the host (via "flag" link) to grab Airbnb's attention.

@Paola1524  Unfortunately, while most hosts are honest, a few are not and I have read other guest posts where a host has said they will refund and then reneged.

Not really much you can do about it but report his behavior to Airbnb and if he told you in an Airbnb message he would refund you, submit that to them.

When you make a booking, you have to be prepared for the host to stick to his cancellation policy, even if you have personal circumstances you feel the host should consider. So don't book places with cancellation policies you don't like. The booking is a contract with a cancellation policy attached. Verbal promises and agreements that aren't honored can't usually be successfully fought.

I am sorry to hear that, the host has promised to you for the partial refund. Yet, this is a dishonest  behavior.

Have you keep the proofs message that the host will refund you the partial half amount or credit back to you for the future stay ? Do present to the Airbnb Support Help Center to assist you. Also, mentioned you didn’t beware the payment cancellation policy, and you really hope Airbnb can help you out.

I hope you can resolve the issues.

@Paola1524 has the time of your trip come and gone? The host has no money to refund until after 24 hours past your reservation start date

Thanks so much to you all for the feedback! As for the questions, here’s some clarification:

- The reservation was completed by the second week of March. The host told me he would send half the money 24 hours after the booking was supposed to start and give us a credit to book with him in the fall. We initially asked to move the reservation dates to October, but he nor Airbnb said this was possible and we’d need to cancel.  Had we known he was scamming us into canceling, we would not have canceled but instead moved the reservation dates to a time that was open in his calendar and rescheduled again if needed.

- We will be flagging this host to Airbnb since we’ve been unsuccessful with Airbnb support. We did file a resolution attempt with the host for the 1/2 credit back, but it’s been ignored (and Airbnb told us today that the host will not give any credit back).

- We do have proof of the written agreement from host since it was made and agreed on Airbnb’s messaging app. I attached this to the resolution.

- There were many things dishonorable and dishonest: 1) completely lying on an agreement without intention of following through 2) rebooking the reservation and claiming he had no time to rebook (we gave a week notice and saw his calendar booked immediately - with reviews to confirm that he didn’t just block the dates). And 3) I’m assuming we won’t get a credit directly from the host, given how this has all gone.

At this point, it’s not looking like we’ll be able to get any money back. Has anyone heard of a situation where AirBnB would issue a credit for future stays or waive service fees?

I’ve had the pleasure of staying with many incredible hosts that have made my stay exceptional and gone above and beyond. It’s frustrating to know that this Superhost is able to claim the same title many have worked so hard for and there is essentially nothing I can do since I cannot review him and it’s up to AirBnB to reprimand him for violating an agreement and profiting off of an unfortunate personal situation (plus profiting from two bookings at one time).

I understand AirBnB has recently established a Host Advisory Board and would love for AirBnB to establish some new policies to prevent host fraud on their platform.  @Catherine-Powell Can you chime in here? Hoping this is valuable policy feedback for hosts. While losing hundreds of dollars personally from this is unfair and frustrating, we want to raise this as awareness to hopefully prevent others from dealing with similar situations where the policy as written does not protect against instances of fraudulent behavior.

@Paola1524  While I totally sympathize with you being out hundreds of dollars, there are 2 separate issues here.

You booked a place with a cancellation policy under which you were not eligible for any refund if you cancel. The host has no obligation to waive the terms of the cancellation policy. So if the host had just said from the outset, too bad, I'm sticking to my cancellation policy, that's perfectly within the rules. Your personal reasons for cancelling aren't grounds for a refund. If I book a non-refundable airline ticket, and personal circumstances mean I can't take that flight, the airline isn't going to refund me.

The completely separate issue is that the host lied to you. That's terrible. But you can't always trust what a stranger tells you they will do in any walk of life. I do think hosts who do this sort of thing should have repercussions- lying to guests isn't okay.

But guests also lie to hosts quite often, and there are no repercussions for guests except possibly a bad review.

Hi @Sarah977, I understand the cancellation policy. However, I would not have cancelled had the host not offered to refund me. If the host had said “too bad, I’m sticking to my cancellation policy”, I would have altered the dates. Instead, I was told I would receive a partial refund and credit for a future stay which given the circumstances seemed like the easier option.

You are correct that you can’t trust strangers and I will definitely keep that in mind anytime I book with AirBnB in the future. To be honest, I trusted the “Superhost” badge and made sure to confirm the agreement with the host before cancelling to make sure we were clear on the agreement. Now I know that even when an agreement is made on the AirBnB platform, there is no guarantee it will be maintained. I hope other guests learn from my experience and that as evolving platform, AirBnB is able to establish new policies to protect both guests and hosts from fraud.

I am aware deceit occurs on both the guest and hosts side but I hope that by raising awareness to the kinds of issues we’re experiencing, we can help AirBnB become a much more reliable and trustworthy community.

@Paola1524  Yes, all dishonest hosts and guests should be removed from the platform. They are a detriment to everyone.

But when you say you would have altered the dates had the host been honest with you about not refunding, do you understand that a host isn't required to accept a date alteration? They can decline it, just as a guest can decline a date change sent by the host.

I'm disappointed to see that this Host didn't keep their word.

I would just like to share with you that as Hosts we have repeatedly had the experience of Airbnb refunding Guests against our policies (this hasn't happened to me personally) so this is a turn-around in that respect.

May I ask as to the sum you have lost?