This is the first time I'm posting here about this. I've been using Airbnb since the beginning of the year and I'm very hard on myself to make sure that I leave anywhere I've stayed perfectly cleaned and in 100% great condition. I've stayed all over Europe and I've had no problems with anyone thus far.

My most recent stay was in Czech Republic and when I left, I made sure to clean the flat and double-checked everything to make sure it was all A-ok. The host told me she couldn't come by to collect the keys, and if I'd just leave it in the mailbox downstairs, which I did and messaged her on Airbnb to let her know all was taken care of. She even left me a review saying how I left everything immaculate.

This is making me really uncomfortable now, because I pride myself on how well I take care of hosts' places and I have never once even broken a plate, and this is a big accusation. She's claiming she now has to "fix" this window and I was the last person there. It's very strange, because I was nowhere near this window and I'm just gobsmacked by this turn of events.

I want to add that she told me she couldn't meet with me on the day of my check-out and would I just lock up and leave the key in her mailbox, which I did, and wrote to tell her so as soon as I left.

What do I do to protect myself from such accusations? I actually liked the flat so much, I told her when I go back to her city in January, I'd book with her again, and told my friends about it, too. But now, I definitely would *not* stay there and will warn my friends against same, given the host is accusing me of something I didn't do. Had I done it, I absolutely would have owned up to it. Very weird turn of events and one that makes me uncomfortable with this entire Airbnb thing. 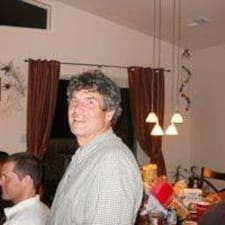 YEs but they say that the burden of proof is on the host not the guest.

@Corrine9, was this decided through airbnb and did you have to dispute the charges with them? We are having an issue with a host right now and dealing with airbnb, trying to figure out what to do.

@Corrine9 how was this resolved? Did you have to deal with airbnb? 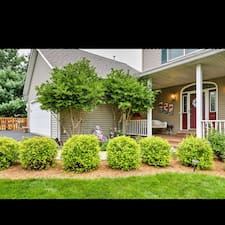 As a host, I would appreciate your ideas in how to resole damages. I had a guest stay and two days into her stay I was informed thay my kuerig had a hole in the top of it. I checked into this and found it was melted. Upon contacting kuerig I was told they guest had not utilized the autto off button and melted it. I chn

@Cindy203 I have a Keurig for Guest use and have no idea how that could happen.

Kuerig states it is from overheating. Guest did not use auto off feature and left it on all day and into next morning. The inside water resourvoie overheated. As I fill with water after every checkout, I am sure I would have sen this. They refused to pay for damages. I do not like to charge a guest unless they agree too

My one shuts off when the water drops below a point and the light flashes. I was actually given my one and I know it is not a current model, sounds odd.

I add water after every visit and could not have missed this prior to their check in, when I explained this and requested damages they flatly denied it and complained about charges. As I would never charge a guest that adamently refu

i have the opposite problem. i have damage done but the guests deny that it was them. they say it was the guests before.  the guests before deny it. the cleaner says it was all fine between guests and im out of the country. so i have a broken door, light switch  dish and shelf -  everybody denies it and worst, i got slated in the last review for poor maintenance although i left all in perfect condition. 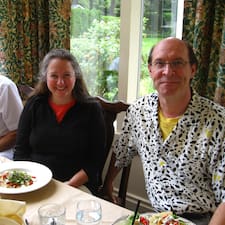 Sounds like the host was stating facts, not actually accusing you. But it may have seemed that way to you. My advice is to let it go. They were seeking answers and you gave them your answer. That's it. Unless the host actually files a claim with Airbnb, there is no reason to think they will take this further. Significant time has elapsed, and they didn't file a claim. So that's it. Enjoy the fond memories of your stay and move on.

Actually, the tone was accusatory. It was more like, "Is there anyting you want to tell me about the flat?"

Funny thing is, when I had problems with hot water running out within 5 minutes of showering at the flat on the first night, the host couldn't be bothered to respond to my message/request for help the entire next day. But suddenly, she was very quick to send me multiple messages back-to-back that sounded shady, like, "I just went to the the flat" (2 days after she'd left a great review for me), "and there was broken glass, what do you know about it?". I was flabbergasted. I left the flat spotless, I never touched the window, and she left a good review about how clean I'd left everything, and suddenly she's noticing broken glass TWO days later? It just didn't seem right.

Needless to say, I haven't heard anything since, so hopefully that's that, though I haven't checked my credit card in the past week. Does Airbnb reach out to the guest and discuss possible damage claims or do they just go ahead and take the money from your card?

Such a shame, really, because I enjoyed the flat very much while there. But I'd never go back to that listing again now, it's left me with an uncomfortable feeling about my impression of the host. 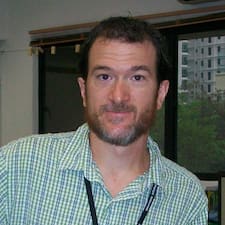 I recently stayed in an Airbnb room.  After checking out the host accused me of leaving the room a mess and of breaking a piece of furniture.  He attempted to collect money from me.  I refused to pay and never heard from him or Airbnb about the matter.

I'd like to know that Airbnb is tracking this type of behavior.  I'd like a person who does this to no longer be a host.  In other words, if I as a host, repeatedly attempt to collect damages from guests, but never can because of my false claims, will Airbn stop me?

@Matt148  I think the vehicle for tracking any member (host or traveler) is the "flag" under the profile name.  So there are two issues in your host's behavior that I noted.  One was his statement about the damage which he is required to do before seeking to file a claim with Air BNB.  More importantly, the host directly seeking damages from you rather than through Air BNB and his security deposit (he had a security deposit, right?) is against terms and conditions.  That is what you would want to submit via the flag.  While your one flag might not cause the listing to be shut down, if there are other complaints, Air BNB might move to cancel his listing. 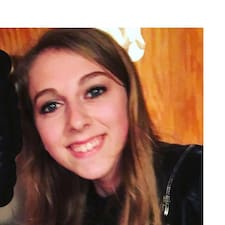 Actually, doesn't a host go through the resolution center and request payment for damages from a guest first, then if the guest refuses, the host can ask to involve Airbnb to use the security deposit?