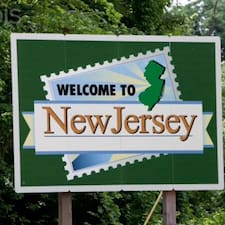 How does one go about getting properly compensated after trying the resolution center, involving Airbnb and only receiving a $180 from Airbnb while they close the case.

I’m the second host on another property and a well documented party happened on that property.  It’s a gated community where neighbors called the cops and the sheriff came in and shut down the party.  The owner did not know until the following morning when a neighbor reached out to her.  The owner may I add lives over 600 miles away so she depends on people to care for the property.  She was formally written up by the community managers with a case still pending.  That said, the guests destroyed the lawns of neighbors by parking their vehicles on neighbors properties.  They also literally broke the flooring in the home in five different areas.  They broke one of the new couches (only bought 4 months earlier) in the home, broke one of the toilets and the list goes on.   The damages were extensive and well documented by the caretakers.  My friend (the owner) asked for damages upwards of $2500 and still didn’t go to as much as she was really out of pocket after having the floors fixed, couch replaced, toilet replaced etc.

Airbnb insulted her by throwing $180 at her.  If Airbnb won’t cover damages in well-documented parties with well-documented damages, then why bother using them? My friend is considering taking Airbnb to court and I fully support her as I am just as outraged.  We also cannot get anyone on the phone to speak to.  They sent an insulting message to me when I tried to reach out as the second host.  The message was to go through the resolution center to reach the guests.  This has been done.  Airbnb once was a good platform to use... NO MORE!!!

By the way, parties are not allowed in her home and never have been allowed ever. It was an illegal party without her knowledge.

Re: Airbnb failure to support

@Angie31 The small claims court feels like the only way to go. I assume Airbnb didn't give reasons for their derisory offer? Sadly this CC is littered with similar stories of hosts being let down by Airbnb.

Re: Airbnb failure to support

Thank you! It will have to come to that.  Airbnb is not doing right by their hosts and it’s sad that other hosts are having similar problems.  It’s also hard to get bad guests removed from their platform.  So the behavior is pretty much tolerated by Airbnb because in the end they will turn their backs on helping the host. 😖