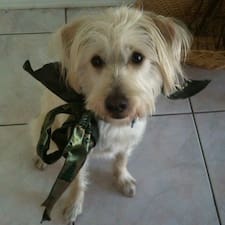 Would love some advice here.  Some guests used a fake identity (great job Airbnb Trust and Safety team!) and rented my unit for one month.  They were wanted criminals and by chance got caught by the police 10 days into their stay.  The police never even notified me of this so I didn't know they were arrested, until later.  Here's the article on the bust:

While in jail they gave access to a bunch of random people.  I believe they sold this on the dark web.  A series of folks were then using inhabiting my unit (meth heads kicked others out). I didn't know this until security with the local business improvement district said he had seen suspicious activity at my building.   I immediately went to the unit, and found 3 meth heads in the unit.  Called the police and had them removed.  They left a big mess behind, including drug pipes, stains, etc. Sheets could not be used. Many household items damaged or simply gone.  Of course there is meth residue in the unit too.

This happened October of 2020.  I submitted my host guarantee claim in October to cover professional meth cleaning, replaced bed sheets, replaced household items, etc.  Airbnb provided the standard $700 to cover changing the two locks for my building, but that was it.  My other claims have never been addressed and are STILL in limbo.  I have literally called and emailed Airbnb support more than 30 times.  Each time they say "they are looking into it."  The case was transferred to someone else in January 17, but again, it got left in limbo.  Support refuses to put me in touch with Claims directly and Claims won't respond to any emails.  It's incredibly unprofessional and frustrating.  It's like emailing a brick wall. Thanks in advance for any advice.

Sending you a wanted criminal as a guest, causing lot of damage, and then only reimburse you the money for changing the locks....