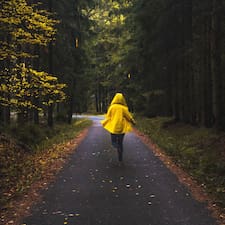 so I just used the airbnb for the very first time with my younger sister and while I had a great stay, now came small problem. Anyway here is the thing - we left the place, we were leaving early in the morning, because of the flight, so the last check of everything I did was in the evening before. The two days later I received kinda angry message from the host saying how all the bed sheets and whole bathroom floor and toilet and etc was soaked with blood and the beds and shelves were full of food and it sounded like we left a huge mess there from her posts. Then she sent me photos and from what I saw, the sheets were in fact soaked with some drinks, but it was not blood,  I assume my sister accidentally spilled juice there or tea there (and she didn´t tell me about that as I had no clue about that until the host told me). It wasn´t blood for sure, I can recognize blood stains very well. Additionally she sent photos from the bathroom and there were like small brown drops on the toilet from under - i know my sister had really bad bad nausea one day and she was throwing up, but we tried our best to clean the toilet, floor and sink after that and it all looked clean the evening before we left, but we probably missed these two drops. And then she said the shelves and beds were full of food leftovers, but all what was there were just few small breadcrumbs that were not even that noticeable unless you really looked closely. We washed dishes, cleaned the kitchen, we made the beds before leaving and didn´t move with anything, didn´t destroy anything and the wet towels we put in order on the heating in the bathroom. The host is now asking us for like 60 euros as an additional cleaning fee. There was no cleaning fee added before and in the rules there was also not stated that additional charges can be applied after the stay is over. There were a few rules like not to make noise after certain hour, not to waste with water and check in or check out rules, but nothing about the other fees or etc. There was only a rule to leave the things as they were before, what we tried our best to follow and not to move any furniture, not to make any mess and put everything back where we found it and not to jump or make any noise, the host even told us during the stay how calm and quiet and organized we are and how she appreciates it. But now the host asks for 60 euros - for damage of the sheets 20 euros and then 40 euros as the additional cleaning fee. Is it okay for her to do so and is it reasonable price for such a kind of "mess" we left? I don´t really want her to leave me bad review, especially since it is my first time using airbnb and also because most of these things were also kinda caused by my sister (the breadcrumbs were on her bed and she spilled the drink on the sheets) - anyway, the host said that we have 3 days to pay or the Airbnb will get involved and I´m worried they might block me or delete me and forbid me using the service in the future. I guess I will just pay that but one my friend who has been longtime Airbnb user - both hosting and being guest - told me, that i shouldn´t pay anything and if something, only the bed sheets, but not the additional cleaning fee, as it was not stated anywhere before and that the small drops and few breadcrumbs are something that you can wash or sweep in like few seconds, so totally unreasonable to charge this amount. But I´m really worried how it might affect me and my profile if the host gives me bad review and how the Airbnb might handle this. Thank you for all your responses.

Re: Charging extra money for cleaning and "mess"?

@Helena562  I suspect there was more than two drops of whatever in the bathroom and more than a few breadcrumbs, or the host wouldn't have made any big deal about it. Just the fact that you say "we tried our best to clean the toilet, floor and sink after that " indicates that you don't really understand what cleaning up your mess entails. There's no such thing as "trying our best" to clean- it's either completely clean when you're done, or it's not. And the fact that your sister spilled something all over the bedding and didn't think it worth mentioning is quite clueless and rude.

I suggest you pay what is being asked of you without arguing-the amount sounds reasonable, considering that you weren't charged a cleaning fee at all when you booked. If you do this, and apologize, the host might still mention in the review that you did leave a mess, but were forthcoming with reimbursement for it, hopefully, which will not be as bad a review as if you simply refuse to pay or deny the mess left behind. And in the future, if you are travelling with someone who is too immature to clean up their mess properly, you, as the responsible booker, need to make sure all is in order before leaving. And also inform hosts if something is spìlled on the bedding or towels, so the host has an opportunity to deal with it ASAP before the stains get set in, never to be removable. Accidents happen, but hosts are much more likely to chalk some mess and such up to the cost of doing business if the guest fesses up instead of just walking away, denying, or trying to hide it.

Re: Charging extra money for cleaning and "mess"?

This is the photo of the bedsheet that was sent to me saying how big mess we left there and how ashamed we should be for all that food we left there inside the bed...and there is the photo she sent me of the bathroom - I mean of the toilet. I didn´t know about the stained sheets until the host actually sent me the photos - for me, I´m okay with paying the sheets, that is clearly our mistake and I realize that. I just probably wasn´t aware that even small breadcrumbs like this in the sheets are considered such a big mess and problem - I stayed in some other places through other rental services and I always clean after myself everything, dishes, bathroom, room and there was never single complain, even now the host said that the kitchen was left in perfect condition as if nobody was using it and I basically spent there most of the time cooking, eating, watching things on my computer and doing many things, because the room was mostly occupied by my sister. I said that we tried to clean everything as best as we could - by this I meant to say that we cleaned all dishes, plates, cups, swept and washed the table and cupboards, we swept the floor in our room, we would even vacuum but the host said they don´t currently have working vacuum cleaner, so it is okay just to sweep it, we swept the shelves, we took out trash, we cleaned the bathtub, shower, sink and surroundings, used disinfection for the toilet and put the towels at the place where the host informed us to put them after our stay. I mean I asked before leaving what we are meant to do and how clean and she told us that we can clean it how we feel like but that she can take care of rest of it and I realize that the host can be used to different standards of cleanliness and if we didn´t meet it, then I´m really sorry. But thank you for your reply, I just wanted to know how the rules are and if the host can ask for money even after the stay and if the amount is adequate. Thank you very much and yes, I´m aware that traveling with my sister in the future will require more attention from me and if I would know about the sheets, I would tell it to the host but I found about that only after leaving. Thank you! 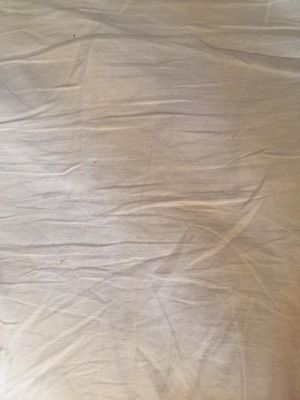 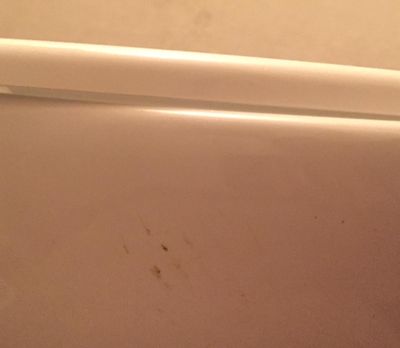