Guest ask for partial refund because of smoke odor

So. I have an apartment, and one of our longer tenant has been smoked in there, which caused the odor hard to remove.

We have tried many things to get rid of it include viniger and baking soda on fabrics and walls.

The guest who is living there right now(3days) are complaining about it, and says one person in his group are very sensitive to it.(Although the smoke odor is much weaker than the very beginning) and wants a partial refund.  He says he wouldn't book it if my listing says there is smoking odor（who gonna mention it....)

To be honest, he is not the only one complain the smell, but most of them just complained a little bit and thats it.

I will only operate this 2bd Airbnb till the end of next month and close it.

And I know even I offer some discount to him at this stage, he will still give me poor rating.

I want to hear some suggestions from the community, and if you suggest discount， how many percent should I offer?

What would happen if I denied his request?

@Luke224  I wouldn't offer anything. It is not your fault, you didn't allow the previous guest to smoke and you couldn't know he will smoke. You did all you could do to vent the room.

Your guests should use less A/C and more open windows to vent.  A/C is making smoke odor even stronger. Cold and moist air make the smell stronger.

Synthetic carpets and curtains catch the odor more than when they are made of cotton or any other natural fiber.

There are some air fresheners made specifically to cover the tobacco smell so you may try them.

I don't have such problems, our house rules allow smoking and if someone didn't read it then too bad 🙂 But till now nobody complained so it seems very few of our guests smoke inside and open windows are effective. But sometimes we do have a problem with fine Indian, Jewish or Chinese cuisine smell, it can linger for a week or even more. I always apologize to my guests and they understand it is out of our control. 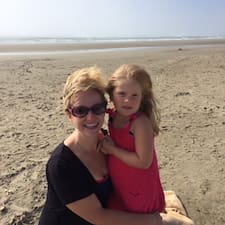 I’m currently having a similar issue. A guest refused to check in today because she said my condo smells “of heavy smoke,” and that her family member has a medical condition and is extra sensitive. I don’t smoke and I don’t allow any guests to smoke. I just stayed at the condo myself 2 days ago and I noticed a very slight secondhand odor when I first walked in. Like MAYBE someone had come in with smoke on their clothes. But I thoroughly cleaned the space - seriously from top to bottom - and didn’t notice a smoke smell afterwards. Well this lady who cited “heavy smoke” smell wants a full refund and says she had to book a very expensive hotel room at the last minute because of this. I contacted Air Bnb support and they’ve passed me onto another level of specialist for a THIRD time now, and I’ve been waiting several hours for a reply. I’m inclined to not do a refund since I don’t agree at all that there’s is a heavy smell that makes the place uninhabitable. If there was, I wouldn’t have stayed there myself this week!!! People can just be such a pain in the a** I find, and want exceptions and something for nothing. It’s gets to be a hassle. I’ll have 20 non-issue great guests and then one pain in the a**, but the one is still always exhausting.

@Rachael171  if she refused to stay then she had to cancel to get a refund and to make your calendar open so you can rebook.

You don't have to do anything.

Good point. She should have to work the refund through Air Bnb if she wants to cancel. Today was her check in date, and my refund policy is set to Strict.

@Rachael171 my advice give her a refund ask them to call ABB to cancel and open ur calendar and apologise again,  otherwise, u will end up with 2/3 stars rating and ur business will suffer.

I had a similar case but the guest never told me anything during the stay but review time 3 stars across and u don't recover well from that as ABB drop ur listing to the bottom and ur booking will suffer for months to come.

The fact that you are closing down your Airbnb business doesn't really come in to it if you want to be a good host. I'd be straight on to Airbnb C/S if a place I booked smelled of smoke and I'm afraid to say I disagree with @Branka-and-Silvia0  because while it isn't your fault, it is your problem.

I would have re-painted/deep-cleaned to fix this but that ship has sailed for you. Good luck finding something that will help make these guest's stay a little better.

@Gordon0  I don't offer any refund. If a guest finds something that bothers him then he doesn't have to stay. He can cancel and go somewhere else. I don't see any point of keeping the reservation, staying in a place and suffer, collect the refund and then leaving a bad review.

We didn't have any smoke smell related problems because we open all the windows and vent the entire apartment for a few hours while we clean. We also noticed that smokers keep the windows open through the day and vent frequently so there is no smell at all when they leave. Nonsmokers in contrary often do not open windows at all and use A/C as a ventilation system.  The apartment is humid and lingers of cooking, toilet, smelly shoes,  etc... .it's disgusting.

We have food smell problems after each Indian and Chinese group of guests. They cook a lot and the smell linger for days. When it happens I always mention it to the new guests and apologize and ask them if they want to stay or cancel immediately. They all stayed and never mentioned it in a review or asked for a refund.

It is not my fault if guests cook aromatic food and it is not this host's fault her previous guest smoked in her non-smoking home.

Guests don't have to stay if it bothers them. To stay and then ask for a refund is really low and I don't support it.  😞

While it's easy to say the guest doesn't have to stay, @Branka-and-Silvia0 , it would often be considered a moot point, as the practicalities are very different, especially if they arrive in an already busy location where they'd struggle to find alternative accommodation.

While I hate the smell of smoke, I'm not going to sleep on the street in order to de-risk the situation for the host. That said, I'd be straight on to the host and be looking for alternative accommodation too.

I guess it's about being clear and transparent upfront (as a host) and knowing what you're signing up for (as a guest). I absolutely wouldn't stay at a listing where smoking is permitted (I check) so I'd be pretty upset to find a nicotine smell (which @Luke224 admits to) on arrival.

I think this is one which we're going to need to agree to disagree on.

well I guess we are "lucky" here, Zagreb is overflooded with Airbnbs and there is always an alternative:)

We had a few guests who booked and then, afterward noticed that we don't forbid smoking. They contacted us and ask if our apartment smells of smoke.  We said we didn't notice, and nobody complained but if they are very sensitive then they can cancel if they want because we can't guarantee. They didn't cancel and afterward, they said they were afraid before arrival but they really didn't sent anything.

The problem is - in Croatia smoking is allowed in clubs, pubs, and cafes and if you go there, specially in winter, your clothes and jacket will smell bad and you will bring it with you back home. So if you ever decide to come here I would suggest you avoid winter time 🙂

@Luke224  This s probably too late for the party but I would seriously suspect that whatever you did or said would not change the view or review of your guest.

What did you do and what was the result?

Only your Victoria Secret listing is stated as no smoking. Was it this listing which the cancellation is for or your other one? If the cancellation for is for this one, then your previous guest has left you with an unpleasant problem and it would be worth remembering that your rules are there for a purpose. In this case your previous guest has really abused your hospitality and left you picking up the pieces.

I'm wondering, if this is the case and your bookings have all been with Airbnb whether there you could claim for your losses via Airbnb for your previous guest abusing your house rules and causing house damage ?

You have 20 days to make a claim for damages, Airbnb cannot dispute the consequences of your previous guest, so I wonder if a claim might be appropriate? Redecorating and refurnishing could be an expensive exercise for you.

I have a positive update on this. Air bnb support gave the guest a full refund but funded me for 2/3 of the stay to help with my losses. They also cancelled the reservation and freed up my calendar. It took about 24 hours to get this resolved through air bnb, but things moved way faster when I called them instead of texted.