Guest left early and kept my keys until I give a refund. 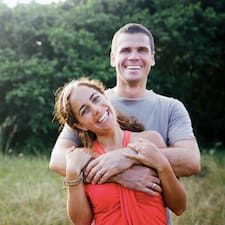 I'd love to hear what you think!

I'm a co-host for a property which is part of a block of 4 apartments, of which one is our Airbnb. Last week I checked in the friend of a guest who would also be staying there, as she arrived earlier. I explained everything to her, also where to park- inside the garage, not in front of it as my neighbours won't be able to turn their cars.

Two days later, a neighbour calls me to say my guests have parked 4 cars, and there is no way anyone of the neighbours is able to move their car out. I called the guest, and she moved all the cars out. I sent a message explaining where to park, and to only park 1 car which she replied to.

The next day, again 2 cars parked. Again angry neighbours. I went there to meet with the guest and made her count the cars. I was very upset. She apologised profusely.

The following day, another angry neighbour, because: again 2 cars in the parking area! As I was contemplating taking the gate remotes from them so they can only park outside, and not bother the neighbours anymore, the friend of the guest calls me to say there's a family trouble and they have to leave early. They had booked 30 nights, asked for a reduced rate which I gave them. And now they wanted to leave after one week. I was happy they were going as I couldn't handle one more complaint from the neighbours.

I told them to drop the keys in my postbox as I wasn't available to meet with them right then. I would chat to the owner and let them know about the refund they had asked about. Then they decided to "keep the keys, until we come to an agreement". I spoke to the owner, and we decided to refund them the last two weeks of their stay, since we can't get bookings for this coming week anyway. And we decided to calculate normal rates for these two weeks as it is not a long stay anymore. Fair right?

I sent the guest a message to explain this yesterday, but no reply till now. No reply on whatsapps either. I am not feeling very comfortable that they still have my keys, and are not communicating with me. I have changed one of the padlocks, so they can't just come in and use the house without having to ask me about this lock.

Now, how long do I give them? They have another whole 3 weeks booked, so I guess they haven't stolen my keys. But the way this is going is not making me feel happy and certain I will get the keys back.

I can't ask Airbnb for help through the app about this reservation, because this option is not available to co-hosts. This is not very helpful.

I'd love to hear your thoughts and ideas here! Thanks! Esther 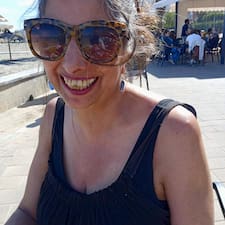 Personally I wouldn't have offered them a voluntarily refund. Why should the owner be out of pocket because the guests chose to leave early.

I would just tell them that if you get a replacement booking you can consider a refund of the days rebooked after that guest has completed their stay.

If they refuse to return the keys I would charge them for that.

Do leave an honest review.

Yes I was considering that, but I also like my keys back.. The guest hasn't cancelled on her side. Hoping a refund would be an incentive to get my keys back. It's not much because they got such a good rate for a long stay. As long as I don't have my keys it is still booked by them, which means no new guests...

If I cancel, we get all the cancellation penalties and the guest will get a refund am I right? So I think I can't do much to open up my calendar until she replies to messages again..

Now the guest contacted me to say she is staying. attached was a long email with all the things I am doing wrong as a host, and how bad the place is. She is clearly not happy to stay there. And I am clearly not happy to have her for another 3 weeks. How do I cancel without all the penalties?

Call (not write) your local Airbnb contact number. If you get somebody with half a brain, and you calmly explain it and say you're willing to offer a refund for unused nights, you may get a penalty free cancellation. And ask the Airbnb rep to cancel it by Airbnb. If you cancel it, the system may be unaware/ignore your dialogue with the rep and penalise you anyway.

Thanks, I did just that. Waiting to hear what they come up with. Thank you!

Just an update. My guest is still here.

I called, sent through evidence, was told they would find a resolution that would work for both me and the guest. Then I didn't hear anything. I called the first time on Monday, messaged a few times to send evidence Monday night, called again Tuesday but didn't get much out of that.

Thursday I got a message. "Host's can make changes on the reservation by sending an alteration request."

Apparently there is NO WAY that I can cancel this reservation (even if I didn't mind the penalties). Because this is a long reservation (more than 30 days). So the only way to get this reservation to disappear is to ask the guest very kindly to accept a booking change.

Thats all. No resolutions, no cancellation.

Luckily my guest changed her mind, decided to ask for forgiveness and explained a bit of the background to what happened. She's doing her very best to be a very good guest and its ok that she is still here, she hasn't parked any cars wrong again so that's all good.

But I'm quite shocked at the lack of support from Airbnb. I haven't had many issues, so I'm glad I have never had a huge emergency. But it is good to know that I can not expect much from Airbnb in terms of help. I have read many threads on Airbnb support and was hoping it would be better. But this is quite shocking, they earn way too much off me to then not help when I need it.

I think I'll be extra careful with long reservations from now on. Seeing that there is no way out if it's not a good match.