Guests having sex in common area 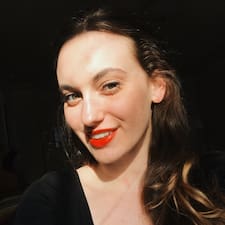 HELP! This just happened to my parents, I’m posting on their behalf. They have a separate studio next to their primary residence that they have listed on airbnb. They allow their guests access to the yard, including the hot tub and parking areas. This area is shared with the house and exists in close proximity to both the main house and the guest house.

My parents came home from dinner tonight to find their guests completely naked in the common area hot tub that is fully visible from the house, probably less than 10 feet away, having sex. They did not stop. Even as my parents closed their blinds, their windows are literally floor to ceiling too.

What can they do here? They have to drain the hot tub. Extra cleaning fee? What should they put in their house rules to make sure this doesn’t happen in the future? Anything on indecent exposure or anything lol? What a nightmare, you wouldn’t do that at a public hotel hot tub? Just disrespectful. Doesn’t matter what happens behind closed doors but just out in their yard? Would appreciate any advice here. Thank you.

Re: Guests having sex in common area

@Gabi167   I hate to break it to you, but people get caught having sex or pleasuring themselves in the shared hot tubs of hotels, gyms, and apartment buildings all. the. time.  And most of the time, the water is not drained after. Now think about all the times that people do this and don't get caught. Plus the things you can't see, such as peeing in the water. If you're squeamish about the idea of being immersed in a tepid soup of virtually every possible type of human excretion, steer clear of communal hot tubs!

As for your parents, I can certainly understand their discomfort here - they know if they interrupted and spoiled the fun, they'd have disgruntled guests, and yet at the same time they've seen things they can't un-see. They could try to ask the guests for an extra cleaning fee via Resolutions, but such requests are almost invariably dead on arrival - the guests have already shown themselves to be disrespectful, so of course they'll refuse to pay, and Airbnb is not going to back the hosts up on this because it's not considered physical damage. So all they do there is set themselves up for a nasty revenge review.

To address future guests about this kind of thing, they could put a very conspicuous sign alerting guests that the hot tub is under CCTV surveillance, but that would seem creepy to the more modest guests while emboldening the exhibitionists. They could have a rule requiring swimwear in the tub, but that would still mean taking the awkward step of enforcing it if they spot nudity. They could choose to rent to only solo guests, which might make life easier if the rental is not their primary income. Of course a single person can still find ways to make the water gross.

The best solution in my opinion would be for them to remove all mention of the hot tub from their listing and take it off the amenities list. So instead of guaranteeing it to every guest and regretting it later, they could selectively offer access as a special treat to the guests who they trust to use it respectfully and hygienically.

Re: Guests having sex in common area

Thank you!!! I appreciate your insight and suggestions, great ideas here.