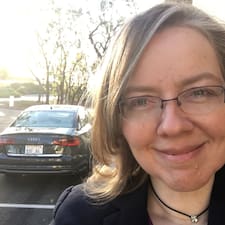 Long Story:
In searching for homeowner's insurance in order to home share my home under Airbnb, I read all 750 replies on the "Homeowners' Insurance - Help!" page in this community (I think perhaps it's been capped at 750 - couldn't find a way to reply), and took a number of actions as a result.  Just wanted to document what I learned, and where I ended up.  It may help those of you in the New England area looking for insurance!

1. I spoke more than once with Sean in Illinois who accounted for a number of those 750.  He's not able to write policies for NH (if I recall correctly), other than, perhaps, with Proper Insurance.  He did have a bit of advice otherwise.

2. Proper Insurance will *only* insure you if your guests have a separate entrance or you are not at home when the guests are present.  So it wasn't going to work for the shared living situation we intended with private rooms.  From the 750 replies and my own experience, Proper has been saying for several years they are about to have that shared living option.  Stand by...?

3. I spoke with Progressive, Allstate, and Nationwide who were coming up on various sites as they might do airbnb.  None (that I spoke with) is willing to do so for New Hampshire.  Given advice on this site, I avoided speaking to our own company until I had a Plan B in hand, just in case.  Ultimately our company (via a broker, not a captive agent) also said no, they don't do that.  Also, I think peers.org and some others mentioned in those replies are now defunct.

4. I spoke with a couple of brokers who found policies they could write through Vermont Mutual or Co-operative Insurance of Vermont.  These were quite a bit more expensive than our existing policy, and I didn't "have peace" about these options.

5. I Googled and found a blog on insuring airbnb in New Hampshire (!) by hpm [I don't think the actual link would stick - hopefully I've given you enough words to find it yourselves].  I also found a nonprofit checklist of what to ask potential insurance providers, and had a terrific experience asking and getting detailed and thorough answers to those questions, from Samantha Leahy of HPM Insurance in Laconia, NH.  Samantha's company was able to write a policy using Union Mutual (also of Vermont) that had a very reasonable homeowner's rider (I think that's what it's called) for homesharing that otherwise duplicated our existing homeowner's policy.  They like Union Mutual, and UM looks to have been around quite a while, so hopefully will be around quite a while longer!  I've been very pleased with HPM so far and glad to share that with you all!  I've checked with them and they say they can write policies for all of New England.

Your post should be helpful to hosts in New England.

I suspect that there are people who don’t have insurance because Airbnb seems to be telling us that we don’t need it.

I was told that myself by the property manager we used to have. HE LIED!

You would be ill-advised to trust the “Million Dollar Host Guarantee.”