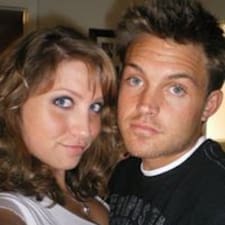 Has anyone else had what seems to be a slew of horrible guests since coming back from the Pandemic lockdowns. We started getting guest back around June, and it’s been a real doozy.

I was lucky if once every 3 months I would get a guest that’s a little strange or dirty. Now I’m lucky if I even get someone who respects my property, let alone an ordinary level of clean. Of the 3 years Ive been doing this I’m about to put an end to renting.
Is this just me? Has anyone else noticed this trend, and more importantly have you made any successful attempts at stopping it?

It’s such a bummer, it’s one of the few jobs I’ve ever enjoyed, and If this continues I’m done. It’s become frustrating and time consuming. Also don’t get me wrong I can deal with problems, but I can’t deal with crazy. That’s the primary difference.

Re: Horrible guests since Pandemic??? 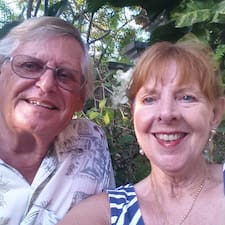 @Alex1286  Yes ! Same here.  Am trying to get the following letter to AirBnB, but having issues getting an email address or getting this issue raised at management level:

I wanted to make you aware of a situation in Bali that has been prevalent for the past couple of months during the Covid pandemic.

I have been an experienced host for many years with AirBnB and frequently a SuperHost.  Like most, we have reduced our tariff 50-60% due to the pandemic and closure of international borders.  However, two types of guests are now looking in Bali: (1) Indonesian domestic tourists who have very little money and (2) Foreigners, mostly Eastern Europeans/Russians with Kitas's (temporary residency visa) returning to Bali to escape the northern hemisphere winter. This latter group typically wants 5-6 months’ accommodation.

We normally do short term holiday stays up to 1 month but are prepared to do longer - up to 6 months - during the pandemic.  The issue is that both groups are bargain basement hunters with little money and want everything for nothing (or close to it).  Our normal tariff is $250 USD per night for a premier villa.  We have reduced to $150 USD per night and $100 per night for stays longer than one month (this for a 3 br/suite private pool villa total 5000 sq. feet). We can't do it any cheaper than that, given the wear & tear that full time occupancy creates.  Problem is, these groups are contacting us via AirBnB with lowball offers (e.g. $600 per month) and clearly not wanting to book via the AirBnB process.  We are also getting spam booking enquiries via your platform: as many as 5 in one day, from Azerbaijan and other “weird” locations.  We have been declining them all based on their ridiculously low offers and no background or reviews (most having joined in December 2020), however, I am worried that too many continuous "declines" will look bad on our record. In the interests to keep our staff and properties safe though, we will continue to decline enquiries that look suspicious from people with no prior track record or wanting to do "deals" offline.  They are looking for "dirty deals done dirt cheap" and they're not the calibre of guests that we want or are used to in our premier properties.  I took my listings off instant book for several weeks to try to deflect them. They are now back on, we will see what happens... but it is important that you are aware that there are tides of cheap would-be renters coming in to Bali and that most self-respecting and experienced hosts would not want them as guests, thus you'll see high decline rates.

Please bear this in mind as you assess host performance for good villas in Bali.

Re: Horrible guests since Pandemic???

I totally agree with you.
My registration is recent on airbnb (summer 2020), I share the F3 apartment, it is clearly mentioned from the start in my announcement. I had accepted very few guests: automatic reservation disabled, and 100% of the travelers from France that I had accepted at my place were respectful and friendly. Reciprocal notation 5 * or almost, reciprocally.
This summer, automatic reservation activated, and it's a disaster!
Travelers whose country of origin I will mention, because in the messages of other hosts they have mentioned it:
Portugal, Italy, Germany, Caucasian type ... I am French of Indian origin. These guests: single men, once a man was accompanied by his girlfriend.
My experience :
Dirty toilets, messed up and dirty room, dirty dishes piled up! I had to remind them several times to flush the toilet, to keep them clean, that it was not for me to "scrub the toilets" after them.
To my reminders they became vindictive.
Became extremely noisy, disrespectful, messed up the room, accumulated dirty dishes in the room .... and no longer spoke to me.
One of the single men early on committed the sexist harassment, I am not saying sexual because there was no touching but he was sticking me behind me, ogling me, standing right behind me in silence, surprised when I turned back he did not move and continued to stare at me; asked me to accompany him to visit the city ... Then, refused by me, become vindictive, left the toilet. dirty.
These two guests, Italian and German, left my home before the end of their stay. The German, at my request, and the Italian himself, both following my telephone complaints to airbnb.
And there you have it, the last blow of revenge: the defamatory comments by reversing the roles. For the German, I was so upset by his lies that I did not write an adequate response or comment, the time has passed ... I had reported the profile to airbnb, in support pictures and I thought that would be enough.
No action from airbnb or rather support for guests; after their so-called investigation, after all the evidence i sent through photos, airbnb trusted the guests and closed my cases.
The lesson: you shouldn't expect much from Airbnb if you're a host. I have decided to contact local authorities in case of vandalism. And the justice department in case of harassment, aggression, racist and / or sexist discrimination. One should not be discouraged by the messages on the forum which clearly take position systematically against certain ethnic groups.
Not to be discouraged by the messages on the forum which accuse the hosts: "unclear regulations"! Well let's see, you have to write in the ad that you have to flush the toilet. Humm...

For my part, I record and accumulate evidence of all kinds on the dysfunction of airbnb for the future. I also learn from experienced hosts, their messages and their ads, and we can hope to better protect our home.