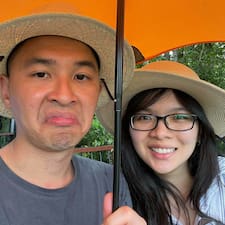 2 days after confirmed the booking, host contacted me asking to add one more night or might cancel the whole reservation.

There was no rules set nor the description to tell me that until the host specifically sent me message. Although he offered 25% off for that additional night, it is still a waste as  none of us can make it.

After discussion, we decided not to go with it. But now the host said he will take the bookings. What should I do since cancellation from my end will cost 50% of the bookings but unsure he will not cancel me last minutes?

@Tam2009  This is not very professional behavior on the part of the host and if you don't feel okay about keeping the reservation, you could contact Airbnb customer service, explain what has happened and your fear of him cancelling last minute and see if they would agree to a "neutral" cancellation where you'd get a full refund.

What I can tell you is that if the host cancels, Airbnb will block the dates so the host can't rent them to anyone else, so that is a deterrent to hosts cancelling.

But if he lists on other platforms, he could get a booking for those dates through the other platform, so his calendar being blocked on Airbnb wouldn't matter.

@Tam2009 That is unacceptable behavior from the host. You don't have to accept that. If the host cancels, you should get your full money back though. I think your fear of the host cancelling last minute is not unreasonable and that is a large possibility. You should contact Airbnb and explain what the host told you. CS has the ability to see your message stream with the host if the communication was on the platform. Get them to cancel it for you with full refund based on that.

@Tam2009  Something similar happened to me once as a guest. I had a place booked during a big event, and as the date got close and basically everything in town was sold out, the host requested that I pay a drastically higher rate because she'd made a "mistake" in pricing. I asked if she was willing to honor the booking for the price we'd agreed to, and while she didn't explicitly refuse, she made very clear that I was unwelcome.

I contacted Airbnb to advise - long story short, they recommended I cancel but refused to refund the service fee. In hindsight, I should have pushed the "trust and safety" rhetoric when asking CS to grant the "neutral" cancellation that @Sarah977 describes.

Like @Colleen253 , if I were in your situation I'd also be concerned about the possibility of a last-minute cancellation, because the host has already shown himself to be unreliable. With a group of 12 you need to be able to trust that the rug won't be yanked out beneath you. If it were possible to get out of the booking without losing fees, and a good alternative was still available, that would be my first choice. But I'd also look through the host's past reviews for some clues - has he established a solid reputation over the long term, or just lightly dabbled in hosting?