How to avoid 3 star reviews 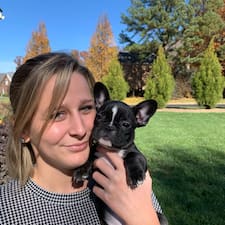 I rent a private room on Airbnb, and I’ve received mainly 5 star reviews but 3 3 star reviews. The most recent three star review I received was from a host herself who obviously understands how much that impacts our ratings and our ability to continue hosting. She said that her main reasoning was that there was an “odd smell” which is something I have never heard from a guest before. I have a lavender plug in air freshener in the room and had just had the carpets cleaned before this guest’s stay. I provide so many amenities for my guests including bottled water, snacks, individually wrapped bathroom amenities like a shaving kit and a comb, etc. It genuinely hurts my feelings and hurts my business so much when I get these reviews! I don’t know what I can do to get my rating up! Does anyone specifically ask their guests for five star reviews or convey to them in someway how important it is that we get five star reviews (when we truly deserve them obviously)? I really don’t want to lose my superhost status.

My Airbnb is very low priced with only a $10 cleaning fee and a $10 pet fee per night. I can only provide so much for guests who seem to expect a stay at the ritz Carlton. Any advice on how to not take these reviews to heart and what I can do better with a low cost rental?

@Sarah4157  You have really complimentary written reviews and even the one where she mentioned an odd odor is really positive, aside from that one thing, but I'm sorry she gave you a 3 star rating.

Quite honestly, plug in air fresheners are not okay in an Airbnb, nor are diffusers or anything like that. What smells good to you doesn't smell good to everyone- personally I hate the smell of lavender, and so do several other people I know, and if I arrived at a listing and found any kind of air fresheners, I would cancel and leave.

An Airbnb should be as scentless as possible.

I see that another guest mentioned the dog smell, so maybe you are trying to cover up the smell of dog with something else, but that doesn't really work. Dogs and carpets are a bad combo, but it's your home, so that's how it is. You may need to shampoo them more often, or sprinkle baking soda on them, let it sit for awhile, then vacuum. But don't try to mask the smell of dog with something else. And whether the dog goes in the guest room or not won't prevent the carpet in there from absorbing the odor. We get immune to the smell of things we're accustomed to.

Asking for a 5*review is not okay and can easily backfire, but since you are a home share host, you may be able to bring up the subject of reviews in the course of other friendly conversation with guests. I sometimes do this, but I speak about how Airbnb presents the star ratings differently to guests than they apply them to hosts. I never ask for a 5*rating, because frankly, ratings aren't a source of stress to me. I even say that a guest should feel free to give whatever rating they feel a place deserves, but that what is disturbing to me is that guests are led to think that giving a 4* rating, which Airbnb tells them means "Good", is considered a "needs improvement" or a "fail" when it comes to hosts. One guest told me she had been giving 4*s for places and hosts she really liked and would book again and was shocked when I told her a host will lose their Superhost rating for anything under a 4.8 average. She just didn't know and thought hosts would be pleased to get 4*s.

Do try not to take the star ratings personally- they are very subjective and really don't mean much. People are fickle and some guests actually say they never give 5*s because that means perfection.

Good written reviews make more of an impression on guests than the star ratings. They really don't care if a place has a 4.9 rating, or a 4.5 rating, if the price and location is right, and your written reviews make it clear that your guests enjoyed their stay.  And the occasional comment that isn't glowing is fair enough as long as it isn't a lie, and will either be something you can try to improve on, or not.

Hmmm I have always used plug in air fresheners in my home. Not really as a way to mask a smell, but I find it more pleasant. I suppose I can remove them all from the guest rooms or leave guests the option to use them if they want, but that seems complicated to ask them to do that.

I agree carpets and pets are challenging, but for now at least I can’t change that. I will try to take your advice to not take reviews from guests as negatively. I was just so surprised that she gave 3 stars when she said so many other positive things.

I don't know anyone who likes the artificial lavender smell

At the beginning of hosting, we also used plug-in air fresheners but we noticed our guests often unplug them so we don't use them anymore 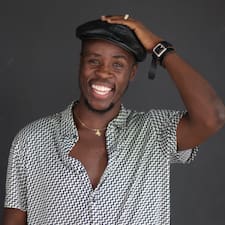 This is very informative and i totally agree 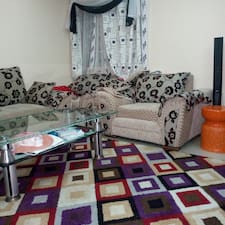 @Jeffray0 very  informative. It beats logic to get five star in communication. Cleanliness  check in yet get an overall 3 star because  of location.   Abb needs to remove  location  since we can't  move our homes elsewhere.   Am happy  to see a mombasa  contributor

I recently got a guest who ended up even canceling the reservation after stating the fact that she really loved the listing only to decline because of the location. Its very dissapointing.

@Jeffray0  You really need to rewrite your listing description. This is the place to describe the apartment, and the area. You give virtually zero information. Click on some other hosts' profiles here and see how to write a description. And it says no guest access???  What?

You are going to get a lot more unhappy guests if you don't make what you are offering clear beyond the photos.

@Jeffray0  Your apartment is really nice and unique- I love how full of artwork it is. Talk it up!

One thing when you write the description- try to make it as unique as you and your listing are. Listing descriptions that read like real estate ads are boring, just making it sound absolutely perfect and faceless.

To a large extent, you can attract the type of guests who'll be a good fit and appreciate what you offer by speaking to the demographic you'd like to attract.

Don't be reticent to mention things that could be deal-breakers for people- everyone's place has pros and cons. But you can spin the cons in a positive way. Hosts who have remote, rural listings where there may be no or sketchy Wifi, will say things like "No Wifi! This is the place to get away from your screens, unplug, unwind, enjoy nature and relax. If you really need to get online, there is a cafe in town where you can connect".

What you want to do is discourage bookings from guests who'll be complaining or unhappy, like the woman who didn't like the location, and draw in those who will love it.

With your modern, but eclectic listing style, I'd love to see some of the beautiful textiles from your country incorporated into the decor-  even if it's just a piece of hand woven and dyed cloth used as a throw. You may be ho hum about that stuff, having seen it all your life, but international guests love to see examples of traditional crafts in a listing when they travel.

@Sarah977 I really have to thank you for the motivation and enlightenment on the things i need to do, youve really showed me another side that honestly i hadnt noticed. I wish you would guide me more because i really see your wisdom. Thanks alot and i will give you a heads up you have a look at the asjustments i have made. If you notice i have tried to incoporate the maasai culture by putting traditional masks on the wall, i love your idea of the woven scholes, its a good pointer and ill keep it in mind. Looking forward to hear from you again

I have to disagree with two most amazing people on this board. I do ask for a positive review in the form of asking for feedback but also asking for a review in one small paragraph. There’s been a lot of research done on the subject and that seems to be the recommended way. Although of course this is personal and I know some people get turned off by it.

I also use a plug in but only in certain areas of my house where I do get a smell I cannot combat. In one bedroom it always smells musty from the garden right beyond it and in the kitchen - I don’t even know what it smells like but it doesn’t smell clean no matter what I do. 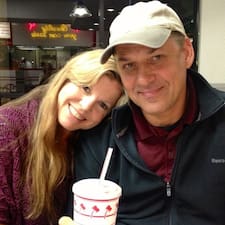 Hi I use air freshener to on lowest setting by the door so just when the walk in it smells fresh. I also leave a mini cook’s champagne with a welcome tag:Welcome so and so, a toast to you, please leave us a review 😀

I'm afraid that I find air-fresheners absolutely awful. And what makes it worse is those who use them seem to think everyone loves them (we don't). That said, I wouldn't three-star for it, but I would unplug it and mention to the host.

Cleanliness (perceived or otherwise) is ordinarily the thing you'll be marked down on, and some may think you're hiding something.

It's a hard blow when you get anything less than you want, but you'll move on.

@David7870 " I use air freshener to on lowest setting by the door so just when the walk in it smells fresh."

But it doesn't smell "fresh" to a lot of people- it smells disgusting to many.

Fresh is the smell of air, rain, sunshine, not some artificial scent plugged into the wall.