I'm being sued and Airbnb's lack of response is disturbing

Deanna44 in
Windham, ME
Level 2

I am being sued by a guest who is claiming negligence.  It is bologna, it was a freak accident, neither foreseeable nor probable.

Nonetheless, I still have to deal with it.  I have reached out to customer service nearly daily for almost 2 weeks.  They say my case has been assigned to someone and that they will contact me via email.  However, there is no case to work on yet as nobody has collected any information from me.

I have now rec'd a second notice from the lawyer representing my guests saying that prejudgment interest begins on the day I was served.

Is there a way to get the ball rolling on this?  I am kind of a wreck about it since I count on airbnb's host protection for this kind of thing.

Has anyone had experience with this?  What was the response time?  How did they handle it?

I have hired a lawyer in the meantime and he is going to contact Airbnb as, after reading the policy, he believes they should cover me. 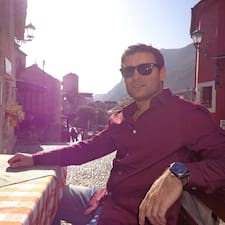 Hi, I do not know if You resolved problem, but i had familiar situation with guests who didint liked property turned to Airbn claiming they were attacked by me (and i was 100 km away in other country) To cut long story short guest couldnt proved any of alleged accussation, however they paid them put full refound although i had strict policy of cancelation. When i turned to Airbn support to ask what if final conclusion of investigation they said iam still Superhost, but they turned out my request  #as they do not need to provide it to me"!!?? totaly lack of support from them, avoid this site as partner.. 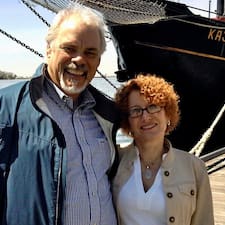 @Deanna44    Hi.  Not sure what the status of your situation is since you posted your question a little over a month ago.  I hope you retained yourself a good attorney, since Airbnb's "Million dollar host protection guarantee" is largely just a gimmick.  Best of luck to you and please keep us updated.

Deanna44 in
Windham, ME
Level 2

I am still awaiting a resolution.  Since I wasn't getting anywhere with Airbnb, I did hire an attorney.  He checked out the insurance company that ABB uses and they seem legit.  The problem was getting referred to them. ABB just kept putting me off.  Finally,  a friend suggested calling them out publically on social media.  When I did that (Twitter), I finally got a response and was put in touch with a third party claims adjustor.  The insurance company reached out to me and had me send them a bunch of information on June 25th. I have not heard anything since then.  I recently emailed them requesting a status update.  So far..... nothing.  I would think they would want to get it resolved as well. It has been so stressful. I have not rented on Airbnb since this all started.  I always felt confident renting as I believed Airbnb had my back.  Now I feel hesitant.  😞   I will post again once I hear more.

....and keep my attorney on speed dial.

Thanks to those who responded. 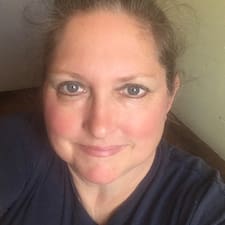 Elizabeth1262 in
Winthrop, ME
Level 3

This is actually one of my biggest fears, as I had a guest arrive who clearly had trouble walking and who had not fully read that I was on the second floor with steep old fashioned New England Cape stairs.  In addition his partner claimed she was "allergic to cats" so badly they ended up not staying.  It clearly states I have 4 cats in my description (along with photos) as well.  I made a point of assisting him down the stairs by walking in front of him and also walked him to his car (he used a cane) so that no "falls" could occur.  I will be following your saga closely to see how AirBnb handles this!

@Elizabeth1262    Same here.  We have four cats who are allowed to roam our property freely(but always stay inside at night).  I plastered my listings with pictures of the cats, mentioned them in several place in the listing, including the pre-trip screening questions, yet I seem to still get guests who don't bother reading the description and then end up surprised at the fact that there are cats( "Can you  please lock your cats up, I'm allergic." is what I often get). 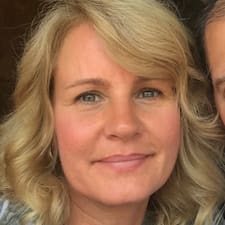 @Deanna44 , what has been the resolution with this? Could you briefly elaborate what the accident was just for reference sake and what sort of compensation they were seeking such that they accrued interest?  Thanks