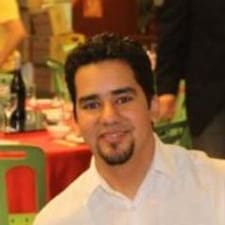 Trying to book for one month. My wife just told me about fake accounts and now I’m Too suspicious of everything!

@Blaz18  There's no need to be suspicious of everything. The fake accounts, where people get scammed out of their money, are ones where they answered an ad they found on some other online site, usually for a long term rental. Then the scamners send them an email asking the mark to send their ID info, gives them some long story about why they are renting it, that they will use an Airbnb long term rental agent (there's no such thing) who will give them keys, then gives them a link to a fake look-alike Airbnb site (but not an Airbnb URL) and tells the person to send money.

Occasionally the scammer will post a listing briefly on the real Airbnb site so the scamee thinks it's legit, but that is always preceeded by the emails, etc, I mentioned. That ad gets removed the minute the guest falls for it and sends money, or tells the scammer they know they are onto their game.

The link you've posted is a real Airbnb link. There's nothing suspicious about it, as far as I can see. When you book through Airbnb, you are charged by Airbnb through the payment method you have on file with them. Hosts aren't involved in that process and Airbnb doesn't release the payments to hosts until 24 hours after a guest checks in. So your payment is protected, you aren't sending money to a stranger.

If you have any doubts or questions about an Airbnb listing, that's what the "Contact Host" button, under the listing description is for. Just send the host a message to ask whatever and get a sense of the host to set your mind at ease. If you get a prompt, friendly answer with no weirdness, there's really nothing to worry about.

Welcome to the community!😊

You can always ask the host question, contact Airbnb before the payment and Identify the scam listings on Airbnb. As following,