Leaving a Negative Review as a Guest. How will it affect me? 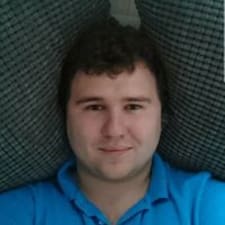 I recently used AirBnB for the first time and was not pleased with the experience. The host has crammed a load of tiny "flats" into a small building and is essentially running it like a hotel. The whole system of booking was awkward and the host has written some very restrictive rules, including some charges that I regard as excessive. I followed these rules as closely as is possible.

I want to write a fair and balanced review, which would be 2 or 3 stars to reflect my negative experience. I would want to make this review publicly, as I do not believe the host will listen to private criticism. I think he is a businessman who is running a shoddy business. I believe future guests should get a fair warning of what they might experience. Also, if the host sees a negative public review against his property, perhaps he will decide to address the issues to avoid such reviews in the future.

I want to know what consequences I might face for writing this review. Will the host immediately know that it is me leaving the review? Will he then be able to leave a negative review of me in response? If he were to leave a trumped up review of me, how would that affect my ability to use AirBnB in the future?

I'm also slightly worried that he might try to charge me for something if I leave a negative review. To be clear, I did not violate any rules for which he listed a fine; I left the flat tidy and in basically the same state it was in when I arrived. I'm slightly worried that he might exagerate things or go digging for something to complain about, in an effort to undermine my review.

If it came to that is there someone I can complain to? Is there a system for challenging bogus claims?

The reviews are double blind. If you write a review, she will be notified, but won ‘t be able to see the content until she writes her own review or 14 days after check-out, whichever comes first.

If she doesn’t write any review, yours will be published at the 14 day mark.

You could try waiting until right before the 14 day mark before writing the review. She has a limited time to claim damages. Maybe more experienced hosts can elaborate. I know she has to do it before the next guest checks in.

There are some hosts who look at the reviews potential guests wrote about their past hosts before approving their booking. This is to weed out nitpicky types who complain about silly things.

I guess the best way to write the review is focus on the differences between what was promised and what was offered. That is not being picky.

It's not at all clear from your post what it was that you felt was not as advertised in the listing.

What key amenities and facilities were not available that the listing said were being provided?

Were there any red flags in previous reviews that mentioned the issues you had concerns with in previous guest reviews?

Did you contact the host as Airbnb requests within 24 hours of arrival to let the hosts know of any problems you encountered for example regarding missing amenities, dirty bedding, broken facilities?

What restrictive rules did the host have that weren't advertised in her house rules?

What additional charges was she looking for?

If you look at Airbnb Help Centre and search for reviews it will outline how Airbnb's review system works. Reviews are left blind, so neither you nor the host will see each others reviews before they are published. Guests do leave negative reviews.

Yes some hosts will take into account negative reviews, but if it is only one amongst mainly good reviews, hosts will recognise this.

She can ask you to pay for damages or extra cleaning but would need to provide proof of this. If you deny the claim Airbnb will investigate.

In summary my view is that if you had concerns about the listing not being as advertised, unacceptable house rules not advertised in the listing or extra charges then you should have brought them up with the host within the first 24 hours of arrival as Airbnb says on your booking confirmation. This gives the host to respond and address your concerns.

If your listing was not as advertised by all means mention this in the review, but be clear as to what this means for example was a double bed advertised but you were given a single? Was a shower advertised but only a bath was available? Were their no clean linens on arrival.

What you can't complain about is house rules such as having quiet time at night, or leaving the apartment in a clean state when you left. 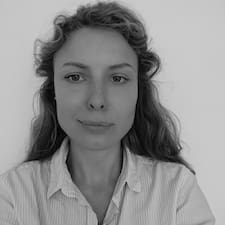 Could you share the link to the place you rented?