On March 6th, a member called Bj, started a thread in the CC called "Superhoax Paradox", exposing a "host" in Montreal, called AJ, who has 97 listings - many of them riddled with false reviews from fake profiles. Bj clearly demonstrated how the host was using the false reviews to scam the system in several ways. For example, when any of his listings got a god-awful review, it would be immediately followed by several stellar reviews from some of the dodgy profiles, all of which also reviewed all his other crappy listings. Bj reported this to Airbnb, but was told it "doesn't violate Airbnb's T&Cs, and posted the screenshot of the response he received from Airbnb Support to prove it, along with links to AJ's profile, and several of the profiles posting the false reviews.

Initially, the links to the profiles were deleted, and shortly afterwards, the entire thread disappeared too. Meanwhile, AJ's profile is still going strong today, with lots more false reviews from the same bogus profiles, and the vast majority of his listings at either 3.5 or 4 stars. (So much for being delisted for low ratings. Obviously, such punishments don't apply to the Pro's)

Yesterday, AJ hit the headlines, when he was featured as one of Canada's Top 5 Airbnb hosts, in a CBC investigative study, covering 32000 listings in 16 major cities, which uncovered huge "professional" operators and commercial entities, hiding behind fake profiles, posing as regular hosts. (Sonder, with thousands of listings in the US, Central and South America and Europe, and $135 million in funding behind them, is flying high at No 2 on the list)

"But while Airbnb promotes itself as a darling of the sharing economy, touting stays in real people's homes and relationships with personable hosts, its biggest players in Canada are actually — and often secretly — multimillion-dollar for-profit corporations, a CBC News data analysis found"

This is not only happening in Canada. Nama any Airbnb market on earth and I'll show you a dozen similar instances in 5 minutes flat. This sh*t is destroying our cities and devastating our communities - your city, my city, every city on the planet. Airbnb is cynically using and exploiting its own "valued host community" as a Trojan Horse to hoodwink regulators and pave the way for the venture capitalists, investment bankers, foreign speculators, vulture funds and chancers, to slip in behind us, and stealthily take over all that lovely lucrative business that small traditional hosts have worked tirelessly to build up over the past decade. It's happening already, on an epic scale. And we're all too d*mn blind to see it. Or maybe just too dumb to care. 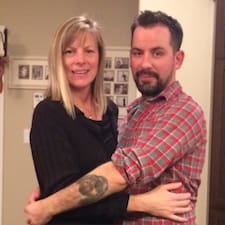 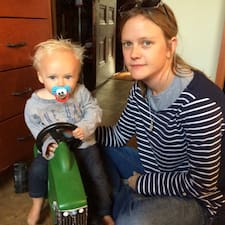 We are staying end of July as well. Supppsed to be for 10 days. My fil booked it and I’m so nervous. We have 11 people coming. And as of now if we cancel there is almost no place that will accommodate us all. Air B and B was no help to me either. 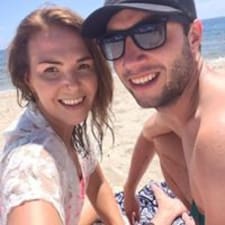 Hi @Guy285 I'm also booked in one of his bachelor pad things coming up this Friday.

We were supposed to check in Monday but instead of giving us the code, AJ kept offering us other places. Ultimately he never gave the code for the original place to me or Air B and B. I spend the first 6 hours of my time in Montreal on the phone and Air B and B gave him way too many chances but we were refunded and I never stepped foot in his place. Finding new

places for everyone has proven more expensive and difficult though.

And this is how the story ends... over six months since the author of the deleted "Superhost Paradox" thread first raised the alarm to Airbnb about AJ's fake profiles, false reviews, and dodgy dealings - and after two separate CBC Canada investigations - Airbnb have finally deleted AJ's account, and all associated accounts, as of Friday of last week.

Airbnb Shut Down Canadian "Superhost" Among Scathing Reviews.. But Hundreds Of Guests Left In The Lurch

"After "AJ" was suspended, dozens of his listings returned under new accounts, with fake profile pics"

Good detective work @Susan17! I still find it strange how this whole scamming/flake listings works. Don't you think AJ and Airbnb were shelling out refunds left and right? How did anyone make any money?

Well for starters, as evidenced from the posts in this thread from guests who had booked with AJ, Airbnb made it extremely difficult for them to cancel their stays - despite having already blocked AJs accounts from accepting new bookings, and regardless of the fact that the company was, by this point, fully aware that his listings were illegal, woefully substandard, and riddled with fake reviews. (Anyone who leases a property in Montreal on a regular basis for fewer than 31 days must obtain a permit from the Corporation de l’industrie touristique du Québec. AJ had no such permits)

So it's fair to assume that many of AJs guests - and with 97 listings, that would add up to a lot of travellers through his doors - did not get refunds... unless they had the tenacity, and the spare time, to fight Airbnb tooth and nail for them. And even in the cases of those who were refunded, many would only have received partial refunds, so AJ would still have made a pretty penny anyway.

Additionally, this is a classic "bait and switch" scam. Judging by the reviews, a lot of his guests were moved last-minute to smaller, inferior (if that were possible!) properties. Also, having multiple accounts, with multiple fake profiles, all reviewing his own properties, allowed AJ to become a "Superhost" within a couple of weeks of listing last December, and allowed him to bury all his terrible reviews under a flurry of new 5 star reviews from his fake profiles, thereby getting more bookings from unsuspecting travellers who only read the first few reviews. Having several listings for the same properties - at differing price points - also permitted him to simply cancel the booking on the lower-priced property, once a booking came in on the higher-priced listing.

So you can be sure that AJ was making shedloads of money on his little scams. With Airbnb getting their cut, of course.

They're everywhere, @Elena87. - in every town, in every city. The site - and the ratings/review system - is totally corrupted with fake hosts and bogey reviews. I've been posting about them for years - and have been attacked and scorned for it more times than I care to remember! - and there's a lot more that people should know too, but for obvious reasons, can't be posted here. For now though, it's just good that people are starting to wake up and get wise to what actually is  happening on the platform. Maybe soon, Airbnb will be finally forced to clean up its house. We can only hope...

@Inna22 do you know Becky and Andrew or Rachel and Pete or Alex and Brittany's listings? 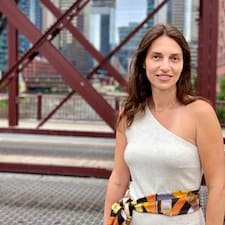 @Emilia42  The furniture looked familiar. I care across several listings clearly for the same space, all managed by host couples. I messaged from my daughters account saying I wanted to book but was concerned about several hosts listing the same space. They told me they were all in the same building. I then asked how it is possible since chicago only allows oNe Airbnb per building. I don’t think they replied