Removed guest from home because they had a party. 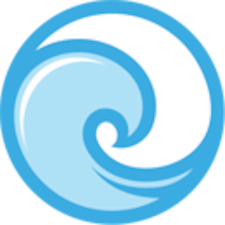 Later that day I got two tips from neighbors that there were 13-14 vehicles and at least 20 people at the home. I reached out to Airbnb and explained that I was going to have the guests vacate. They stated that they had recorded it and I was good to "do what I need to do". I rode up next to the house and called for the lady that rented the home from me. She ask "is there a problem". I stated that yes, there is a big problem. I explained to her about the vehicle limit and the amount of people in the home as broken our agreement as well as Airbnb's. I told them that they have 45 minutes to vacate the property or I was going to call the sheriff. They asked for more time, and I gave them an hour at that point.

They did leave peacefully. It went as well as it possibly could.

I have documentation on this (pictures, statements, as well as my body camera that I use for any interactions like this or when entering the home if needed by the guests or for emergencies). I have sent images and asked Airbnb if there is anything else that I need to provide. I have gotten no response.

This is the first time I have had to do this. Any knowledgeable advice? I have found that Airbnb will let you fall on your face in the past. Not to go into it, but I was penalized by airbnb for canceling a booking due to a hurricane and the mandatory evacuation ordered by the county judge. I spoke to airbnb then, and they stated that it wouldn't penalize me.  By the time I noticed that they did, they state "too late". I wont get superhost status for some time over that one cancelation.

Thank you in advance.

Re: Removed guest from home because they had a party.

Sorry to hear about your guests.  @Blue-Wave-Vacation-Rentals0

Airbnb should cancel the booking. If by penalised you mean in terms of your SH status then no you shouldn't be, but neither will they pay out for the booking although you should argue for the first night.

Do leave an honest review and look at installing CCTV so you don't need to rely on neighbours alerting you to guests breaking your house rules and partying.