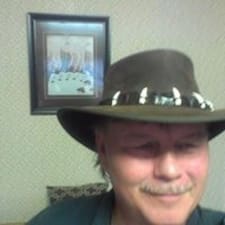 Why can't the revenge review policy include situations that creep up that are between a host and guest which  goes against a guest for example: eg #1 A guest shows up with 4 guests at check-in but only paid for 3. The host opens up a claim after approaching the guest about the issue and may have now checked out before a decision was made from the resolution center then went on to leave a bad review.                                           eg #2 One of my recent guests checks out. When the I, the host, went over to clean cottage and cut the grass  I run over a steel corkscrew for a dogging chain. The underneath bed of the riding lawnmower was damaged and now doesn't work. A riding lawnmower mechanic has to come out with a trailer, transport it to his shop to fix it. I might not now that cost before I approach the resource center about the issue. My guest hasn't left a review yet. If I approach the guest about this issue now they might say no to the repairs & leave a bad review!  I don't trust the resource center to drop the review immediately because it's never happened before on such issues. What should I do?                                          eg #3 A guest wanted to cancel 5 days before a check-in. I, the host, have a firm, non-refundable cancellation policy. The guest wanted their money back from Airbnb and were instructed to ask the host, which I don't agree with. I would have trouble booking again in that short notice. The guest did try to save 10% off the listing price by booking the non-refundable option. After all said and done the guest decided to show up then left a negative review. The resource center would not take that review away. If that's not a revenge review I don't know what is? What do you think should have been done? I didn't want the guest to show up either knowing this is likely to happen as it has happened to me before! I think those type of reviews after the pre-described circumstances should not be allowed if there are negative connotations to it! What do you think? We were actually afraid to even have the guest show up knowing they are doing so disgruntled!

“Why can't the revenge review policy include situations that creep up that are between a host and guest….”

Clearly it could but it doesn’t and it won’t.

When pressed, Airbnb policy makers cite freedom of speech issues, but apparently hosts have no such freedoms and are routinely censored for suggesting that specific guests are unsuitable for the platform.

Demonstrably false, revenge-motivated reviews can sometimes  be removed if the host wants to devote a great deal of time and effort to it.

It appears to me that the only reasonable defense is to write a brief, factual review of guests stating that they willfully violated house rules and would not be allowed to return.

In your first example, which is a common problem, the host can and should deny admission to unregistered guests until they identify themselves and pay through the platform.

In the second example you are probably SOL unless the guest voluntarily pays. I certainly sympathize because that incident would have infuriated me but all the guest has to do is deny it.

I suppose you could cleverly ask if they want their expensive dog screw back before informing them that it caused $2000 in damages, but you are still unlikely to collect consequential damages.

In your third example, denying the refund when the guest deliberately chose the Nonrefundable option, was certainly the correct response.

They could have bought trip insurance. If we don’t hold them responsible for their decision the Nonrefundable option is just a 10% discount for people who are unable to plan ahead.

Once again your only recourse is to review them in the same spirit with which they review you.

”Guest attempted to modify clear policy to benefit himself” might be an appropriate response but there’s no guarantee that it wouldn’t be censored by Airbnb.

It sounds like you are having a run of bad luck. I hope that is now going to be offset by a long succession of excellent guests.

Love your replies! With respect to the dog screw situation, the guest had the audacity to blame us for their obvious negligence! Before you mentioned a solution to me I had already asked the guest on the Airbnb platform if they had left it behind and they said yes and that they left it for us! Why thank you for your consideration! B---sh-t! ...We decided to eat it [$240 Cdn], withdraw our claim because we were more afraid of a horrible "revenge" review that probably wouldn't be dealt with the way it should have been dealt with!

We had done a ton of renovations this past winter and our reviews have had a 94-95% rating across the board since before the start of those renovations and didn't want to slow down our momentum! Horrible way to feel to be afraid your company isn't likely to back you up!