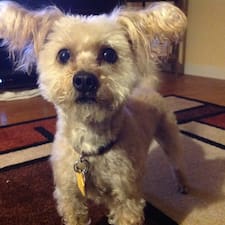 I recently had an experience where I had made my reservation in August for a November date. Paid in full at time of booking. Contacted host in early November to request a reschedule to February due to family member's emergency hospitalization. Host agreed, but then when I told her I was having problems rebooking, she ghosted me. I was out of State and she knew it. When I returned home on Nov. 23, I tried to contact her. Again she ghosted me. Ended up taking my whole payment because she wasn't sure if I'd show up in November, after I had advised her that I could not. I assumed that she would stand by her agreement to reschedule. She did not. What is wrong with some people? Beware of ripoffs hiding behind superhost titles.  They are not what they seem.  ** 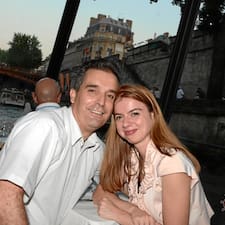 "Contacted host in early November to request a reschedule to February due to family member's emergency hospitalization. Host agreed,..."

In this case, you MUST send a request for modification of the dates that the host must accept.

If you don't, dates of reservation are not modified.

"What is wrong with some people? "

Are you talking about you who don't send any request for modification and block a place which could have been rented to a serious traveller (who don't change his mind).

@Karen2779  There's a process in place for requesting a date change. Here's the article that took me just 2 seconds to find: https://www.airbnb.com/help/article/913/how-do-i-change-a-reservation-for-a-place-to-stay

If you follow the procedure correctly, the alteration is sent to the host and they can choose whether to approve. Until that step is completed, whatever you informally discussed in the message thread does not constitute a binding change to the booking. Therefore, the original dates that you booked remained blocked from any possibility of re-booking to other guests. It would have been more "super" of the host to respond to your messages, but her only contractual obligation was to fulfill the booking for the original dates.

I hope your family member has made a full recovery and you enjoy your stay elsewhere in Sacramento.

@Andrew0  another example of the host not following up a request from a guest and leaving it. Yes, the guest should have requested the change through the proper channel, but as she stated she was having trouble requesting it. However, as the host isnt even acknowledging the guests messages how can we be sure they would not ignore the request change if the guest succeeded in requesting it? Again, unprofessional from the host and naive from the guest.

@Karen2779  It isn't the host's fault that you didn't bother to inform yourself of how to properly request a date change. All that sort of information is readily available on the Airbnb Help articles.

@Sarah977 the op said she was having problems re-booking, bit unfair you saying she couldn't be bothered to inform herself of how to change dates without knowing what the issue was.  All of us know how iratic the app can be sometimes, I'm sure we've all had issues with it.

@Robbie54 That is true, but the OP didn't elaborate on what having trouble rebooking meant exactly. Did she contact Airbnb, for example, for assistance with that? It doesn't sound like it, she just said the host didn't respond when she told her about that. If the OP did contact Airbnb to assist and didn't receive help, then I would agree with you.

@Gordon0  Yes, I also don't like to hear that hosts do this- just neglect to respond to a guest, or say they will do something, like approve a full refund, and then renege on it. Really poor form, if not outright lying.

I don't think you deserved being ignored by the host, @Karen2779, even if you didn't know the process and couldn't connect. There's a lot to being a Superhost, and purposely ghosting guests isn't part of the deal IMO.

@Robbie54  I don't know if you saw the update in the other thread, but it turns out the South African host was a lot more diligent in her efforts to help the guest than it might have appeared from the original post.

I'd like to take this OP's story at face value, but I have no way to know what the other side of the story is. Fortunately this is a forum and not a jury. What I can say from staying at a lot of Airbnbs as a guest is that the majority of hosts I've booked with have offered nice homes, but they haven't been very well-versed in the particulars of the platform and they haven't had a well-trained skill in hospitality. When doing peer-to-peer commerce, you might hope for "professionalism" but most of the time you're dealing with an amateur who is not committed to knowing the nitty gritty of how this platform works. That's a fundamental difference between renting from an establishment like a hotel and renting from a random stranger from the internet. Whenever there's a problem in a peer-to-peer transaction, the person on whose side that problem lies carries most of the burden of responsibility for using the very easily available information to resolve it.

Had the host in this topic's booking been the one who initiated the thread, I would have been very critical of ghosting the guest's messages. But the guest was the one who posted, so that criticism would have been totally useless. If you really want to know where I'm coming from (and honestly I'm sure you don't), I think we're all individually responsible for making the decisions that best serve the outcomes we're trying to achieve. So I find it hard to sympathize with people who expect everything to work in their favor but don't use the tools right at their fingertips because they expect someone else to do the work for them.

@Andrew0  "(and honestly I'm sure you don't)"  I know exactly where you're coming from, thank you very much. I think you've missed the point of my original message and I believe you're being too hard and unsympathetic to the guest given the fact you have no idea why the op was having a hard time changing her dates, you've just jumped to conclusions. I, as a sympathetic host, have given the op the benefit of the doubt. If true and the host did not reply to very important messages, and I have no reason to believe otherwise, then that is unforgivable, in my opinion.

I'll be honest and say most of the time I agree with many of your posts, however you do come across as a hardline host who sees things in black and white. Well, life isnt always like that and sometimes we gave to look past rules and regulations to achieve a common goal.

New reality series from the creators who brought you Supernanny: it's HARDLINE HOSTS!

I'll pitch that to Channel 4. You might have to be in charge of the colors though, since apparently I'm incapable of seeing them.

Jokes aside, though, it's not that I disagree with you on having flexibility when it achieves a common goal. But one is also entitled to some rigidity when the goal ceases to be common. The host in question here actually had a pretty good result, if she got her payout and was also spared the review of a guest who is vengeful enough to take the time to trash her listing by name on a public site.

@Andrew0 she certainly did have a pretty good result, her actions in ignoring the guest and her messages resulted in a nice tidy sum. Shameful. No wonder the guest was pissed, I would be too.

@Robbie54  Well, the guest already expressed her anger in the 5-word revenge review she left for the listing, which says without any context "expect to be ripped off." Months later she still has enough of a grudge to bring that crusade to the CC too.

Since the host left no reciprocal review or response, we'll never know what her side is, but I'm not so inclined to believe this all went down exactly as the OP reported.

@Andrew0  Don’t forget, this all started because the host ignored the guests messages, and in doing so the guest lost a lot of money. I don’t agree with what the guest done after, but I do understand why.

@Robbie54  There is the possibility that this guest was being a pain with her messages, maybe took a demanding tone, and the host finally had enough of it.

The fact is, none of us know the content or tone of the messages that were exchanged. The OP makes it sound like the host just didn't answer one message regarding rescheduling, but that may not be the case.