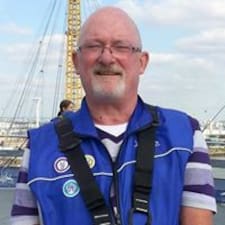 Our electricity is going up by  105% in April and our heating oil has gone up by 82% since Christmas. Not helped by Mr Putin!!.

I'm going to need to increase my booking price to reflect this,.

I'm sure I am not the only one. Is there a standard ish suggestion/plan people are using?

@Andrew2387 I am sure you realise you cannot change the price at which you have taken bookings. For future bookings you need to stay competitive but also make money. Do you know what your heating/lighting costs per month in each season? If so then it is very easy to determine what proportion of your rate goes to fuel and hence you can increase this portion by the fuel price increase.

Thanks I had realised that  and we have bookings ip to August.

I can work out the costs  roughly  but not as accurately as I'd like as the annexe is linked to both the heating and electrical supply of the main house.  I was just asking for advice and rather hoped someone had a bright idea I hadn't thought of.

@Andrew2387 No sorry can't think of anything clever. We have a super-clever biomass heating system which has meters on the house and apartments so we can split out the costs easily. You really need to work out a way to split the costs if only for your tax return where you can claim the oil/electric costs. Short of putting in heat meters on the heating supply which cost more than they will save I can only suggest you split the bills on a square meter basis or a number of rooms basis. I don't thinkHMRC give guidance on how to do such things - They just get upset when you get it wrong!

Finally we have LED lighting everywhere in the apartments. Guests are not good at turning of lights etc and with current fuel prices the cost of these from Ikea or Toolstation is soon recouped.

Thanks again  . Already done led lights and gently suggesting that they do turn off the lights.

The way my accountant works it out is on number of rooms basis, so the guest bedrooms but also the areas that they have access to (which in my case is basically the whole house, minus my bedroom).

If, like @Andrew2387 , I had an annexe or similar, I would seriously think about putting in separate meters for gas and electricity, but I have no idea what that costs. For hallways, you could think about lights that are activated by sensors or those operated by a push button that automatically turn off after a while. I think my mother paid around £40 for a set of two of these for a rental unit, but I don't know how much the electrician charged her.

As to a clever way to incorporate rising fuel costs into the Airbnb rates, I haven't figured anything out. My rooms are pretty much booked until July or August, but I'll have to increase them for next winter. If other hosts in the area are doing the same, then the prices should still be competitive.

Although it's a pretty energy efficient household, it's a big, old property that already cost a fortune to heat in the winter before the fuel prices shot up. The summer months should at least be a respite but we have good water pressure and I find that guests tend to whack the showers on full and many of them seem to take scaldingly hot. It's just not going to be worth me doing Airbnb if I have to shoulder all of the extra cost.

I have OCTOPUS ENERGY as my electrical provider.. I now have my electricity metered every 30 minutes  via smart meter. This can be displayed daily as well. I have now worked out the cost compared to guest/non guest days  and now know extra cost at current tariff as a % . So can work out effect of new tariff  and confident I can honestly increase the booking accurately.

I also know my annual oil consumption pre guest era  and current volume. So can adjust oil bill to take account of guest effects. costs last week from (64p/litre to 108) About 750 litres a year.

My energy supplier installed a smart meter for me, but I find it pretty useless as it seems to need charging every single day. I fully charge it, it lasts for a few hours, then is out of charge again. Besides the fact that it makes it really difficult to monitor usage, the smart meter itself doesn't seem to be very energy efficient!

Is that normal? Perhaps I have a faulty one...

Do you find Octopus competitive pricing wise? Even if I can bring costs down slightly, it would help.

@Huma0 It is entirely normal to have to recharge the internal house display (not the smart meter). The batteries are very low capacity so  most people just leave them plugged in but of course they do waste electricity!

There are NO good deals anywhere in the UK at present.All the companies are pretty much charging the current price cap as their standard tariff and if you want to fix you will pay more than the predicted October price cap so it just isn't worth it.

Do read your meter today before the prices rise unless you are on a fixed price deal. Thankfully we are until October when we will get a double whammy price rise!

Thanks for the advice. Okay, so it's normal that the display needs to be plugged in or constantly charged. Good to know. When I mentioned it to the guy who came to read the meters just after it had been installed, he said it must be faulty.

Yep, I know there are no good deals and that it's not a good idea to sign up for a fixed price. My fixed price tariff ran out in December (bad timing) and I didn't get a new one because everyone was saying not to with prices going up so much. Of course, they didn't predict what Putin would do so it probably would have been a good idea back in December. I was just hoping that there was something marginally cheaper out there...

I will take the meter readings. Thanks for the reminder!

The meter seems good  it is plugged in all the time.. Batteries were useless.

Octopus collate the readings and I can read then in multiple ways via their online app.

I been with them 3 yrs and they  still offer a better deal for what we use. Next year may be interesting as prices rocket all over the place. I'd recommend you at least having a look at them  although it would seem for the next 12 months there won't be a lot of bargains to be had .

I'm certainly not expecting to find a bargain. I was just hoping to save a few pennies if not pounds 😞

Well, we are all in it together. What a crappy couple of years it's been. At least my bookings are coming in, but if it's costing me so much to host people due to energy usage, maybe that makes no difference. Thankfully my current guests are mostly conscious about energy use (not completely but a lot better than some) but I have two out of the three checking out in the next few days and new ones arriving so they might not be as conscientious. Let's just hope it gets warmer soon!

The news today certainly sounds very grim doesn’t it. We’re the same as you are having a couple of holiday lets attached to our home. It was very infuriating this week to see a couple staying  who were away for the night who left a window open and the heating on. Goodness knows how people who have jacuzzis are going to manage. I’m telling all new guests the situation here in the UK although I think this is pretty universal. I’m going to do a print out and frame it to put on the wall asking guests to please turn down the heating, turn off the lights and close the windows if they are leaving the property for some time. I’ve put my prices up £10.00 per night so hopefully we will be OK but looking at some others in our area I don’t think that they’ve realised, if they haven’t been doing it for very long, just how the general public often don’t think twice about being careful if they are not at home.  Other than doing that I don’t think that there is much else we can do.

@Andrew2387 I have just looked at your listing. I don't know your area but it does seem rather cheap. I hope you are not following Airbnb price suggestions which are stupidly low. We regularly check our prices by searching, as a guest, for accommodation in our area. Only you will know how your place compares to others in terms of location and facilities.

The Airbnb suggestion for us is much much lower   I have looked at others locally   thanks for reminding me..I'll do that again..however as we don't offer a proper kitchen I have to date made an uniformed guess as to roughly what to take off.

Will do my fixed costs again and then factor in the new utilities costs.

Thanks for taking the time to reply..we are only 6months into Airbnb  so any suggestions happily recieved