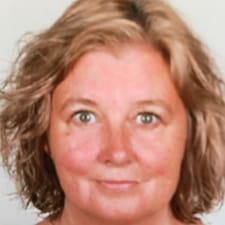 So, middle aged couple book a while back for 7 night stay.  Lady is quite abrasive despite my chatty messages and replies/communications were a bit of a struggle.

They didn’t want a meet & greet and asked me just to leave a key. I asked them to drop me a PM to let me know if everything was as they’d hoped and reiterated that I lived right across the road if they needed anything.  They did indeed reply, not particularly friendly but stated that the house was very comfortable and thanks for leaving the goody basket.,

After 4 nights I receive a message saying that neither of them were feeling well and that her fibromyalgia  was  playing up, that our mattresses didn’t help and they were going home. That was on Wednesday night.

I sent a message saying that I hoped they would feel better soon but that I was disappointed that they found the mattress uncomfortable and that If she’d dropped me a message my husband could have swapped a mattress within 5 minutes.

I went to the house, door had been left open, lights on, windows open.

10 mins ago she sent a money request for £300 stating that my mattresses were not as comfortable as advertised.  She also stated:

’We didn't think to complain as we thought you wouldn't change a mattress at short notice and it is not something that people normally have "spares" of.’.

She did not cancel her stay or request to shorten her trip and therefore left the dates blocked.

Thoughts on how to respond.  Guest has no feedback.

@Amanda660 Ugh. Of course, mattress comfort is a matter of very individual preference. And I'm quite sure the mattress in your place is not some flimsy, dingy old thing with broken springs.

If she had at least had the sense and courtesy to cancel, you could have refunded nights not spent. But as she didn't do that, I'd refuse. Do mention all in the review, plus the state she left the house in.

What was the amount of the money requested based on ? Unused nights ?

Sent them a shortening of the reservation, and amend the price in the change form to what you think is a fair deal. If they accept: (weird) case closed.

@Emiel1  the issue us that they left at 7.30pm at night having spent the entire day at the house, it had been a sunny day and they had at heat two loads of washing out to dry and I saw hubby sitting in the sun,

They then left in the evening without notice citing they were feeling unwell and going home.  I can’t shorten or amend the reservation as it ended (technically) today.

"Hi XX, I'm sorry you didn't find the mattress comfortable- it's impossible to have a mattress that suits everyone, as some people prefer a firm mattress and some a soft one, so I opted for a good quality medium one.

Airbnb protocol is to let the host know if something needs addressing, to give them an opportunity to correct it. It isn't really up to the guest to determine that the host wouldn't take action, and we would have swapped out the mattress for you, had we known.

What isn't okay is to not mention issues you may have, and then expect to be refunded after the fact. There is really no opportunity for me to rebook your cancelled dates, which have blocked my calendar for the past 2 weeks, so your failure to follow protocol has affected my business. I am willing to refund you any days I can rebook, but the chances are slim."

@Amanda660, when you have back pain, neck pain or fibromyalgia, or anything similar then no mattress, is comfortable. That's why I prefer young guests, they don't complain about beds.

Leaving the door unlocked and windows open is inexcusable. Idiots.

I’m really upset with this guest, not in a grumpy way more that right from the start she was challenging and I feel I was being set up.  I think they left early, simple as....but wanted to claw some money back.

I’m  thinking along the lines of.....please chime in with suggestions.

I was disappointed to receive your request and saddened that we weren’t given the opportunity to offer you the stay you’d hoped for.

The house has three double mattresses all with different firmness ratings.   We understand that a comfortable mattress is subjective (and particularly so if suffering from a fibromyalgia flare up as you explained) but we would have been eager and more than willing to address any discomfort and offer either a mattress topper or indeed a different mattress.   We live super close (right across the road as I mentioned) and put our guests stay at the top of our priorities.

We only learned of your discomfort after you had departed stating you were both feeling unwell and had left with no opportunity to address or to discuss the issue.

As hosts we cannot alter or cancel stays, meaning that the diary was blocked for 3 days after your departure and no other bookings could be offered or accepted on the Airbnb system.

@Amanda660  It’s very nice of you to reply, but I think you’re over-explaining to someone who doesn’t deserve an explanation.  You can take out the part defending your mattresses and simply turn down her request.  You could even ignore her, but then support would get involved.  If that happens they will try to wear you down, but you can say no until they all go away.  In that event Airbnb will probably slip the guest some money, so stand firm.

I’m really sorry to hear about another impossible guest.

Your mattress “didn’t help” her fibromyalgia. Did you tell her it would? Was she dumb enough to believe it if you did?

If you want to Google “fibromyalgia” you will find some interesting information. It explains why you have been treated so shabbily here.

Anyway, I wouldn’t agree to any refund and PLEASE give these people the review they deserve.

So Superhost Support called today.  Seems that 2 weeks after I declined her request for a partial refund  so she filed  a claim with Airbnb for £300.

They were very helpful and confirmed that: they agreed that her claim

didn’t  have legs, could see that she didn’t contact us during her stay and only made a claim 15 days after she departed and had timed out.

This woman has really knocked my confidence in guests -  hoping I have a few lovely ones to make up for it.

Glad to hear of a positive outcome customer circus story, @Amanda660 ! Your guest confidence has taken a hit, but Airbnb scores a win for you at least.

@Amanda660 We may be in a different country but we have had 90% brilliant guests and the remaining 10% were not really too bad - just not brilliant!

Stick with it and I am sure your guests will improve. Only reason they might not is if you are undervaluing your space and charging too low a nightly rate.

Good luck with the future

@Amanda660 Didn’t see this before I replied but I am so glad it worked out this way!

Time will help you get past the sour taste this guest has left.  Or, as the saying goes, “Time wounds all heels,” so we can all hope for that.

I knew you, particularly, would love it @Colleen253 🙂