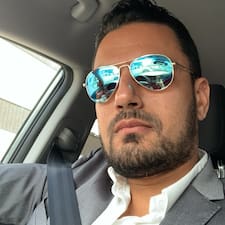 I had a situation with airbnb that left me in shock, and I want to know what everyone things.

I had a guest that was very improper from the very beginning. She tried to hide a huge party that she threw, with drugs, music and over 80 people in a residential neighborhood. The neighbors had a huge issue with her because her guests parked inside other houses, wondered inside looking for party and were smoking, drinking and playing music on the street. Police also got involved and it turned into a mess. Some of this was captured by neighbors cameras ...

I was left with damages on the property and a very fragile relationship with neighbors, and I had to report the guest and file for damages. The guest denied everything at the beginning and then had to choice but to admit to some of the damages when I showed her the neighbors footage and some of the damages with pictures (before and after). When I called airbnb to report the incident, they promised none of the parties involved will be able to review the other and if it happens I can call and it will be taken care of.

My guest was able to still leave a review. The day I received the notification of her review, I called airbnb to verify why she was able to leave a review. They said this was a mistake and I don't have to worry about the review being posted. They also told me there's no need to leave her a review because no review will be posted anyway. Thus, I didn't leave any.

after the grace period, my guests review was posted as a 2 star review with a feedback that doesn't reflect the true experience of the guest. When I called airbnb, they said it was fair and they can't do anything about it. I explained the situation, the bases of bias we have established and the airbnb promises of no party will be able to review the other, aside from the recorded call. A supervisor revised the case quickly, and within an hour it was a final denial and the review has to remain on my account. One thing that came up was that the guest made a reservation, cancelled then made the reservation again. Airbnb used that as an excuse referring to all the phone calls and promises of the cancelled reservation of the same guest. Doesn't make any sense!

I wanted to appeal, thinking there's no way this is real. Something is off, so I called the week after and explained the situation to an airbnb representative. She examined the situation, everything made sense and told me that she will remove the review. She was able to remove the review and I thought problem solved. a couple of minutes later she calls me back, unfortunately she has to put the review back on because a supervisor had already made a final decision.

I couldn't believe, how it's so obvious that this is a mistake and you were able to remove the review. Then call me back to tell me you have to put it back on my profile because of a supervisor decision. The whole thing is extremely unprofessional, unethical, unfair and misleading. I don't really have words to describe what I feel about airbnb management, I am helpless and they are ruthless. My only option is to move on, but this is extremely disappointing and will always leave a scar with my airbnb experience

Re: Unfair treatment of host, revenge review and unprofessionalism

I just don't understand how airbnb is hiring i****s that can't even do a basic job right. Someone who has 0 analytical/ problem solving skills can cause so much damage. Jagriti my case manager was very successful at that