My most recent guest has left my driveway and entrance way littered with cigarrette butts.  It clearly states in both my house rules and my house manual that there is a strict no smoking policy and also states that the damage deposit will not be refunded if there is evidence of smoking.  They also left an obscene amount of empty alcohol bottles behind, seems like way too much for four people that checked in a 8pm and left at 11am the next day.  I gues it is possible that only four people were here but it appears as though there was a party.  Also not allowed according to my booking restrictions.

This is my first negative experience and I'm really dissapointed.

My question is, if I request the security money from my guest, can they then retaliate by leaving me a negative review? That doesn't seem fair if they can as I took great care in preparing my place for their visit as I always do.

I also can't find any sort of contact airbnb info, like a phone number or email or anything at all.

I would love some advice. 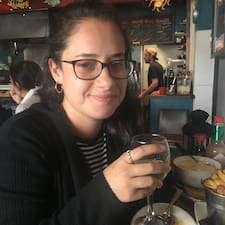 Same thing is happening to me.

A guest came (I have no party and smoking rules), they completely trashed my home. The bathrooms had toilet paper with feces all over the floors and behind the toilet seat, the house was full of food on floors, chairs, and furniture, all furniture was left completely displaces.
I had to throw away 5 towels, 3 bathroom matts, and hire additional cleaning services.

There were broken glasses with marijuana butts inside.

I asked to retain their deposit and the airbnb team just refunded me a SINGLE DOLLAR.

I have been for two months now getting in touch with them. If we, as hosts cannot be guaranteed our deposits when someone destroys our home, I do not feel safe hosting for airbnb anymore.

This is completely unacceptable.

Thank you for a thorough explanation.  I have a similar situation. However, I have found it impossible to find Airbnb's phone number.  And they have not replied to my complaint.  Do you have a phone number?

there are actually a lot of answers in the Airbnb Help section, you just have to dig a little bit. Read up there on "how to make a claim on the security deposit". In any case, you don't discuss thT with the guest, you submit that to Airbnb. Good luck!

Not to worry about a review from them, most likely they won't submit one. In case they do, you will always hve the opportunity to post a response right underneath it. But you might want to be pro-active and post a review on them! That would be helpful to other hosts.

Airbnb Phone numbers for US and Canada are the same, find them in the community blog listed above

Could you confirm if there was damage, I see you mention ciagrette butts and excessive empty bottles.

The process of collecting on a security deposit would begin with sending a Resolution Request asking them to voluntarily pay for a specified amount in damages. If they dispute this (as your guests almost certainly would), you would have to submit the evidence of the cost of the damages to Airbnb, who would make the decision about whether the claim is justified and how much you should be compensated.

We've heard of some cases in which Airbnb has granted a set amount (something around $30) for "odor removal" to hosts whose guests violated a nonsmoking policy. However, in all of these cases the smoking was indoors, therefore requiring a substantial amount of additional cleaning. If removing the cigarette butts from the driveway only required a bit of sweeping, I doubt it's worth pursuing as a special cleaning cost.

It sounds like there wasn't any physical damage, so a deposit claim would essentially amount to a fine for breaking your rules. There are a lot of listings out there that stipulate these, but it doesn't mean that Airbnb will actually enforce them on the hosts' behalf.

To answer the last question - yes, the guests can write a negative review if you attempt to collect money from them. But there is an Extortion policy that can be invoked if the guests use the threat of a bad review to coerce you out of a charge.

If I were in your situation, I'd inspect the house carefully to see if there's any tangible damage, as the smoking and booze may be the tip of the iceberg. But if I didn't find anything that cost me money to replace or fix, I wouldn't pursue any money. Instead, I would write an honest review about my experience and move on to hopefully move on to better guests.

Exactly. ABB rules determine what can be claimed, not any add ons by Hosts.

The way I understand it is that they smoked outdoors? Sure, you had to sweep and do more recycling than normal but I can't see that you will be given any of the security deposit for it. They probably couldn't find anything suitable to use as an ashtray (could have used one of the bottles, but hey...)

Airbnb customer did over $2500 worth of damage plus smoked on my yacht.  Airbnb failed to proceed to pay me any deposite funds. Talking with major cleaning companies they said it's almost impossible to get them to pay.  This is my first negitive of any kind.  I have small fleet of motor yachts I rent dock side.

Some people seem to get paid, does seem a minority, others get 10% or so of what they claim.

Was there any particular reason you were paid nothing?, I did see you have fines in your listing and ABB will not enforce those.

There are a lot of rules regarding the Security Deposit that are not published, so it is difficult to comply. Some may say the SD is Kafkaesque, I could not possibly comment.

Negative reviews are less important to a Guest as it is much easier for them to set up another account and start with a clean sheet.

This is very sad. I am currently in the process of settling a claim with airbnb and I understand exactly what you are talking about.

In a sense, I feel that it's not very fair for the hosts. We just have to deal with it. Seeking recovery from deposit is almost like a joke. 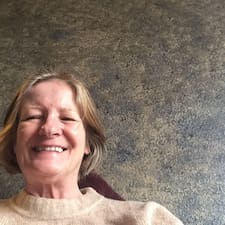 Just because you have cigarette butts and bottles to clean up, I don't see that there is any damage to report. A security deposit is not set up as something to penalize your guests with. You cannot make rules and expect Airbnb to collect if your guests break them. The security deposit is for real damage to your space that can be documented and proven. It is not a fund for the host to draw on if they don't appreciate the guest's behavior. And no, it won't matter if you state in your house rules there is some big fine for smoking. Airbnb won't collect the money unless there is real and proven damage 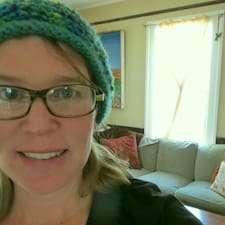 She said that beer was spilled and left sitting on the floor and damaged the floor. Real damage. But it seems like the security deposit is there to recoup financial losses to hosts resulting from guests behaving badly. If a guest breaks the rules by having a party and smoking, and it takes the host twice as long to clean, that is a financial loss. I had it happen where some guests left a horrific mess. Their check-out time was noon and the next people were coming at 3 pm that same day. Normally it takes me 2.5 hours to clean it but this would have taken me 6. I had to hire someone to very quickly come help me clean it, and tell the next guests (who were already in town and waiting) that it wouldn't be ready until 4 PM. This was a major inconvenience for me and my guests, and a financial loss.

The messy guests left large grease stains on the duvet cover, which I was able to charge them for and get compensated for, but that was only $60 (luckily I still had the receipt for the cover). The person who was charged was so angry she left me a review full of lies about how awful the place was (though while there all she said was that everything was wonderful and perfect). This was bad for me and made me lose my super host status. But her review was such a rant that she came across as crazy, and it was surrounded by glowing reviews, so I don't think it lost me much business.
But the fact is that I was not able to recoup much of the loss from her, and she did cause me to lose preferred status on the Airbnb website.

So security deposits are pretty much useless?

Are they just a deterent for misbehavior? My previous experience trying to collect from an airbnb guest security deposit for damages did not end well.

In our house rules we state that if a guests receives a noise complaint that their security deposit will be forfited. Well we just received a notice from the city that while a guest stayed at our house, neighbors called the police.

Are we able to keep their security deposit since they agreed to this rule when they booked? There is documentation on the city's violations site with the date, time, address, description of incident, and my name (as home owner).

I'm just wondering, how effective is it to make those statments in the "rules" section?

A Security Deposit is for Damage, you can always go through the Resolution Center, not sure if the Guest is likely to pay.

To be picky you can only keep something you have.