I was directly affected by the cancellation policy of AirBNB for Washington DC in that two week long reservations were cancelled.  I had received a general message beforehand that this was going to happen, but nothing about the specific reservations themselves - they were simply cancelled on my calendar without individual messages.  I don't know how or if the guests were notified, but one contacted me angrily wanting to know what was going on.  He was from another country and I think there had been a language barrier, and he seemed to understand that this was AirBNB, and not me who had cancelled the room, after I sent him several messages.

There is nothing on my account yet about reimbursement, the reservations are simply gone as if they never happened.  The AirBNB general message stated reimbursement would be issued.  I guess we will have to see how, when, and if they follow through with this.  Has anyone been impacted by this as well? 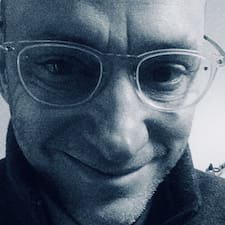 Anthony, I too was affected by Airbnb unilateral decision to cancel the reservations without any official announcement. Worst of all we were not involved in the decision. Airbnb could have recommended or pass on the recommendations from government officials and made us part of the conversation instead of making this decision for us. This is the second time in less than a year that Airbnb makes decision that impact both guest and host without any prior consultation. You seem pretty calm and I applaud you but I am really un happy with this treatment from them. As they went in and canceled the reservations they could have, at a minimum, let us know the why and what they planned to do.

@Alvaro329- AirBNB widely reported hosts affected would be reimbursed.  The real question is how long that will take.  I was fortunate in that I had the rooms booked already, meaning I will eventually get paid if AirBNB keeps its promise.  The real tragedy is for people who had unbooked rooms and now can't book them for the next week due to the reservation block.  Those are the people who are going to lose money with no relief provided. 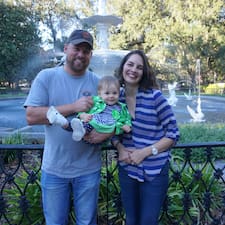 I would be curious if AirBnB is making good on its promise to reimburse hosts. They redesignated our booking so that they did not have to pay us on the very day the guests were supposed to check in.  AirBnB made themselves whole and left us with nothing.

We had a strict cancellation policy and had been extra clear with our guests about the importance of knowing in advance that they were for sure coming.  On December 29th the guests asked us to go off the books and push their reservation to another date because they realized the inauguration wasn't go to be what they had envisioned.  While the guests were generous about fulfilling their financial obligations to us in full, we recommended a cancellation so that we were not going outside of AirBnB etc.  We were set to receive half the price of the reservation on January 17th when the guests were initially supposed to check in.  This date was after the January 13th commitment AirBnB made to guests and hosts about cancelling all reservations surrounding the inauguration.  On the morning of the 17th, a full three weeks after the guests cancelled and agreed to pay half the price of the booking, AirBnB notifies us that they are changing the booking cancellation to 'exigent circumstances' so that they were not obligated to reimburse us.  We were left with $0 after the commitment they made to guests and hosts.  The guests actually relayed to me that they only petitioned AirBnB to refund the company's fees to them after the January 13th announcement. They found a technicality to leave a 7-year super host with nothing.

@Joseph-And-Katie0- I'm sorry to hear that, nothing like that happened to me and I received a full reimbursement.

When you say "off the books", do you mean pay outside of AirBNB?  The company won't help you in anyway with that as its one of their cardinal rules that we all have to go through their systems.  Of course you can make private arrangements, it is your house after all, but there won't be any AirBNB support.  I had someone approach me in a similar way, wanting to pay $200 cash at the door instead of making a formal booking during the inauguration.  I declined because I saw it just as too risky, especially if something happened like damaging the property or refusing to leave on time.

Our guests wanted a raincheck essentially where they would pay in full for those dates and then just figure out a time to come later.  But we didn't want to break any rules and certainly didn't want to have an insurance coverage issues because of their TBD visit in the future.  That is why we recommended a cancellation.  But AirBnB redesignated it the day we were supposed to be paid so that they were off the hook paying us for the booking if they allowed the guest to back out without paying anything.

From the wording of their own announcement we should have received half payment from the guests or at the very least AirBnB covered payment per their announcement: 'We also will reimburse hosts, at Airbnb’s expense, the money they would have earned from these cancelled reservations.'  Guests paid nothing, AirBnB paid nothing, we were out thousands of dollars.  And for clarification, these were not violent malcontents.  These were indian-American guests excited to celebrate VP Kamala Harris, but when they realized not much was going to happen in person [even before the capitol attack on January 6th] they backed out.

Hey @Joseph-And-Katie0, thanks for posting about this issue - from what you've said, it sounds like there might be some more complex elements to your case here with timings etc perhaps. I've spoken to the Support team for you and they confirmed that your case is with a specialised team, so they should be in touch with you as soon as possible 🙂

Yes it helps. However I wish we would have been made per of the decision. With a simple email Airbnb could have explained their reasoning and how and when they expected to reimburse if needed.

I believe Airbnb sent an email to all Washington hosts to advise them directly - did you not receive this?

@Alvaro329 - There actually was a fairly detailed AirBNB email message about what was going on and why they had made the decision.  Also, there was this online posting as well covering the situation.

"We also will reimburse hosts, at Airbnb’s expense, the money they would have earned from these cancelled reservations."

So it seems guests will be reimbursed in full (probably minus the booking fee) but hosts will be reimbursed according to the money they would have earned from a cancelled reservation - so at best 50%. And maybe only if the unilateral cancellation happened within your existing cancellation policy window (as happened with the C-19 refunds)?   Better than nothing, but just be aware it's unlikely to be the full amount of the booking.  Hope you aren't expecting full payment.

@Sharon1014  I also noticed that wording and was suspicious of it. Like the COVID cancellations where hosts were led to believe they'd get 25% back from their cancelled bookings, but got 25% of the 50% they would have gotten under their cancellation policy.

It's not anything that affects me, but I'm sure we'll hear about it loud and clear here if hosts get bamboozled again.

@Sarah977- Whats interesting is there are a few places (less than five) that escaped the filter and are still active in the Washington DC area.

The above listing is apparently still very much active and can accept reservations.  Maybe they will be cancelled if someone goes through with it?  As for where I live, I did a dummy search without being logged on and my place is not visible, although a house nearby is.