Why is Airbnb allowing guests to make bookings in UK when our government has banned the use of B&Bs, self-catering, camping etc

I am appalled that Airbnb and other STRs are continuing to allow UK bookings over the next three months when our government has put in place a ban against the opening of B&Bs, self-catering, camping, travel to second homes etc, to try and help the spread of the Coronavirus.

It is clear that sadly some UK Airbnb hosts are ignoring this advice. Surely Airbnb and other STRs should do their bit and block UK hosts from taking bookings during the ban?

If UK hosts want to take bookings for local NHS workers they can do this by contacting local hospitals and health services and ask to be added to the list of accommodation providers.

Please UK hosts please stop encouraging the spread of the virus by keeping your places open. Tourist areas such as Devon, Cornwall, the Scottish Highlands and Islands, and the Lake District and some seaside resorts are located in areas with more limited health facilities. Hosts please think of the communities you live in or host in and adhere to the ban.

We were sent this yesterday by Airbnb. End f the second paragraph certainly says that accommodation businesses should close so I think keeping ours open for essential workers only is the right call at present.

Hi Mike And Jane,
We want to update you about the latest UK Government advice related to the Coronavirus (COVID-19) pandemic.

This step follows the advice issued by the UK Government on 17 March, advising against all non-essential overseas travel, for an initial period of 30 days. For the latest travel advice from the UK Government, visit their website. Please read this guidance and consider how it applies to your personal circumstances.

Let's do our part to keep everyone safe.

Thanks,
The Airbnb Team

Ah that's great initiative @Mike-And-Jane0 - I'll go back to the team. Is this something UK hosts would like to Airbnb promoting more? We did a similar thing with the AU bush fires, and Covid-19 in Italy.

Yes that would be great there are still quite a few hosts that are flouting this and still offering accommodation.

Quite honestly the easiest way Airbnb could manage this is to block UK hosts not offering whole listings to key workers from accepting bookings during say April and May, but this is a rather draconian measure.

I just wish hosts would abide by these new regulations for all our sakes.

@Helen3 @Stephanie @Mike-And-Jane0 @Huma0  we are currently going through lock down here in New Zealand as you know.

The saddest thing is hearing stories of people who have been displaced and told to "Go home to your own country" which I personally think WHO must be held to account for as people would have been better off staying put, especially those on longer term visa permits.

The spiel used by the UK Government is similar to what we were told and at a guess is the directive from WHO.

Lots of people have struggled to get flights from one part of the world to others as they have been blocked due to border controls.

Hopefully the UK will learn and use guidance from seeing the way other countries have operated during this upheaval and disruption to world peace and harmony.

You will find many have absolutely no where to stay and short term rentals are more important than ever.

It's a fundamental Human Right to have shelter and go about one's life without dictatorship.

@Stephanie, it may be worthwhile for ABB to write to your Government and The Queen as they do listen and follow up on things, especially for those who are in part of the Commonwealth

You must remember you are coming into Spring so hopefully the sun will shine more.

You will find there will be Government restrictions imposed going about ordinary life.

The advice to stay home should  really only apply to those who are feeling unwell not the wider community.

There's to many variables and a complete lack of consideration of varying factors in the methodologies been used, as in a blanket approach has been used, instead of a more individual approach, including historical political issues lying in the background

I agree. This situation is not black and white and not all guests fall into the 'holidaymaker' category (most of my guests don't under normal circumstances). There are many, many other reasons why someone would need an STR, including some of the ones you have stated, and some that I have stated. You can book an Airbnb for months at a time, so how do you define STR as opposed to LTR?

There are still people who need somewhere to go!

The first of my guests to vacate was studying here. She had several months to go, but was told by her university to return 'home' to the USA. Said guest ABSOLUTELY did not want to go. In fact, she was devastated, not least because she does not have a home in the US anymore. Her parents live in India, but she was not allowed to go to them either. She wanted to stay here, where she could study from home for whatever period necessary.

For the time being, this WAS her home. Like I said, not all guests are on vacation. In the end, she had to go stay with her uncle because there was nowhere else for her to go. She thought this ridiculous because the location she had to go to had a high percentage of elderly residents at high risk. She also spent two full days trying to get to get there, putting herself and who knows how many others at risk. Given that she had recently been travelling in more affected areas (taken a short holiday), she should have been social distancing, which would have been easier for her to do here. Yes, that might have put me, her host, at risk, but how many others have been put at risk by forcing her to spend two days travelling?

Some common sense is needed when weighing up each situation. 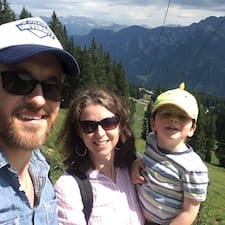 I agree. Those doing the right thing will block off their calendar but there are always unscrupulous hosts and guests who will take advantage of the situation. I know we could all do with the income but one has to do the right thing at a time like this. Airbnb should make some changes to prevent inappropriate bookings. 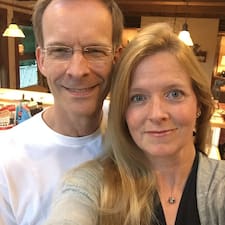 We're in a similar situation here in Vermont. The Governor has issued an executive order banning all lodging activity with the exception of first responders, medical personnel coming in to assist and local families who need to isolate a family member. It went into effect March 25th at 5pm. There should have been no new rentals after that, but hosts here are still renting away. We'll never flatten this curve if all of this travel doesn't stop now.