I have been travelling all over the world using Airbnb listings for almost a year. There have been times I've ended up in nice listings that ended up having really poor internet connections, but because the stays were only a couple of days long, I just let it go.

I've currently rented a place for a month and they listed WiFi as an amenity. This is a major city in Europe, and while I have stayed at other listings in this city that didn't have the fastest internet, it was useable enough and definitely NOT as slow as this one. I need internet for my work, and let's just say the internet is not even real WiFi but a mobile hotspot (MiFi) they stuck in the flat.

I didn't know this, nor was this mentioned on the listing anywhere, so I didn't think to ask because no one has ever done this from my experience.

Anyway, once I realised I can't even do much except slow Google searches (think the days of "dial up") on my laptop, I reached out to the host to ask for help about the speed. This is how I found out that the WiFi is actually a mobile hotspot (MiFi), with speeds not above 3 mpbs...that's about 1/3 of what we all get on our mobile phones on the street! I explained the issue to my host, I asked for help, and now I'm being told I obviously need internet speeds for "business" purposes, except..I can't even log onto AirBNB with the speed, without getting error messages because I can't stay connected to the internet at 2-3 mpbs per second (the lowest I've experienced in this city was 15, and that was for a month, but I made it work...but 2? 3?!!).

So, now there's talk of "other options" from the host - but the kind of options that would be coming out of my pocket. I have reached out to AirBNB and asked them to discuss this with the host and they (customer care) sounded understanding on the phone to me, but I've had the experience before with customer care where they say all the right things to me, but then turn around and email a cop-out answer instead. I don't want to wait for that surprise, so I'm asking for help/input.

Internet is my livelihood. That's how I'm able to afford staying at an entire place and paying hosts all the money for lengthy stays. But if they list WiFi, and the internet is so slow I can't even connect to AirBNB, what is a reasonable fix for this issue without me paying even more for an amenity I already paid for - which I'm not getting? I'd rather stay put at the listing, but one needs a working amenity, no?

@Michelle53  I am so not a techie so I appreciate your explanation-I've always been confused about what Wifi means, exactly.

But I will aso point out that connectiveity does not always rely on hard-wired cable. My internet is accessed via cell signal and tethering to my phone. 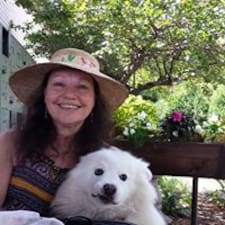 @Sarah977  Yes, that's basically what a data plan on one's cellular services does.  Anyone with a cell phone and a data plan can access the internet anytime they like. But those plans are often limited.

People like to be connected to someone else's Wifi/Internet when they travel so it doesn't eat up their data plans (paid monthly).    Especially when traveling internationally.

@Michelle53  Yes, mine is limited. But it is my only option for internet, and my guests use it, I don't expect them to have their own data plan. Though most of my national Mexican guests already do.

So because it's limited, I state in my listing that it is- fine for checking email and surfing the net but no streaming, and not suitable for digital nomads.

@Sarah977  Makes perfect sense.    I think it's just become the norm, now,  especially with restaurants, coffee shops, as an incentive to draw in business, and even entire cities, offering free, open access, that peoples' expectations have shifted.

I don't think anyone considers that it gets paid for by somebody.

I didn't want to have to do that upgrade, but it was more stressful trying to deal with the questions and the feedback.  It's now one issue I don't have to think about any more.