Withheld Payout from over 5 months ago ... what should I do?? 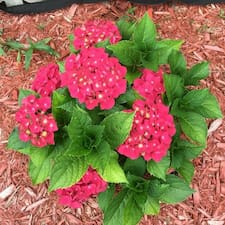 I have been an airbnb host for over 3 years now in Ottawa, Canada. Never had any issues with payouts. However I noticed in December 2016 that I had a payout from JULY 2016 which had been withheld and not paid out to me by AIRBNB. The transaction information is:

I have contacted AIRBNB an average of twice a week since December 2016 and have been made various promises about how someone will contact me to resolve the issue, it's been tagged as 'urgent' and that they are keeping my issue as a top priority. I even had a supervisor (Named 'Robert') promise to email me personally to give me a direct line to Airbnb while he looked into the issue. He said he needed 3 minutes to get back to his desk and email me - I never received anything.

I was also told that the centre taking care of my request where it has been forwarded had a max 5 business day turnaround for responding to issues. IT HAS BEEN OVER A MONTH SINCE I FIRST CONTACTED AIRBNB REGARDING THIS ISSUE.
NO ONE has contacted me and no information has been provided as to why $400 of my earned revenue from hosting someone has been withheld from me by Airbnb for over 6 months now. This is absolutely unacceptable. I have tried every venue (email, telephone, Twitter) to contact AIRBNB to get a response and so far it has been nothing but static silence.

I've requested action on this, full explanation as to why my payout has been withheld without notice and also interest paid for the 4 months my payout was held back without explanation. I told them in my last correspondance that if I do not get a response within 2 business days, I will be contacting media and various business bureaus to report what is a gross violation of AIRBNB's own hosting rights & regulations.

I have also unlisted all of my properties from Airbnb as I am no longer comfortable with hosting when I don't even know if I'll get my revenue from allowing Airbnb guests into my property.

I really don't know what else to do and this is becoming increasingly frustrating. I'm 9 months pregnant and spending so much time trying to get a response from Airbnb is not my ideal way of spending my last few days of pregnancy.

Any help or guidance on this would be appreciated. Has anyone experienced anything similar?

you ever get your money?nhow? they owe me much more 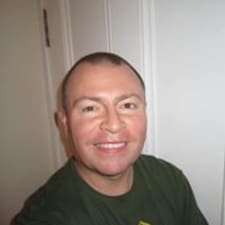 Sharp practices as carried out not just by Air BNb but Booking.com too.

I am currently fighting with Air BNB to get nearly £400 of witheld payouts.Reason given is that I need to update my payout method.Well here here

1 -At no point was I contacted by Air BNB to update my payout method.

2- My bank details for my pay out method seem to suit Booking.com and Trip Advisor

3- Now that I have updated my payout method by,wait for it,cancelling the original method the re submitting it !!!!! I have to wait another 5 wirking days for it to be verified.

Now I am just one small Air BNB host experiencing this but imagine the benefit of extolling this practice on a few thousand small hosts and holding on to their dough.

You see it then becomes beneficial to Air bnbs coffers

Shocking practices but thats the internet for you. 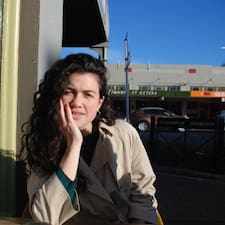 Has anyone here had any experience suing/ taking Airbnb to court? Or threats which result in ANY compensation?

Airbnb have been withilding my payout for over a month. All due to a “pending” bank account which Airbnb have sent me to my bank back to them, to Payoneer back to them and my bank and so on. Any advice would be appreciated

Worth having a look at other posts on this subject here. A lot of reports on problems with payments.

There maybe some advice on the other posts.

If you have tried calling daily and contacting them on social media, I am not sure what else to suggest.

Court costs can be expensive and you would only get them back if you win.