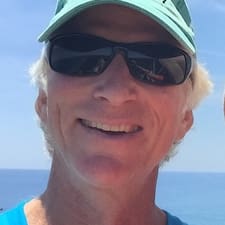 I have been waiting five days for a definitive response to my July 13 phone call regarding the missing $543 payout for a July 1 check-in. It's been over two weeks since I should have received my money. Now, I also have two more issues. I received an incorrect payout amount for a July 10 check-in. The payout should have been $931, but was only $892. Airbnb owes me another $39 for that reservation. And finally, I have not received my $85 Covid compensation. 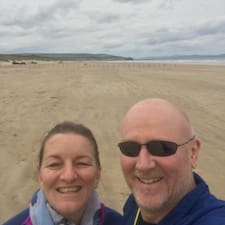 I am sad to read some of these posts but at the same time relieved to know that I am not the only one who has not been paid by airbnb. My guests have come and gone but no payout. I have had useless conversations with a non helpful 'helpbot'.   Have you any idea how I can contact a human in airbnb so I can have this issue resolved? Thank you in advance.

I also am missing 3 payouts ! This has Never happened before and of course  just get a help bot I feels like Airbnb communication has fell of the planet

Im thinking about letting my guests know what are anyone thoughts ?

I've had missing payouts in the past which took many months to sort out. One of them even took 1.5 years!! I had to keep contacting Airbnb over and over to sort it out because they kept saying they were going to issue the payments and then didn't.

However, I have noticed recently that a lot of people have been posting about missing payouts so it seems to be getting worse. Perhaps it's because CS are understaffed right now due to COVID-19.

I recently contacted Airbnb about a payout that was already one month late. I found that calling them was far more effective than messaging (still took another couple of weeks to sort the problem, during which time they overcharged the guest!) BUT, I tried the message system first and didn't even get one response that way until three weeks later.

@Huma0  Payouts should be an automated thing- they don't require CS personnel to do anything, so understaffed doesn't seem like a valid excuse. So many hosts have reported not getting paid lately that it is starting to appear that they have changed their algorithms so funds are withheld purposely, padding their bank account and collecting interest

Yes, that's certainly very possible. It wouldn't surprise me if they have changed something, whether deliberately or not because it does seem to be happening often.

However, there have always been system glitches with payouts. Perhaps some of these used to get fixed more quickly, maybe not. I have always had a nightmare getting any missing payouts sorted.

What I have noticed more recently though is that the people dealing with these concerns seem less well trained. They complain a lot about being understaffed and that it will take longer than usual to sort it.

In the most recent case, they just did not seem to understand the problem at all. First rep I spoke to told me that the guest had not paid in full the amount due (for a non-COVID cancellation). I explained that she actually had, because that was confirmed to be by the rep I spoke to at the time of cancellation (I had to wait a couple of months because they only pay you after the check in date). She insisted the guest hadn't. The guest insisted she had, and had proof.

It then transpires that Airbnb was trying to charge some erroneous extra amount to the guest (50% of all the nights that were fully refundable, in addition to the nights that she should have paid for). I explained this clearly to TWO reps who both agreed. What happens next? They charge the guest the extra money anyway. I then have to spend even more time on this to get that money back to the guest. This is really clueless behaviour which is potentially the result of people being too overworked to read the bleeping message thread before they act!

@Huma0  "This is really clueless behaviour which is potentially the result of people being too overworked to read the bleeping message thread before they act!"

This cluelessness on the part of CS was going on long before they were understaffed. Hosts have been getting cut and paste replies directing them to some Help page, having nothing to do with their issue, forever. The CS reps pick one key word out of the message and send a useless reply, indicating that they never even read the message. This has happened to me several times, long before COVID and the laying off of all those employees. Once, not only did the rep send a link to the Help pages, it was a Help article for guests- she didn't even bother to notice that I was a host, a Superhost, no less.

I called her out on it, saying this was the sort of thing which earns Airbnb CS really bad press, and that experienced hosts don't bother to contact CS if the answer to their issue can be found in a Help article. She apologized and did end up helping me, but we shouldn't have to waste time on this pointless back and forth.

You probably don't remember, but ages ago I posted a thread in praise of Airbnb CS because I had almost always had a great experience with them. After that, it kind of went downhill a bit, but I still had good support for a reasonably large portion of issues I contacted them about (especially from the Irish team). It became a bit hit and miss.

Lately, I would say maximum one in five contacts are even close to satisfactory. Ok, strike that, closer to one in ten. When I do occasionally get a sensible, well-trained, helpful rep who understands Airbnb policy, I almost fall over...

There was one particularly responsive and competent one that I dealt with a few weeks after all the COVID cancellation debacle started so I hung on to her for as long as I could. I got her to sort out at least three different issues for me. Poor woman, she was probably desperate to get rid of my and my endless list of problems, but I would not close the thread and let her go as she was like gold dust!

Occasionally I'll get one of those rating emails from Airbnb regarding my recent experince with CS. The questions are rather bizarre, typical Airbnb, like the first question : Based on your interaction with XX,how likely are you to recommend Airbnb to friends and family" or something like that. Well, I wouldn't necessarily recommend or not recommend a company based on my dealings with one employee, so that's a stupid question, IMO.

What we should be able to do is rate and review all of our dealings with CS- that might go a long way towards the useless ones being fired. But I presume CS front line is a very poorly paid position, with an unreasonable workload.  Unless Airbnb is willing to offer pay which attracts competent, experienced CS reps, the situation will just continue. Same can be said for the Tech team- no competent tech team would have so many unresolved glitches constantly. But Airbnb is obviously not willing to pay for better software or techies. 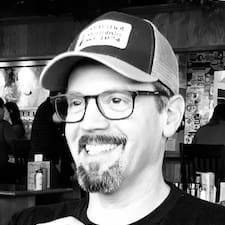 I've been a host for a little over a year now, and prior to this latest issue, they have been 100% excellent!! But this experience now (non-payment) has been a nightmare. Four days of texting and sitting on hold and being told the same BS meanwhile the guest ABB owes me for has already come and gone! WTF? 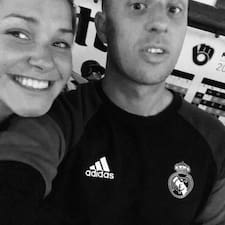 hey did you have any negative amounts in your transaction history ?

i had a missing payout issue and found out i had a negative amount due to someone canceling that takes time to work itself out then i got the money .. so many hours on hold etc nightmare

Having problems now too, the guest who just checked out has completely disappeared from my transaction history, I've been calling and texting with ABB since Friday when the payment was supposed to be released. I'm concerned, pissed off, and angry. 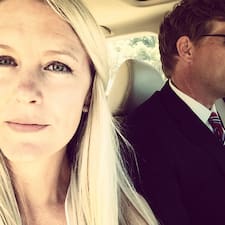 The same thing happened to me on Friday.  Weird!  Never happened in the past three years.  Payout disappeared!! Talking with representatives is like beating your head against a brick wall.  More than frustrating!!!!! I call every morning.  They share that someone will call me back but they are unable to provide a time frame.  So frustrating!!!

Thank you for highlighting the problem with your payments not showing in your Transaction History here - I'm so sorry to hear that you've had these issues.

The Payments team identified the problem and it should now be fixed, so if you visit your Transaction History page you should see the payment rescheduled and it will be on its way to you shortly.

If you still see something amiss then please let me know, and we can report back to the team, and again I'm really sorry for the concern this has caused.

See the CC highlights from July