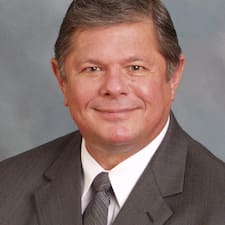 FYI I just sent the post below to _yet another_ unresponsive member of the " Airbnb Dedicated SuperHost Support Team."

I HAVE REPEATEDLY REQUESTED THAT AIRBNB INCLUDE A PET FEE FIELD IN THE GUEST REGISTRATION APPLICATION.
WHY THIS HAS NOT BEEN DONE IS A COMPLETE MYSTERY TO ME!
AS IT IS, THE ONLY WAY TO COLLECT PET FEES IS THROUGH THE "SEND OR REQUEST MONEY" FEATURE IN THE RESOLUTIONS AREA.
FIRST, HOW AM I SUPPOSED TO KNOW IF THE GUEST IS BRINGING ANY PET(S)?
NEXT, HOW IS THE GUEST SUPPOSED TO KNOW TO PAY THE $10/NIGHT PER PET FEE I WISH TO CHARGE?
I CAN'T, FOR THE LIFE OF ME, FIGURE OUT WHY AIRBNB HAS BEEN SO INTRANSIGENT ON SUCH AN OBVIOUS NEED THAT IS SO INCREDIBLY SIMPLE TO RESOLVE!
_PLEASE RESPOND!_

I am quite familiar with the resolutions center! Did you even read my post? The resolution center is a really useless and pathetic means of resolving this issue for the very reasons I provided in my prior post above!!

I'm painfully aware that your system "does not allow to add the pet fee as not every guest bring the pet in the listing". THAT'S EXACTLY WHAT I'M TRYING TO GET YOU TO CORRECT!

My problem is that AirBnB, in what I can only describe as foolish decision making, has systematically refused to add a pet fee option to the guest registration form!
God! this is SO SIMPLE! Why doesn't AirBnB get it??

It is irrelevant that some guests don't bring pets! All pet friendly hosts are asking is that there be an OPTION for a guest to disclose that they are bringing a pet(s) when they register, and an option to accept the $10/night fee (or whatever the host wants to charge) for the option of bringing their pet along.

If you need an example, simply look at your competitor; www.VRBO.com who has provided this option for years!

If the intransigent decision makers in your management team are still reluctant to add this feature, _at the very least_ I'd like a good explanation as to WHY this obvious need is not being addressed.

I'm not the only one complaining about this (by a long shot!)
Simply go to
https://community.withairbnb.com
and search on "Pet Fee."

There are _760_ comments! Many from irate hosts who simply can't understand why AirBnB management seems to be so unresponsive that they can't get this simple and needed request implemented! 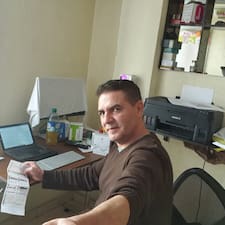 it's simple, airbnb does not want to put any pet fee at the time of booking, because they know  that this way the value of the booking will rise and airbnb  will lost  10% of their bookings, which in money would be millions, so they leave the pet fee problem to the hosts, which most of the time  ends in claims, ahh and if the guests wont  pay, airbnb neither

To me it appears to be a limitation with their technological systems, because Airbnb doesn't offer guests to add any services prior to checkout.  In actuality, they are losing revenue when fees are paid via the Resolution Center, because they don't tack on a commission on those transactions.  It's probably more economically feasible for them to continue letting hosts and guests process fees through the RC rather than spend a significant amount of money updating infrastructure and code to support guest requested services. 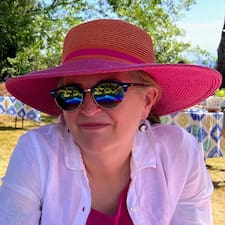 @Debra300 (speaking as a software engineer) it is not technically difficult for Airbnb to add this feature. It's a minor variation of the current extra person fee. I think it must be a managerial decision that they just don't want to make it easy for hosts to charge a pet fee. Maybe somehow wrapped up with their ridiculous emotional support animal policies.

I hear you.  As an IT project manager, I have worked with infrastructure and applications that are out of date that require constant scrambles to insure they can pass industry and federal security requirements.  I have seen several instances where the systems have been touched by so many people over the years when little oversight or adherence to protocols were in place.  As a result, it becomes more costly in time and money to implement what should be simple changes.  Instead, the companies will focus on building/acquiring another system, and let the frustrated users of the existing one go on rants and bang into their keyboard like the OP.  It usually takes years to bring the new system into production, because something else always becomes a higher priority.

@Debra300 (speaking as another software engineer), that isn’t the case here, though, as they have recently prioritized implementing the ability to add linen fees, as well as taxes, Resort Fees, Community Fees, and Standard Fees and Charges via their Professional Host tools.

The Pet Fee would be the exact same implementation with a different name. They just need a hook into that code with a parameter specifying the name of the fee.

I know what you mean about unstable code in which one change breaks a dozen other functions, but due to the speed in which they implemented the above fees and taxes, my gut feel is that it wouldn’t be difficult to implement additional line items. I haven’t seen the code, though. 🙂

I think the reason for the resistance of Airbnb to include a pet fee option might be less technical. For instance, guests have been complaining about the tacking on of extra fees in general. Maybe they don’t want to exacerbate that kerfluffle right now, even though a pet fee would be an optional fee.

Or maybe, as @Lisa723 pointed out, they don’t want to handle a pile of service calls in which guests with service/emotional support animals are being charged a fee, and don’t feel by law that they should be required to pay it. I can see where Airbnb may just not want to go there.

I would like to see Airbnb rework the software a bit to be able to support a custom fee of any kind, with a name and amount of the host’s choice. However, that is where concerns about industry standards, adherence to protocols, etc. that you mentioned might come into play, @Debra300,  so maybe it can’t be that wide open.

I think you make very good points.  As usual, so does @Lisa723, and I think that @Jeff761 is also spot on with his assessment.  Please note that all of the fees you mentioned are host add-ons, and once selected remain enabled for every reservation until the option is turned off.  I don't think there are any services for fee that can be selected by a guest during the time of booking.

In my opinion, Airbnb has determined that it's more cost efficient to miss out on the commission for add-on services than the additional overhead of arbitrating the disputes over pet and damage fees (another highly requested fee).  Instead, Resolution Center transactions for fees are considered voluntary by the payee and conducted with mutual agreement.  Come to think of it, I don't recall reading  (m)any posts about Airbnb not refunding money to a guest that has been paid via RC for an additional service.

Currently when making a reservation a guest must enter number of adults, number of children, number of infants. And the final cost is adjusted accordingly. If adding number of pets and further adjusting the cost is not trivial to implement, then there are much bigger problems than we know about at Airbnb.

They just don't want to do it because it presents opportunities for more areas where they will have to arbitrate a dispute.  Plus, we've seen that people don't select the proper number and type of guests all of the time (especially if it will increase the cost or break house rules), and often a contentious dialog between the guest and host gets escalated to CS.  Which then routinely leads to negative reviews by one or both parties.

It appears to me that Airbnb is trying to become more like Booking and Expedia, and don't feel that Vrbo is really a significant competitor.  This is evidenced with the introduction of the host paid service fee, the 30-day cancellation policy, and the market testing of upfront pricing.  Neither of these platforms offer guest selected add-on service fees, but at least hosts do have the option to collect a true security deposit at the time of booking or check-in. 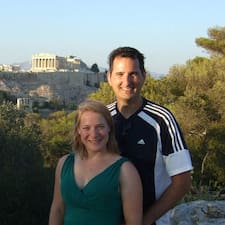 You are obviously a great host.  Hopefully, you feel better now that this is off your chest.

As you know Air does not compensate for Pet Damage.  They are aware of the "no easy pet deposit" thing.  This is 100% intentional. They are not "ignoring you".  Air management discussed and decided a long time ago that this is their policy and it will never change.  Ever.
Just like they will never handle damage deposits properly.

What you can do is create your own solution.  Become a "software connected host" by using a channel manager and collect direct deposits and have more control over your business.  After each booking, you will still need to double-check with the Guest on # of pets and collect deposits - all that communication is on you, as always.  Air will never make this easier on you.  Do what you can and forget the rest. 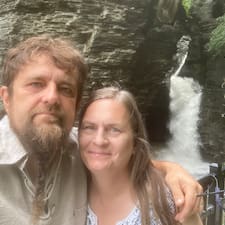 I, too, think that a pet fee option would be good. But since it's not happening, I do have listed in my description that we are pet-friendly, but I do not allow Instant Booking, and the guests need to communicate with me about their pets before I accept a booking. All guests so far have done a great job describing their animals, the size, temperament, breed, etc... We have hosted quite a few dogs now, with good results. (I require people to tell me about their pet since we have other pets on the premises. And, if they tell me it's a boa constrictor, I'm going to say No). 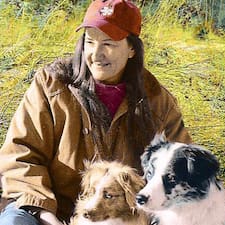 I also upped my price per day compared to others. I might slip some $ back at them, if they don't bring a dog, are very neat.  I'm geared towards people bringing their dogs. Dog Agility field & all.  but then, I'm not out to make my living off Airbnb. Just thought I have this place set up for dogs 4 acres fenced, kennels, etc.  Yes, I don't do Instant Booking either. I had someone wanting to bring FIVE dogs!    I put a limit at 4, as I have 3 & chickens.

@Mark1723  I think the overwhelming majority of hosts who allow pets would like Airbnb to implement a pet fee option, and many have pleaded for it relentlessly to no avail.

But you really have to reconsider your tactics here. The "Dedicated Customer Support Team" does not work for Airbnb - the whole operation is outsourced to other companies, whose workers are typically fielding tickets from several brands at a time. They have no capacity to implement new features, and no contact with the product development team that does. Taking your frustrations out on them in the manner you did is as pointless as rolling up to the drive-thru window at Chick-Fil-A and demanding that the company start offering hamburgers.

(Chik-Fil-A) Or serve same-sex couples on a Sunday.