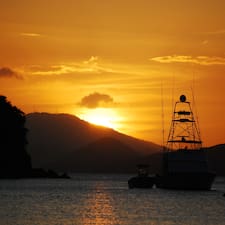 Can someone PLEASE help me leave a review of our stay.  We had a terrific experience, and this two-week window rule for leaving reviews is ridiculous.  In a business that thrives on feedback I would think this website would encourage EVERY opportunity for guests leaving reviews.  Never seen a policy like this.  We missed the window but I want to leave feedback.  Can someone assist me?

That's your choice and habit, not to check your email for weeks. But then turning around and blaming Airbnb because you didn't see the notices to review is shifting the blame.

It's like getting mad at your dentist's office because they called to tell you they had to change your appointment time, but you never answer your phone, don't pay attention to whether you have any missed calls and never listen to your voice mail, so you missed the appointment.

If leaving reviews had no time limit, imagine this- you find a listing you really like, but it's new and has no reviews yet. You go ahead and book it. Unbeknownst to you, 3 guests had stayed there already and found that the place was dirty, there was no hot water, the stove was broken, and the host was quite rude. But because the guests had 2 months to leave a review, they didn't leave their reviews in time for you to see them and be warned not to stay there.

Sheesh, the OP wanted to do something good for a host, is a first time guest, didn't read emails and missed the opportunity to leave a review.

And he criticized Airbnb's ways, as hosts do here all the time.

I have to agree, snark factor has been noticeable here. It feels to me like social media blame-yourself mode has been switched on. I see folks pushing back when for once a guest wasn't putting their own ish on a host. The comment giving guidance for next time with a link to Airbnb guest policies was informative and emotionally neutral, but a portion of the rest feel to me like the pack growling at someone who didn't know the boundaries and wasn't intentionally crossing them. In spite of the valuable information given throughout, I felt yucky reading the collective tone of the replies here, the OP didn't merit it.

@Heidi588  I don't know whether I'm implicated in your critique there, but my only intention was to suggest an alternative way to do a nice thing for the host in lieu of a review.

If I seemed insufficiently sympathetic to someone not getting the results they wanted because they didn't care to read the instructions...well, guilty as charged. But the problem has a very easy solution: send a friendly message to the host thanking them for their hospitality and apologizing for missing the review deadline. Not all hosts are preoccupied with stars and Superhost status - many are perfectly satisfied just to know that their guests enjoyed their stay.

I thought your response was good. There's no requirement of sympathy. My critique was centered around a tone of "blame yourself."

Not directed at you, @Andrew0, only inspired by your response...  I get that I've walked some fine lines here. For instance,  I chose not to directly point a finger, so someone who didn't do what I pointed out may question themselves; to actively point out leans toward sitting on a seat of personal judgement and say 'j'accuse," but to not point out leaves one uncertain if they're being judged. I tried to not come across as judging, or at least not condemnatory, but daring to call out is an act of judgement, whether intended or not, that's why I try to focus on the action and not the person, to say "this is how I perceived it, and my perception didn't feel good." In these ways, I make an imperfect but highly conscious effort, and maybe one day I'll find a more effective way to say things.

And that's the other fine line -- daring to speak, to address something, and to defend another, can be perceived as judgement and condemnation, and sets up the speaker as a target who better be able to take what's likely coming; on the other side of the line, say nothing, do nothing...be nothing. I function from the tenet that the admonishment of a friend is good medicine, and I also know that medicine can be good but it can taste bad. While I'm an adept communicator, I am often lacking in the ability to make medicine sweet, so instead I use what I do have, sincerity and directness.

Sincerely, and directly, I was troubled by one particular trend in the thread, enough to see a line had appeared to me, and to respond by identifying it out loud and standing on the side of the OP. I'm uncomfortable with the line, and what actions it seems to me to provoke.

My fellow hosts are sensitive to hypocrisy and unfairness, and that's a good thing.  The post began with a positive experience, ranted for a bit about the system, admitted fault in missing the two-week deadline, and wrapped up by asking for help.  If the writer had edited his post, he might have received more uniformly positive responses.  But just as his post contained both the good and the bad, so did the responses.  He got a lot of useful information, but he also got as good as he originally gave - a mixed bag.