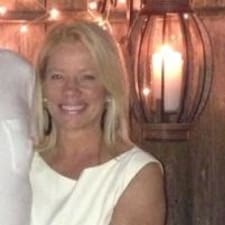 Looking for some perspective on this one. I'm working through how to deal with a fellow super host whom rated me down on overall rating and VALUE, because: the cabin was small, (the photos and listing states it's a small one bedroom)  the decor and appliances were dated (again decor can be seen in photos), and it needed to be weed whacked around the pond ( see photos, we have a kept up lawn, but are not a manicured golf course), and Michigan is expensive (comments mentioned personally).  I appreciate feedback letting me know where I can improve, but how is it appropriate when you book, seeing the price and the photos, and reading  the listing details, how do you mark down, because you thought it would be different???? There is no Hocus Pocus here. Trying to let it go, but this is a fellow super host.    😞

@Anne420  Don't let it get to you. The fact that this was a fellow Superhost means nothing- there have been many reports from hosts of fellow hosts being the worst guests they've ever had and harsh raters- it's as if they think their listing is so great and are very critical of others. Superhosts are just other people- there are nice ones, who make good guests, and not nice ones, just as among the rest of the population.

Marking you down for value is absurd, but some people think they should get everything for next to nothing and are never satisfied.

Don't lose any sleep over it and there is nothing to deal with- it happens and nothing you can do about it. Send her a brief, unemotional private message expressing your disappointment, if you feel you must, but I don't think most other hosts would see any value in that- as a Superhost herself, she obviously knew exactly what she was doing and it was intentional. Forget her and look forward to your nice guests who appreciate what you provide. 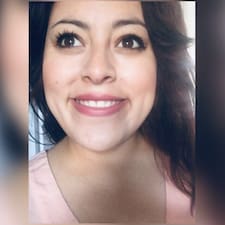 I am so sorry to hear that this happened to you.

You could do two things- send a private message to the host and ask for more specific feedback (take it as advice, listen and appreciate what they may have to say but remember you know your business best) and respond publicly to the review. Personally would not recommend the later as to not draw negative attention to it but if you must keep it unemotional- thank you for the review, regarding the smell I can only apologise for this but as you did not tell me during your stay and have never heard this complaint, I have been unaware of this. I will look into this and set into play a suitable solution.

As a host herself, she would know what downgrading means to a host, so I could imagine she was really put off by it or being petty. But please do not let it get to you, honestly life is too short- so deal with the problem as its your business and then forget about it.

Stay safe and all the best to you.

BTW its ridiculous she marks you down because its expensive where you live... living in London, we have had this and honestly I don't know what they expect hosts to do about this. I wish we could make it more affordable but some things really just are what they are.

I agree with Yadira, in that I wouldn't necessarily draw attention to the negative aspects of the review by responding to them publicly, especially as future guests need to click on 'read more' to even see that part.

I suppose that, sooner or later, most of us will get one of these nonsensical reviews. I understand that it is extremely irritating and you feel like you want to do something about it, but I think it's best just to let it go.

I remember the four star review from one couple who left me detailed private feedback as well, which made no sense to me at all and was written as if intended for future guests (not sure if they realised only I could see it).

They gave me 4 stars for accuracy, commenting that the listing was very detailed and accurate but was only accurate if the guests read it (???), and also mentioned that, while, they had no problems with the stairs (the room is on the second floor, and the stairs are mentioned and pictured on the listing) less mobile guests might. They commented that the place was "sparkling clean" and then rated me down for cleanliness. They rated me down for value, saying their friends had stayed somewhere for the same price, including breakfast. The list goes on.

I really wanted to message them back explaining to them how nonsensical their ratings were, but in the end I decided there wasn't much point. I think sometimes the review process encourages guests to find 'room for improvement' and they look for problems.

As for price, well that is the price they agreed to book it at and, if the listing was as described and sparkling clean and they had no problems with anything (all things they said) then why are they questioning the price afterwards?

@Huma0 I once got a 1* in check in because check in time was too late for them but when asking them about this they said "sure, no problem" and a 3* from another (they arrived over an hour late for check in) and both felt check in should be around 2PM. Honestly some people will never be happy and will never get that I am not a hotel... SMH

Ah yes, that old chestnut. Check in times used to be a major issue for me when I was hosting short-term guests. I understand why guests feel that the timings are maybe not ideal for them, but hotels do not normally let you check in early or significantly late (or they charge an extra fee) and how is it that these people cannot comprehend that other guests may be checking out/in before/after them and that is cleaning to be done in between? It's common sense. Anyway, if the terms of the listing aren't suitable for you, don't book it!!

I had one girl mark me down on check in saying it should have been from 10 am, even though she arrived several hours after the 3pm check in she'd agreed to (she decided to go shopping instead).

Then there was the couple who didn't speak a word of English (their daughter came with them to the check in to translate) and marked me down on check in for no apparent reason. They also marked me down on communication, but never responded to a single message I sent them. They complained in their review that they never saw me after check in. However, they were out all day every day from the crack of dawn and went straight to bed when they got back, so how is that my fault? What was I supposed to do, stalk them by camping outside their bedroom at weird hours?

These kinds of reviews drive me crazy, but what can you do? It doesn't matter how clearly you describe your listing nor how clearly you communicate via message with these types of guests. They are never going to be happy because - sorry it's not a very PC thing to say, but... - they are just plain STUPID. There is no point trying to reason with people who have no logic.