very very bad smell from a guest, what can i do ? 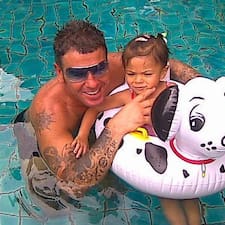 my guest arrived yesterday ,  he was on a trek , the whole room and apartment has been unbelievably smelly of stale sweet sweat. i cannot get the smell away and i have a new guy coming today in a few hours.  the windows have been opened but smell is still there on mattress it seems.

thing is i want a cleaning fee but it is too late now that he has checked out allready and there was no cleaning fee in my listing.

also if i raise a concern with airbnb then he would almost certainly five me a very bad revenge review which no host can afford to have .

off course someone will need a shower after trekking ,but this is absolutely smelly !!  even after a shower last night .

the pitfalls of being a host !! 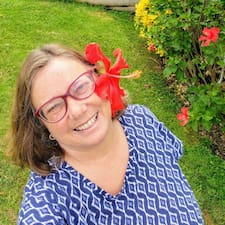 A smelly guest is certainly a difficult situation.  Just a couple things to add.

The airbnb community is based on honest feedback.  Due to this premise I would not hesitate to raise a body odour problem in a review.  For example, " X's personal hygiene is of concern".

I've been lucky so far,  and haven't had to deal with body odour from an Airbnb guest.  However, you have got me thinking of ways I could raise the subject with said guest with the aim of rectifying the problem.

Oh NOOO!!!! That sounds nasty, I'm sorry to hear this and hope you manage to get rid of the stench before the next guest arrives. Personally I'd be more concerned with the thoughts of the new guest regarding the smell as opposed to the departing guest who caused it.

Re feedback, you can actually mention it to him in private if you don’t wish to say anything in the public review as might be a bit embarrassing and you can score him very low on cleanliness. He cannot view your feedback until he leaves feedback for you by which time it will be too late for him to change his feedback if he wishes to do so just because he doesn't like what you wrote.

If he doesn’t leave you feedback of his own within the 14 day period because he might be waiting to see what you write since he might suspects his stench may have been a problem and you were just being polite not saying anything to him in person, he will no longer be able to do so after this time.

When leaving feedback, there is a section where you can send a private message to the guest regarding situations as such, you can let him know the impact on  you as a host, any cost involved and how it affects the guest checking in after him –it is actually good for him to reflect on how his inconsideration has a knock on effect;  you also have the opportunity to flag it privately to Airbnb in this section, although I'm not sure that they will do much about a smelly guest.

You might want to consider adding a cleaning fee for future because unless you have to get rid of any bedding as a result of the smell, you are unable to claim against his deposit. 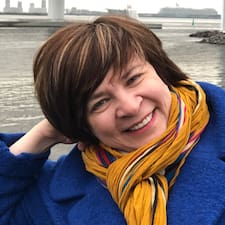 Perhaps you should invest in mattress and pillow protectors for the future.

Good idea for protecting stains/ dirt but not smell unfortunately... 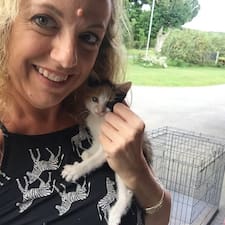 I'd preemptively begin tacking on a modest cleaning fee for each guest: that way if you need a major clean in case of emergency, you'll have some money set away for the purpose.

My local hardware store rents upholstery cleaning machines. Perhaps it'd be worth using one on your mattress.

I have a mattress cover and I reguarly bleach and heat dry my pillows and all bedding. When I've had mattress odors (child urine, etc.) I've made a mild bleach and vinegar solution which I've sprayed on the mattress and allowed to soak in. That usually kills the smell.  But it will take several days to the mattress to completely dry, even with a fan running. Once done, you'll want to try sprinkling the dry mattress with baking soda and scrubbing it in a bit (with a clean dish brush or even a back-scrubbing brush from the bath), letting it sit for a day, then thoroughly vacuuming it up.

Funnily, I searched this topic because I had a similar happening: a recent guest had clothing or luggage that REEKED of mildew. The smell permeated the whole house and a week later I literally still smell it. We had guests come in the day the mildew guests left and there was only so much we could do to mitigate the problem. The second set of guests left today and I'm washing everything I can get my hands on, including duvet and curtains. I've steam cleaned the one piece of upholstered furniture and have sprinkled baking soda on the carpet to sit for a few hours until some of the smell can be neutralized, after which I'll vacuum. 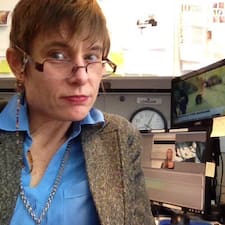 in the US we have products specifically for smells in fabric and furniture, like Febreze.

I am actually allergic to a lot of strong commercial scents in things like cologne, body or hair products and even some home or laundry cleaning products. But I am also pretty careful in cleaning the fabrics that people sit or sleep on frequently so I won't need the laundry soap that claims to keep clothes smelling 'clean' long after it is washed.

I agree that it is important to let the traveler know that he has an unpleasant smell. He may not be aware of it.

A smelly guest is certainly a difficult situation.  Just a couple things to add.

The airbnb community is based on honest feedback.  Due to this premise I would not hesitate to raise a body odour problem in a review.  For example, " X's personal hygiene is of concern".

I've been lucky so far,  and haven't had to deal with body odour from an Airbnb guest.  However, you have got me thinking of ways I could raise the subject with said guest with the aim of rectifying the problem.

Susan17 in
Dublin, Ireland
Level 10
You do all realise that there are several genetic/metabolic conditions that cause extreme body odours, over which the unfortunate sufferer has little or no control...yes?? Liver/kidney problems, TMAU, diabetes, to name but a few. These conditions already cause untold embarrassment and psychological trauma for those affected by them, so before jumping to conclusions and compounding the guest's humiliation by flagging him to CX, trouncing him in a review or castigating him for his 'poor hygiene' - which seems highly unlikely as the OP mentions the guest did shower - perhaps just have a heart and realise that it's no big deal, really. Not for the host, in any case. There are a million ways to get rid of unwanted smells, vinegar and baking soda being just two of them. Look it up....that's the beauty of the Internet.
2
Reply
Loading...

fair enough susan  and who said i was going to mention it in a public review ?  so before you start to draw your own conclusions and jumping in i suggest you read the question first.

oh ,  btw you werre not here to witness the smell  for 24 hrs throughout your home , with all windows open    !!

Susan17 in
Dublin, Ireland
Level 10
I read your question Dee, along with your expansion on how you wanted to charge an extra cleaning fee, but couldn't because it was too late, and would consider flagging the guest to CX, but wouldn't, for fear of a revenge review.

You did comment that you had opened all the windows, but made no mention of having taken any other steps to eliminate the odour. I understand that you were in an awkward and time-sensitive position, given that you had another guest arriving imminently, but that being the case, surely it would have been much quicker to just go. ogle 'how to get rid of unwanted smells', rather than waste precious minutes typing out a long post on the CC, in the hope of a rapid and adequate response?

And my response was addressed to all who posted in this thread, not just to yourself...including those who did suggest mentioning it in a review, whether it be publicly or privately.
0
Reply
Loading...

listen you, read the original question !!  instead of coming on here wasting my time moaning and wanting a fight over the air.

dont need your advise so do 1.

Susan17 in
Dublin, Ireland
Level 10
Lol! You sure that smell wasn't from your own stinking attitude, Dee?? Have a good day! 🙂
0
Reply
Loading...

now i know why they call the irish backward idiots 🙂

I just want to step in here as I feel these last few points have got rather personal to one another. We encourage you to share your opinions here and you may not always agree with a comment another member has made, but lets keep it respectful and constructive. There is no need to make it personal and this will not be accepted here. We are lucky to be part of a wonderful global community, where we can share our knowledge, experiences and stories with one another, so lets remember that and we can all enjoy this space together.

Thanks and have a lovely weekend.