Hi - I was presented with the option to turn on the STRICT (with grace period) option for my listing.  I would be comfortable doing it (because I think it is right for the consumer) and taking the financial risk but I am VERY concerned about protecting my physical location and entry instructions from folks who are NOT confirmed guests.  This is one of the main reasons I choose strict...I figure unscrupulous actors will not risk a financial penalty and instead go after "lower hanging fruit".  I use lock boxes and electronic locks for the ease of check in for my guests.

My recommendation:  Allow this feature BUT change the viewability of the EXACT ADDRESS, ACCESS INSTRUCTIONS or WIFI INFO to the guest until after the 48 hours window has elapsed and they are truly a "confirmed guest".  This allows the flexibility to guests (which I support) and still protects hosts from bad actors. 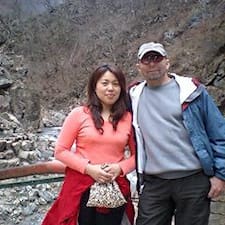 This is where Airbnb goes wrong. Woefully inadquate thought and consideration goes into changes like this before they are implemented.

It goes without saying that guests will like the change. This is where the the money comes from, so we all understand the need for the customer to be kept happy.

However, in the case of hosts, it involves the places where we and our familes live -- our homes -- and I think we deserve to be in on these decisions.

Airbnb is going to have to start polling us to collect opinions and suggestions before announcing these changes at short notice.

If we were employees, I'd say we needed a union.

The "test" they referred to was just the assessment of outcome on those who did opt in to the grace period. And I strongly doubt that any negative consequences of opting in even came in to the equation of the assessment. 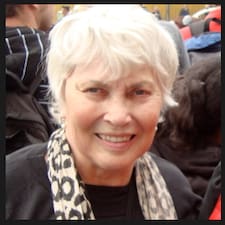 I just spoke to someone at Airbnb about this.  She didn't have an answer for me, and didn't even seem to understand my concern - (she says guests don't ever get our address until they ask us for it - which I told her is not true, or not true according to what Airbnb writes on our listing.  In fact I know it's not true, because no guest ever asked for my address)

I told her this is a very serious security concern for hosts that needs to be addressed by the people at Airbnb who have decided to make this 48-hour grace period mandatory for hosts without giving us a chance to have input.  I live in an upscale neighborhood which doesn't have much street crime but which does have some home burglaries, plus thieves following FedEx & UPS delivery trucks in order to steal packages as soon as they are delivered.  Photos of the inside and outside of my property are on my listing, including artworks and some antique furnishings.  Anyone can see these things without booking, but to give criminals my address plus access codes to security system (I must remove that from my listing) is beyond outrageous.  I don't understand why this should be an issue for Airbnb to only release this information after the 48 hour grace period has expired.

Regardless of what Airbnb claims, this new rule is good for guests a lot more than for hosts.  And in many cases guests who cancel their booking with us will just book with another Airbnb host, so Airbnb collects anyway.

Everyone who can call Airbnb should do so.  Their Superhost Hotline toll free number is 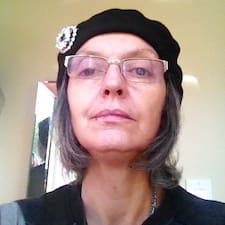 I question whether its going to be good for ABB ... a customers money is only good if it goes through and is a done deal.  With guests being able to cancel willy-nilly ... they too will be impacted which is why I don't think they've thought this through at all.

You can not run a sound business when you count it counts people who can change their mind.   I don't see that they will just book with another host necessarily.  They cancel for all kinds of reasons - a last minute party, its too sunny, its raining, work plans changed - you name it.

True, in the meantime we also share a room by room photos of our house .. a little inventory list so to speak.

@Mary167 I'm not surprised you got someone clueless on the line when you called the hotline.

A lot of the support folks I've dealt with have been... well let's call them inexperienced. That has not stopped them disputing what I say and bickering with me in some instances, and I have had to work hard to get more senior people involved so that an issue is handled professionally and maturely.

I am afraid that some of the less mature and experienced people at Airbnb are getting to make the bad decisions like the one we're experiencing and discussing here now.

You'd expect the Superhost Hotline to be manned by staff who know what they're talking about, wouldn't you? In an ideal world, that is. If you spoke to someone who seemed like they had been hired yesterday, then that says a lot about how much we are truly appreciated.

I'll take a shot at calling them later today anyway. I'm in Japan, but I can call the US freedial number using Skype.

Another cheerful thought on this topic:

So far, Airbnb does not give out host details to authorities in a general fashion.

Well, they may no longer need to worry. A city could just set up profiles and book the most notorious  illegal listings , collect the data, cancel and book the next few. Start with urbanism code violations and till Summer, they may be down to simple tax fraud suspects.

@Helga0   ...  very interesting.  I am not sure that any area has their act together to that extent but I do know that neighbours report neighbours and that other ABB hosts have as well.

How do I know this, because I had our by-law officer at my door as I had been reported.  He knew extactly what I was offering because he'd check out my listings on ABB.   He wanted to know if I lived in the house which you must in my area if you're renting rooms (can not treat a property like a hotel).

Its perfectly legal but apparently because of the 'complaint' he had to investigate.  At that time he informed me that I needed to create a barrier between my property and the house next door.  That I had 30 days in which to comply and that he would come back to make sure that I had or I could be fined.

I have had 2 ppl stay here that are locals and 1 that booked for her parents.  Long stories so no point in going there but all 3 gave me 4 stars after sitting with me, chatting me up and being all lovely and frieindly.

So ... again reviews are abused.  48 hour cancellation buffer will be as well.

People do what people do.

Did you all see this?

I'm using grace period (4 hours) with other provider. It works well. There are options I can choose or not (4 hours 24 hours ect). But this forced 48 hours is wrong.

Hi @Dusan4. Did you check here? There has been enough pushback to prompt some reconsideration.

As for other providers, we have been deterred till now because others lack the protections Airbnb provides (e.g. security deposit and choice of cancellation policy). But as we see these protections eroded, other providers are beginning to look more attractive, and we are now likely to explore that again.