Put Reviews back in chronological order 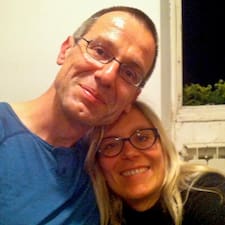 Seriously, does anyone from Airbnb read it? When I look for a place, I'm always interested in the most recent reviews. Everything else is just useless 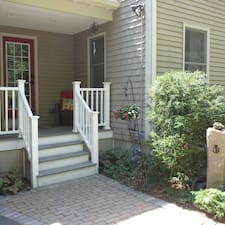 Totally agree.  The reviews are messed up and need to go back to how they were before.  How are guests to understand the review if the last one left was 3 months ago in a different season.  Last is best. 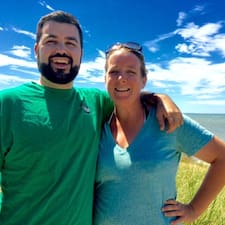 Lyndsey2 in
Stonington, CT
Level 10
Or at least give an option to "Sort reviews by..."

Hmmm, strange... Someone removed the thumbs up icon from the posts overview....? 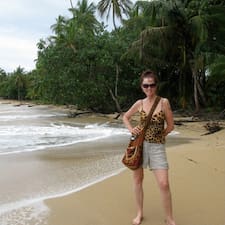 Looks like they dont want us to being connecting here or liking the page of people's comments. Further, I didn't even know there was something like Host Voice and I've been with Airbnb for 5 years.

Definitely NOT LISTENING to complaints re reviews out of order.. here's mine:

Im having the same problem with the new stupid policy to not order the reviews chronologically so that 1 unfavorable review from the worst guest I had in 5 years (out of most 5 star 51 reviews) keeps showing up a the top of my page while 5 great reviews are buried on page 4-5 where NO ONE will ever see them. Also makes it look like not many people stayed with me this year. Nobody at Airbnb can tell me WHY they changed this or how it's supposed to help Hosts get bookings when if fact it's HURTING hosts like me. I haven't had an inquiry in 32 days and this is NOT normal.. will cancel my account and go to Homeaway or VBRO if someone doesn't listen to me!

Any suggestions out there?

Airbnb you owe us an explanation at least of what algorithm you are using to order our reviews.  There are so many discussion streams from both hosts and guests advising you that we are losing bookings as it looks like we don't have many bookings now.  I keep checking to see if you have listened and have changed it back.  This morning I received a 5 star review which has been placed on page 3.  Why?  Please.

I agree, all my 5 star reviews are on page 4 and 5 and my only 3 star review out of 51 reviews remains second on the page. So Infuriating and no one at airbnb can give an explanation WHY this was changed or how its supposed to help host swhen its actually hurting our business and thats not good for airbnb either... 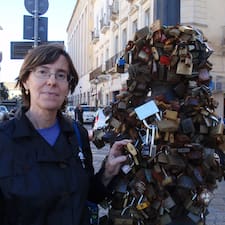 The same problem. On the first page my future guests can see 2016 reviews and even 2015. While I have already got  4 reviews in 2017 in May, but they are somehere at the next pages which nobody never sees. It misleads the guests and gives the wrong information. The reviews must definitely be in the chronological order and the latest review must be the first. Airbnb should correct this mistake as soon as possible.

This is NOT a mistake. It took me 8 days of calling every day and being told my reviews would be put in order before a supervisor told me this is a  CHANGE to the website that orders reviews first by language and then by the LOCATION of the guest. they will not tell me WHY or HOW this helps Hosts get bookings. In fact, this change is HURTING our business and you have to keep complaining but looks like now NO ONE at Airbnb is LISTENING to us...I ended up putting in my description where my 2017 reviews are located on page 4-5 page but still no bookings for my place in more then one month. SO FRUSTRATING!

Hi, completely agree with all of the above. I just received one of the best reviews I have ever got and when I went to look for it, it was buried on page 3! I put a lot of effort into continual improvements and it is so frustrating that the most recent reviews are not top of the page. Please, Airbnb, can you please sort this out? It is very obvious that not one single host is in favour of this weird algorithm you have! 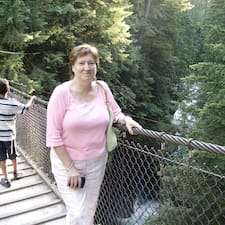 I thought it was just me that was having problems with the order of reviews. For 3 years everything was working well, reviews listed with last ones first. Now suddenly they are out of order.

I have contacted Airbnb twice and am beyond frustrated! Today, when I complained again they tried to explain that reviews appear in the language of the host first, i.e. French reviews appear first for a French host".....!!!!

My response was that 3 of the 4 reviews so far for May are for English speaking guests (I am in Canada so English IS my language!!) Guests from this week appear halfway down the list of 77 reviews.  I sent them a screen shot last week when I first complained and they maintain that they are showing the reviews in the correct order but even after I told them that a friend had logged on and found them out of order and I used another internet provider, mine are out of order.

I threatened to use another website! Do they not understand that potential guests must wonder why it looks like I haven't hosted since last October???