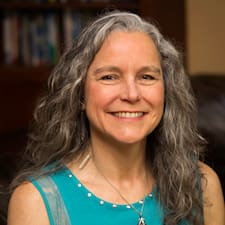 As long as Airbnb will continue to display so many ratings criteria, then statistical outliers should be discarded. For example, I had a perfect 5 for each of 9 bookings for "Value", and then received 2 for the 10th. Ironically it was a long-term guest who every month had trouble with his payment (Airbnb notified me it was rejected, and it took about 3 days for the guest to resolve it each time.)  He also moved out 10 days early, telling me the night before. He then was surprised that he was billed for the entirety of his reservation.  So things happen that annoys a single guest, but they shouldn't have enough power to drag down a  rating so significantly. This is especially impactful to those who mostly accept long-term bookings.

I've had the same thing happen with a Cleaning rating. One guest found clean towels in the dryer (as in not folded and put away) and a few crumbs on a rug in a 1500 sq foot apartment and then gave me a 3 rating (bathrooms, kitchen, and all other areas were spotless).

These outliers should be discarded -- throw out the highest and the lowest to offset each other. That will offer a much more realistic guage to guests, and be much less stressful to hosts. It will also prevent an uncomfortable interaction after the fact. I really had to contain myself to not comment on those cases with each guest, and I suspect others wouldn't excercise the same restraint.

Absolutely agree. Allow hosts to open a case to have their statistical outliers affecting their rating be reviewed for removal.