Back in January I posted an 'idea' in the (temporarily?) defunct 'Host Voice' entitled: Anti-Discriminatory Policy on Protecting Emotional Support Animals Needs To Be Changed .  The post quickly garnered 10 pages of comments, and now it is up to 14. My primary concern was that hosts were being unfairly penalized for denying what were obviously fake (emotional) 'support' animals, also known as 'ESAs' (I'm a licensed therapist and one of my specialties is animal-assisted therapy and I also am able to 'certify' support animals - And have denied invalid requests to certify someone's pet more than once).

For example, one Super Host was penalized for questioning the legitimacy of an obviously fake 'support' (ESA) dog by losing their Super Host status for a year and they were fined $100.00. There are of course legitimate Emotional Support Animals but many are not. Yet, Airbnb's policy forces hosts to treat any so-called ESA as if it were an ADA-protected Service animal (which are usually highly trained dogs or a mini-horse). The fact is, often a family pet is registered via an online site that promotes the many benefits of making your animal a 'support' / service animal, including being able to stay in lodgings that have 'No Pet' policies (example here) - And the problems arising from this are making the news quite a bit lately (Delta and United are recent examples of companies that have changed their policies to cut down on abuses of ESA protections).

I felt it important to share this latest development in the United States: 21 States have passed laws designed to crack down on people who claim an animal is an ESA (when it is not). Excerpt: "Last month, Minnesota Gov. Mark Dayton, a Democrat, signed into law a bill making it illegal for people to misrepresent their pets as service animals, under which pet-loving perps are subject to a $100 fine and a misdemeanor charge. Arizona Gov. Doug Ducey, a Republican, signed a nearly identical bill, under which those "fraudulently misrepresent" service animal can be fined $250."

I am again proposing that Airbnb revise it's policy on Emotional Support Animals (i.e., stop defining them in the same manner as ADA-protected dogs and mini-horses) so that hosts are not penalized / punished for denying what are obviously fake 'support' animals. I also propose that Airbnb guests should be subjected to fines for attempting to force a host to accept an animal that is not actually a legitimate ESA (e.g., an animal that is supporting a vet with PTSD is an example of a legitimate 'Support' animal); also, the languaging of the policy needs to be changed to make it clear that ESA's are not protected by the same laws as ADA dogs or mini-horses. In fact, in the United States, private home-owners need not accept animals at all - and many hosts are sharing their private homes. Airbnb simply needs to handle ESA's in the same manner they handle Age Requirements - Hosts simply need to find out what the laws are governing their area (local / county / state / country) and follow those. 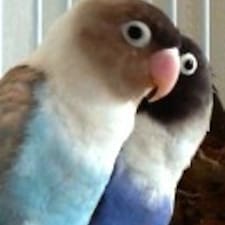 @Rebecca181Yes I did read your spotlight when i first join the forum, I will look again! Thanks! 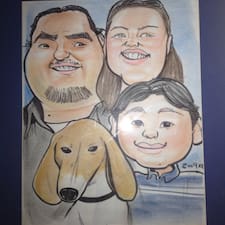 I agree. As a former Guide Dog for the Blind dog trainer, I’ve been apauled at these dogs being labeled as “service dogs”. Anyone can go online and get an ESA certificate. The dog is never tested. The handler is never tested and they aren’t taught simple rules like to not allow the pets on the furniture. As a former trainer we instilled in our students heads that they need to leave no trace. A service dog is well trained, clean and a good handler picks up after their dog and leaves no trace. The ESA dogs I’ve accepted have urinated in my house, left dog hair all over my beds and sofas and more. I would gladly accept any Ada service dog or properly trained ESA dog. But an online application shouldn’t give you the right to let your dog all over someone else’s furniture without their choice. 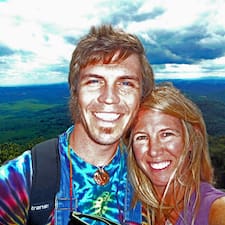 This needs to be revisited and AirBnB needs to change the policy.  Only Service Animals should be allowed in otherwise pet-free host homes.  See this article from May 2019 outlining the downfalls to ESAs.  No regulations, training, etc. are required to call you animal an ESA.  https://wlos.com/news/local/wnc-dog-trainer-stronger-regulations-needed-for-emotional-support-dogs?f... 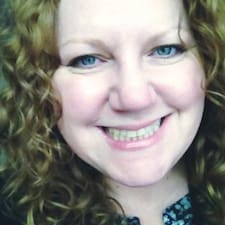 I completely agree. While I admire AirBNB’s effort to ensure guests of all creeds are not discriminated against, I think they need to follow the the Federal ADA laws and defer to local state laws related to service animals. It puts the host in a no win situation when they have legitimate concerns about allowing pets into their private home. It’s really unfair to their hosts. The same hosts who provide income to them through bookings. I think they need to revisit their policy.

Well , in my case I hosted a guy with a big dog who destroyed the sheets and my walls. It would be great if I can just denied an inquiry without any repercussions due to this is my house if i don’t feel comfortable with the pet size. 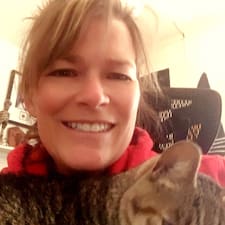 100% yes!! I’m in Arizona and a super host with over 300 reviews. Airbnb just called my review of a woman who snuck her fake service dog into my home, threatened me, left a mess behind and then sent me a threatening message about my child, discriminatory and removed it. This will allow this obviously aggressive guest to do this again to other hosts. I ask you how threatening a host is less of a crime than a host calling someone out for sneaking their tiny kennel-bound dog into a private home and then leaving it there all alone (which is is direct violation of Airbnb’s own rules). Service dogs, by definition have to be four on the floor, not locked in kennels and they obviously are unnecessary if you can leave them behind when you go out. Airbnb needs to honor hosts and not break state laws which state that fake service dogs won’t be tolerated.