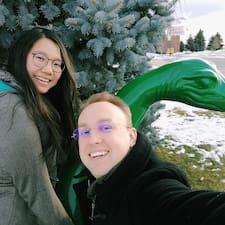 Really need to vent about this because I feel like I did my best in a sucky situation yet was totally unsupported by Airbnb.

I started hosting two years ago and, after following all of Airbnb suggestions, was able to get Superhost status with tons of great reviews. My house is an old fixer-upper in a very small city surrounded by farms, and we get the occasional bugs, specifically cockroaches. However, this has never been a problem, as we don’t have an infestation of them and they usually just show up if the house has been dark and empty (like if we go on vacation.)

Last night, a guest checked in at 5pm and then saw a cockroach in my home at 11pm. She contacted me about the issue and I immediately responded. I apologized and offered the solution of sending Pestech to go spray around the house again. I also told her that I understood if this made her uncomfortable to stay in my home, although we had JUST had the house professionally cleaned, so it was not an uncleanliness problem. I told her if she wished to cancel the remainder of her reservation, Airbnb could help her out.

She ended up calling Airbnb at midnight, and the Airbnb Support (DJ "Delfin") sent me a message saying that I only had 30 minutes to respond to him. I responded ten minutes later to explain my interaction with the guest, but it felt like he did not read it at all. I was very easy and willing to comply to anything, even saying it was fine if the guest cancelled their reservation, but does that mean they were going to leave my house?

Airbnb Support basically stopped responding to me and gave the guest a full refund without confirming with me. The guest ended up staying at my house for the night and did not leave until last this afternoon. In a normal booking, my checkout time is 10am, so I feel like the guest overstayed their visit.
I understand if it's difficult for the guest to find a place at midnight, which is why I did not kick them out, but I am concerned that I, as a host, was no longer protected because the guest technically did not have a booking anymore but was still staying in my house.

This has really made me reconsider whether or not to continue using Airbnb. Not only did I not get paid, but I felt unprotected about the status of my home, and I also now have to flip and reclean the house which is now an out-of-pocket expense for me because I received nothing for this booking.

I feel like I’ve done everything I can to keep my house up to Airbnb hosting standards. I had my house professionally cleaned and set everything up so guests can be self-sufficient. I cannot help it if they see a bug. And when I expressed concern to Airbnb Support, I felt like he was threatening me, saying that I should be grateful he did not penalize me for the cancellation. However, I don't think I should have been penalized because I have followed every rule in the book, so I felt it was rude of him to imply that what he did was a favor to me.

I think it’s great that Airbnb takes care of their guest customers, but hosts are customers, too. I am all for giving a guest a refund if she doesn’t feel comfortable staying in my house, but the fact is, she DID stay one night, and I feel like I should’ve been paid for it or received some type of compensation for the shower she took and the linens she slept in.

Re: A guest got a full refund yet still stayed in my home

If the reservation is cancelled and the guest is fully refunded, then the guest must leave.

You are not  running centre for homeless people.

Hopefully the guest will no be allowed to leave a review.