Airbnb allows/encourages guests to cheat on number of people 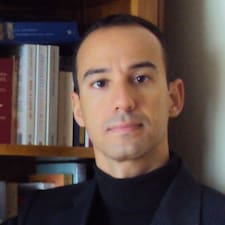 My guest booked my place for 4 people for 10 days, but he had a fifth person there he never mentioned and whom I found out about because I arrived as they were leaving and saw they were five. Since I don't spy on my guests, I didn't know there was a fifth, undeclared guest. I asked the doorman who confirmed that guest had been there all the time. So I asked the guest to pay the extra  guest fee. My rule is clear: any additional guest pays €10 per day. The guest refused saying the unauthorized guest was there for only 3 days. I pointed out that (1) I have no means to verify how long they were there and anyway the booking was for 10 days and (2) my minimum-stay rule is 5 days, so just paying 3 days is unacceptable.

In other words, Airbnb encourages guests to cheat because no matter what they won't be forced to pay. So, why would a guest bother to be honest? They can cheat knowing that Airbnb, who claims to be a trustworthy and compliant-oriented platform, will do NOTHING.

I feel disgusted about the whole episode, but there is a silver lining to this cloud: a host is sometimes a guest, so now you know what you can do: bring unauthorized guests and if the host complain just show them the Airbnb policy: full impunity for cheating guests.

I have a very strict 4 person limit. I actually prefer 1-2 guests and charge a nominal nightly fee after 2 people per guest per night. It just helps my cleaners with the extra laundry and it really doesn't add to the bottom line for me. Guests regularly misrepresent the number coming, despite my asking before check-in "I see your reservation is for 2. Have your plans changed in any way? Are you still arriving with 2 guests? Please let us know if you need to modify the reservation."

People routinely do not count children as "guests" though they absolutely count in terms of wear and tear and clean up. Nor do they count friends from the area who just "found the house so charming that they decided to stay over."

We have a Ring doorbell camera and are clear in our rules what our house capacity is. We reiterate this in several places. Again, we don't charge very much at all per guest, but people will still do their darndest to avoid paying anything. Asking a guest to pay what they have been trying very strongly to avoid paying is sure to get you a poor review. Airbnb will not be much help, even if you have your space wallpapered in your house rules.

So I am considering just upping my rates and not charging the extra fees per additional guests, but am concerned that it will drive away my most desired demographic, which is couples and solo travelers. The only defense against curbing this behavior a host has is to leave a review reflective of the experience. Other hosts can then decline or question guests with a review that shows they bring unauthorized buddies. Until Airbnb comes out with a guest policy that addresses under NO circumstances can a guest bring people who are not on the reservation lest they be immediately removed and reservation not refunded, we are all on our own.  Seems to me this would be a very logical first step in curtailing parties. Yet for whatever reason, Airbnb remains mum on what is acceptable guest behavior in this regard. 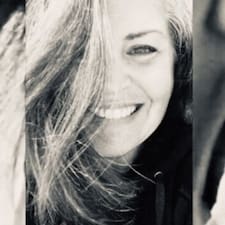 @Laura2592 - Definately up your rates to the 4 person rate and eliminate the extra guest fee.  Granted I have only hosted on AirBNB for two years, but I have played around with this to figure out what has worked best for my property and I have found charging a higher nightly fee has resulted in fewer issues with guests. I no longer provide discounts when guests request them (I offer discounts for stays that are 7+ nights) as my biggest problems have resulted from guests wanting the cheapest rates.

If visitors or additional guests have been a problem, notify the guests of your policy in the check in message (even discreetly post it on the RING doorbell or front door). We had problems with guests re-arranging our furniture/taking it outside, and in my check in email, before I provide guests with the codes to the house, I state "We ask that guests remember this is our home.  Please do not move or rearrange furniture, access private spaces..." Stating this has been surprisingly effective and has eliminated the problem altogether. 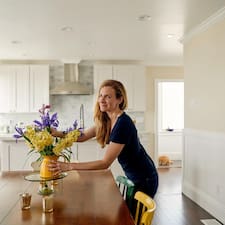 This has happened to me so many times!!   @Catherine-Powell , could you please speak to Airbnb's policy on not charging for unauthorized guests? why doesn't Airbnb uphold the house rules for hosts. Why are there no consequences for guests who bring in extra unauthorized guests? It's absolutely mind-boggling to me.