Airbnb guest from HELL will not leave 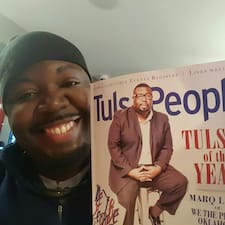 I'm so frustrated with this guest. Here's the back story. This guest wanted to rent a room from my house for 3 months. May 11-July 31. I accepted and she came in only moved in a frig. with her items. I also accepted her dog to come but told her she needed to keep the dog in her room and when walking outside please use a leash. She understood from the start this is a shared space and I will have another guest moving in alone with myself living in the house. I do a ton of travels so i'm only home about 1 week out the month.

1st incident: I was home and she had the dog bowl on the coffee table and allowed the dog to run around the house. The dog has also defecated on several areas of the home. I reminded her of the house rules and my homeowners's rules for the subdivision about keeping the dog on a leash at all times.

2nd incident: I had another Airbnb guest to move in. I gave the guest access to location of the key. I also notified my first guest of the new guest moving in. The new guest alerted me that a dog was in the common bathroom and had feces on the bathroom floor.

3rd Incident: I gave the guest a letter reminding her of the rules and asked her to keep the common areas clean. She read the letter and that's when all hell broke loose. She was screaming and yelling at 6:30am. I went outside my bedroom door and asked for her to come to the living room to speak about this. She refused and continued to be irate. I called the police to attempt to get her removed. They came and told me it's a civil matter and she stated she will not leave. I contacted Airbnb at this point explaining to them what happen and they escalated it with a deadline for her to respond. She continued to duck their calls and they changed her check out date to June 26, 2020 at 2pm.

4th Incident : I wrote her another letter letting her know that her checkout date has been changed per Airbnb and she needs to take her items and leave the property. She refused and called the police. I explain the them for 2hrs while on hold with Airbnb that her check out date was changed. I even showed them the correspondence from Support and they called the supervisor over. I told the supervisor i just wanted her gone, she is belligerent, and combative. He said that it's a civil matter I will have to go through the courts

5th Incident: I entered my own but left my front door open with the screen door locked because I was about to leave, she came into the home yelling telling me she didn't feel safe and that I needed to leave. I did everything in my power to ignore this crazy person. She then called the cops Again, they came out and spoke to her and told her to go to her room and just go to bed

6th Incident: I'm sitting in my chair watching TV and she started again yelling calling me a devil and trying to provoke me to respond. I started recording her and she then called the cops ! The came and spoke with her and told her that it's my own I can do what I want to do in my own home. I explain to the cops that she's unstable and needs help.

I feel so helpless at this point b/c i have a unstable person in my home who will not leave. So Monday we will go and start the eviction process.

My state is NC

@Marq52 so sorry, this is truly a nightmare. In your shoes I would consult an attorney.

Thanks, yes been in contact with one. They advised me to take out a restraining order or just start the eviction process. They also advised me to not allow a guest to stay longer than 14 days in NC because after that they fall under as a tenant.

The sad part really is that Airbnb hasn't don't much but ended her reservation. They have gone silent

@Marq52 but what really do you expect Airbnb could do about this? They have no ability to physically remove your overstaying squatter.

They could ban this guest and provide me a letter of record to help assist with eviction. This guest bounces from place to place using Airbnb. She knows the game

@Marq52 well yes if she has done this before and been reported and they have not deactivated her profile, that would be very bad. But how do you know if that is the case? Does she have previous reviews indicating that? If so surely you would not have accepted her booking?

There was one in should have paid attention to but I didn't. This was my rookie mistake and I'm learning fast. Hopefully this eviction process will go quick

@Marq52  This guest's reservation has been cancelled. It's over. She is now no longer a guest, but a trespasser. Get new door locks, or add another lock which only you and your other guest have keys for. Wait until she goes out to do this, then make it so she can't get in. Pack up her stuff, have it by the front door. When she comes back and starts screaming, tell her you have her belongings ready to pass out to her, but will do so as soon as you call the police. You want them there so she doesn't try to hurt you or damage anything and as witnesses to her behavior.

Maybe this isn't possible due to your local laws, maybe she's been there long enough to have tenants rights, but it's what I would do, if possible.

So sorry to hear of another host having to deal with such a mentally disturbed person.

In the future, I feel it's best to boot out guests like this at the first sign of trouble- like when she allowed her dog to run around the house, defecate indoors, etc and you reiterated the rules. It's one thing to remind a guest to take off their street shoes so they don't track dirt on the carpets, but re-iterating rules that aren't simply a matter of forgetfulness, but rather of disrespect and entitlement, seems kind of pointless to me. They aren't likely to change their ways.

@Marq52  Lesson learned:  You should have kicked her out the first time you found dog feces inside the  house.

NC is one of the least tenant friendly states in the country so I'm surprised that police would not assist.  Are you sure she counts as a tenant in NC, in most states you aren't a tenant until 28 days, in which case, she is not a tenant and is trespassing in your house.

@Mark116 Yep, anyone who let their dog poop in my house and wasn't horrified and apologetic and cleaned it up instantly would be out on their butt quicker than it took me to clean up the mess.

So sorry you are being subjected to such a horrible situation. Is the guest still on your property? And when was the last you contacted CS about this case?

YeS, she’s still there. The only thing I’ve heard form them was that it’s waiting to be picked from the Safety team. This guest is dangerous and will have to be forceable moved from the cops.