Airbnb siding with a guest who potentially brought me... Bedbugs! 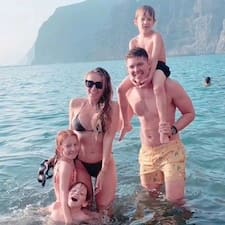 I've hit the jackpot nightmare. We live in the property which we rent whenever we travel. We haven't had bedbug issues before until recently when an existing guest wrote to me and sent me pictures of the bugs. It is a 3 bedroom flat and the guy happened to be pest control itself. He told me the believes the bugs arrived 2 weeks ago. He did not want to spoil his vacation so he just moved out after inspecting the other rooms and confirming they were clear. He also did what one is supposed to do (hot wash clothes, etc). I thought it was him who brought the bugs, so next day I sent an exterminator that confirmed bedbugs but that it couldn't have been this current guests (for the amount of eggs and larvaes) however, that the infestation was recent (sort of validating the 2 weeks ago thing). They did the treatment to the whole flat (2 times, second with heat). I refunded this guest 1/3 of the reservation. He did not raise it with airbnb. Cancelled the next reservation via airbnb support (after explaining to the guest which understood and luckly they were locals) and place is now ready to receive its next guest.

While dealing with the bedbugs issue I get a message from Karen, who stayed in my place just before the guest who found the issue, saying they had bedbug bites and 'just letting me know so we treat or place'. This was just over 72 hours after they had checked out. The following day she said that it was getting worse and that she is asking for at least a partial refund. 3rd day she asked for a full refund. I told her I couldn't do it and advised her that she contacted airbnb.

Represantive from Airbnb seems to be siding with this guest, insisting she will get a refund for her stay (????). She used as 'evidence' to support her claim a piece of conversation via whatsapp where I accepted that my current guest mentioned the issue and that I was looking at it. She couldn't prove the bugs bites came from my place though but I do have them now. I believe it was that guest who brought them to my home! Previous guests did not mention anything and we had left just over 5 weeks ago without any issue while in there. So this is a new issue starting happening after this guests stayed at my place.

Airbnb seems to not care that this guests may have brought the bugs and all they want is to refund her. I've asked airbnb to escalate the issue (let's see how that goes). In the meantime, I wonder if I could claim damage from this guest and make a claim for the $1.000.000 host insurance airbnb provides - she even mentioned that bugs are traveling with her.

Although there is a possibility that the bugs could have been brought by a previous guest, the timing is unfortunate.

How can I deal with Airbnb so they also support me in this matter? I've spent over £3000 dealing with this: had to cancel 1 reservation, had to refund 1/3 to one guest and had to pay the heat treatment for the little buggers.

Re: Airbnb siding with a guest who potentially brought me... Bedbugs!

How did this 'Karen" find out about the bed bugs? Was it: "She used as 'evidence' to support her claim a piece of conversation via whatsapp where I accepted that my current guest mentioned the issue and that I was looking at it."

One thing with hosting with Airbnb; 'loose lips sinks ships', when they get involved it complicates matters. Best to not communicate at all outside their message system with guests, that includes phone calls.

Also, never accept nor admit to anything with guests or Airbnb too quickly till you really do get to 'look into it', but do not use those words, best to say a non-committal 'odd, never heard of that'. Of course, immediately jump on the issue and remedy the situation with full honesty and definitely do what is fair, but just careful how easy you make it for their CS personnel to give the guest too handsome of a refund, which oftentimes they tend to do too easily.

Re: Airbnb siding with a guest who potentially brought me... Bedbugs! 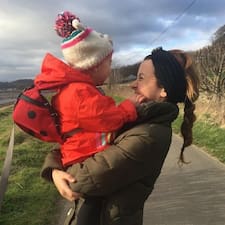 hey there, I saw your story and I felt sorry for you, we are in a very similar situation and I just want to reiterate what @Fred13  said. 'loose lips sinks ships' I had a bad guest review where they wrote about a bad gas smell in our house, and I felt it was extremely damaging... so I wrote to Airbnb to get it removed, which they didnt and we are now under investigation over the issue (basically the guests went out and left the gas cooker ring turned on) So yes be very careful what you say and don't flag up issues like this to Airbnb, they are not remotely interested in seeing who is right or wrong all they see is a health/safety hazard and you can get your listing investigated or suspended. So yes, just be careful how you respond to guests. That is the hard lesson I have learned!