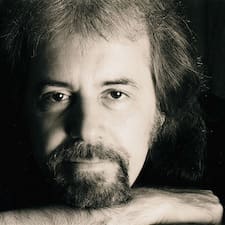 There's a problem that comes up frequently, where a potential Guest books a room, but does not have a valid form of payment. When this happens, AIRBNB's current policy allows the potential Guest to block the dates of the Host's calendar without offering a good faith payment that complies with the Cancelation Policy. They can hold dates and block up the calendar, right up to the Check-in date, EVEN LATE IN THE DAY WELL AFTER CHECK-IN TIME, and then, suddenly cancel without any consequences. Normally, they should lose their first day's payment and half of the following days, but it's a loophole that can be used to avoid any loss in accordance with the Cancelation Policy. This frequent scenario causes harm to the Host, whose calendar was blocked by the potential Guest without any responsibility or loss. I believe AIRBNB should never accept any reservation without payment, or at least, never do so within the 5-day period immediately before the Check-in time. This would comply with the Cancelation Policy and protect the Hosts from such abuse and harm. I hope they'll consider adjusting the Policy, as such. 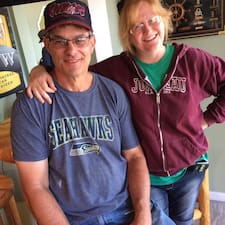 Rich-and-Lori0 in
Dunes City, OR
Level 3

This practice really is maddening...and highly unfair to the host.  I'm starting to see it on a regular basis. 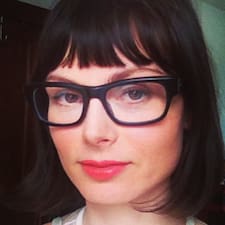 100% agree. This is happening to me now. It’s a Friday and and I will definitely miss out on the weekend. WHY are guests allowed to use air bnb without a verified payment method? This should work like buying plane tickets or anything else on the web. “ credit card authorization failed”.at which point they can try another method. Don’t even give them 2 hours- if they don’t have a credit card that works they don’t get to “buy” anything, including time. They try the next payment method right then and there, call their bank, whatever they need to do. Period.  And if if doesn’t work, my calendar stays open!

Honestly, that would be too logical, Aleksandra. Don't expect such logic from AIRBNB, especially from their egotistical Case Managers who can do no wrong.

This really stinks.   Somebody just booked my place for a month with this 'awaiting payment' bs 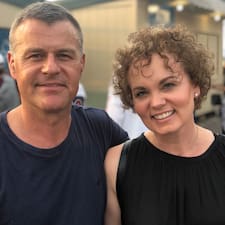 In the last five weeks, I've had this experience four times with "awaiting payment." More than once, the payment was never confirmed. Potential guest requested a stay of two weeks, which I accepted. In that 24 hour period, somone else most likely would have made a reservation; the payment never went through.  Airbnb needs to change this policy. Awaiting payment should be treated like an inquiry--go into inquiry status.  We have the option to decline guests for several reasons, and we would have declined them if we knew payment wouldn't go through. Hosts are being penalized.  And if the software is unable to be tweeked, then the grace period should be a couple of hours and not 24 hours. Hosts have been writing into this forum for several years about this issue, which leaves us feeling powerless. 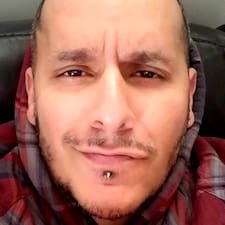 We've been badly affected by this too. Why are we not notified as hosts first of the circumstances and be given the chance to take the risk? It is one thing to give someone 24 hours to modify their form of payment if they are booking a month in advance, and another to do it when it's a same night reservation. Anyone can make a 5 day reservation, 6 hours before midnight and next thing you know the room is hostage for 24 hours... they never book, and you lost potential reservations because the room was on hold for someone who never had intentions of paying... and then what's worse when you get a hold of the person, and you ask them if they intend to fix their payment information, they don't respond, or respond that they're afraid to cancel because they're afraid of being charged anyway... so the only losing is the host. 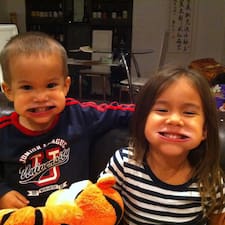 Have they done anything yet? I had couple incidents like this: guest book this morning at 5 am and asked to check in at 8am (my checkin is 4pm and out 11am) for today but the payment didn't go through, neither respond to any messages. My day was blocked and the only thing to open it for others to book is for ME to cancel it. However it will ding my record if I initiate it. I called CS and finally the trip agent cancelled for me after they talk to the guest. THe guest didn't intend to proceed but will not cancel it either.

This is ABUSE for sure.

IF their payment is not complete, it should go back to the inquiry instead of block our calendars in any case. 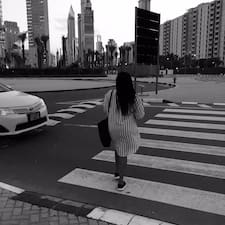 Airbnb needs to give this attention. It cant be an resolved issue from the inception of airbnb. This is the third time it's happened to me. If we accept the reservation request,guests must be held liable to pay. There's a big opportunity cost for us as hosts. What's Airbnb going to do about this?

Probably nothing, Naledi. Think about it... they get a 13% commission from the Guest and only 3% from the Host. Which way do you think they're going to rule in most cases? Take one guess...

Christina758 in
Portland, OR
Level 1

I see an "awaiting payment" message before a guest is confirmed, too. Before with instant book, I would get email confirmation a guest booked and that was great. Or, if I approved a reservation request someone manually sent me, the calendar remained opened until the guest confirmed or not. It's like Airbnb took a process that was working and messed with it. I agree, having to wait for a payment from the guest is maddening. Especially since it ties up the calendar and prevents another guest with the ability to pay from booking. It's not the host's fault the Airbnb system is glitchy (which is one of the reasons the company gave for the awaiting payment system) yet I feel the hosts suffer the most. Not cool Airbnb, not cool.

This has happened to me now as well. Has anyone heard anything on this? Airbnb puts us through the ringer to be Superhosts and higher level hosts yet guests can get away with this????

The only thing I can figure out, Krysten, is that there's a conflict of interest at AIRBNB. Think about it... they get a 13% commission from the Guest and only 3% from the Host. Which way do you think they're going to rule in most cases? Take one guess...

This just happened to me again!! A return Guest made a reservation... I ACCEPTED THE REQUEST and my calendar was blocked for the second set of dates. However, they apparently used a different Credit Card the second time, and the reservation showed as "Awaiting Payment". And when they changed their mind and canceled the reservation inside of the "Moderate Cancellation Policy" period (less than 5 days before the check-in date), they were able to avoid the normal partial payment. It's a common scam that many Guests use, and AIRBNB is aware of it. When I called to alert AIRBNB of what happened, I asked that they use the original Credit Card they have on file for this Guest. But no, AIRBNB says they don't consider it a reservation, even though (a) the dates were requested, (b) the reservation was booked, (c) the calendar was blocked out for said dates, (d) the Guest cancelled the dates - first in a message to me and then on a phone call with AIRBNB.  So essentially, I don't get paid, even though the dates are difficult to book on such short notice following the sudden cancellation. Why don't I get paid??... AIRBNB says it wasn't really a reservation (yeah, that's right, they can change the written definitions on the whim of any Case Manager)!! How does a Guest cancel a reservation if it's not a reservation?! Somebody at AIRBNB is confused. And of course, once a CM says so, it's written in stone and there's no appeal. SMH 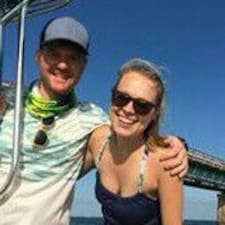 dealing with this now. airbnb sucks.  i can't contact  them without wasting my entire day so i'll just suck it up and lose out on the money.   or i can bug the guest like an annoying creep and be like "fix your money situation".  which of course i couldn't care less about. i just want the dates to remain open so someone who does have their **bleep** together CAN properly book.  jeez