Best bedding to use? 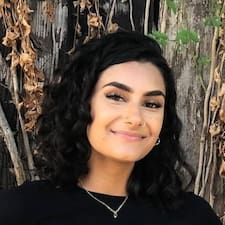 I was wondering if I could get some input on what type of bedding hosts recommend/use since I am thinking of changing it up.

I have a 3 bedroom, 4 bed home, and I have been using duvet covers. Because my turnover is 4 hours and I do get quite a bit of same day check-out to check-in’s, I am finding that duvet covers are a complete NIGHTMARE to put on so frequently. I have 2 sets of bedding for each bed that I take home and was between each guest to switch out. I wash the actual duvets, mattress and pillow protectors once a month and fitted sheets, sheets, pillow cases and throw blankets are washed before each guest.

I am just finding that putting on 4 duvets (especially the upper bunk) is enough to KILL me!

My question are, if I were to use quilts or something else, do people wash those between every guest or do you just wash the sheets in between where guests would be sleeping? Should I get 2 sets for each bed to rotate? I’m finding mixed messages on what people do online and I don’t want any bad reviews that I would not be cleaning the bedding correctly!

@Adhina1 I would be wary of a listing with quilts as I suspect many hosts do not wash them between stays. You can get special clips that hold the duvet top corners into the cover while you stuff the rest of the duvet in - Would this help?

I don't find it difficult at all. There are many videos online which show different methods of putting the cover back on- you could check them out.

The was I do it is to lay out the cover, find the two top corners of the duvet, stick them up into the top corners, then grab those corners from the outside, holding both the duvet and cover firmly in your fingers and just shake it around. You miggt have to adjust the bottom corners after you do this if they aren't in the right place.

@Adhina1   Yes, duvet covers are more time-consuming to put on than sheets but it is more hygienic, I mean there is no chance the guest's skin touches the duvet itself directly. And it is easier to put it on and off than to wash the duvet between each guest.

I use the same technic as @Sarah977 described. There are some other techniques where you roll the duvet and cover like a pancake but it is suitable for covers with a wide opening from side to side, unfortunately, they usually have buttons 😞

@Adhina1  the buttons!! this kills me, why do so many of them still have buttons? Ikea has plastic press studs, and i even have one with a zipper! Every other doona we own has buttons. SO annoying, and it's not something that you can easily check before purchasing. I'm think of sewing my own velcro tape to them and getting rid of the buttons. one day....

@Branka-and-Silvia0  Interesting, I have found the opposite on size.  Most of our duvet covers are larger than the comforters and that makes a huge problem to keep the corners straight and that everything hangs well on all 4 ends.  If it is more of an exact size that isn't an issue.  I actually prefer the washing of the quilts because staging the duvet+cover is very time consuming and at the end of the day often still looks a bit messy.

Yes, the duvet takes a bit more staging to make it look neat and tidy. I have gotten it down to a fine art now but I won't lie. It is time consuming...

My method of putting on the duvet cover is actually turning it inside out, then grabbing the two corners of the duvet from the inside, and then flipping the duvet cover the right way, over the duvet if that makes any sense. It may just be that I need to give myself an extra hour for cleaning, and change my check-out time. But since I usually end up making all 4 beds and that’s usually what takes the largest chunk of time during cleaning, the faster the better. The other issue that’s I’ve come across, is sometimes if a guest uses perfume or has a particularly noticeable smell, the scent tends to linger on the duvet itself, which is another reason why washing quilts would possibly eliminate that issue. @Mark116 do you find that washing your quilts pretty frequently damages them?

@Adhina1  I tried the inside-out method, I found it a real pain. Tey the method I and Branka mentioned. You might find it works easier for you.

I don't like this method either. It works sort of okay on a double duvet (but still, not really) but definitely not on a larger one, e.g. king size. Maybe my arms are not long enough?

I just find that it is not neat and tidy enough and I end up having to 'fix' it all to my satisfaction anyway which, in the long run, takes up more time.

Maybe I am just too super fussy about how the beds look but it is usually the largest piece of furniture in the room + the one the guest is going to use/appreciate/not appreciate if it's not great. So, I feel that making the bed a wow factor has a huge impact, even if it's subliminal.

@Adhina1  We have quilts that range in quality/expense from organic cotton to polyester.  I found what works the best is to wash the quilt with nothing else in the washer, not even the shams, and unless there is a stain on the lightest wash setting possible.  So far, we've have had good luck with quilts not getting damaged.

However, we [sadly] had to buy a new washer recently.  We were using an older top load model that allowed for a lot of water in the machine [never get rid of this if you have one!] I'm not sure how the quilts will hold up to the new model, which so far I am extremely underwhelmed by. 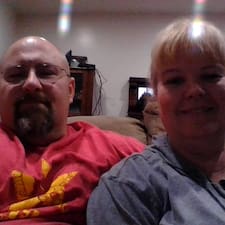 I also have 4 hours between guests frequently--it has its downside!

I use quilts.  I have purchased enough that every bed has 3-4. I have one room that has 3 beds so I have quilts that will all work together.  I have found the most economical way to do this is to shop online clearance items.  Some are the lightweight polyester type and some are a bit heavier cotton type.  So far most have held up to frequent washing--the lighter polyester type ones I dry on a low setting by themselves.  I really like these because they dry quickly.  I change the mattress pad every turnover also so I have a lot of laundry--I also highly recommend the top load, complete fill water washer!!!  We had an HE and I hated it and replaced it with a Speed Queen--expensive ----but worth it!  However. we are on a well so no water bill--yay!

@Adhina1  I highly recommend continuing with the duvet covers.

We have 3 sets of linens, pillow protectors, duvet covers and duvet inserts for each bed.  The linens, pillow protectors, duvet covers and duvets are washed after EACH guest.  If the bed looks like there has been an adventure in it, the mattress cover goes as well.  If I did not allow enough time to do the laundry onsite, I (or my housekeeper) take the linens home to wash.

I recently stayed at a hotel.  The duvet on the bed did not have a cover on it.  I called housekeeping and asked that the entire bed be made up with fresh linens and a washed duvet with a cover.  As I was staying for a week, I did not ask housekeeping to change the bed again until I left, but I WAS NOT going to sleep on suspect bedding.

I use both but prefer the bed spread or quilt. I use the king size for queen bed. Light to medium weight, mostly or all cotton. I shop around mostly on Amazon. I also find ones that have very durable fabric. I'll compromise a little on the color, some don't match that well with the room, but is very good quality. They can't be too heavy so can be washed between guest. All the bedding gets washed between every guest. Sheets, pillow mattress protectors. I only have one bed so just do it and let get know. I also iron the sheets and pillow cases.

Duvets also work well but can be too hot for some guest and I don't have a good place to store them. Recently I was putting one up on the top shelf of the closet but a guest displaced the light bulb inside the closet, so now would need to keep it under the bed in a storage. That and it was kind of time consuming.

I installed front end loaders that work great.as they are higher capacity and have no problem with bed spreads. A duvet, and change of sheets will fit in one wash load but the pillow cases or sheet tends to get balled up down in the duvet so doesn't get as clean, and sometimes does that in the dryer as well.

I keep a few other blankets and throws in the closet for guest. An option is to sometimes use the quick wash on the washer and the steam function on the dryer. The heat from the dryer is what sanitizes the wash. The steam funchtions on both washer and dryer is very useful and glad I got those that I use. I think the rental unit only has it on the dryer but I rarely use those and just change out everything and do laundry in my living space. I have a lot of extra bedding.

I've used both and haven't had any complaints or preference.