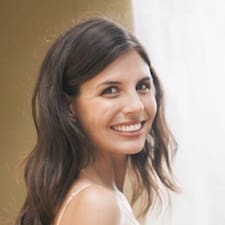 I have 2 guests stay at an apartment which is part of a strata scheme, after a night out partying they came home separately and only the one who arrived first had the keys. The second one arrived and couldn't wake the first one to open the door. This guest claims he didn't have credit on his phone to call me to get access into the apartment (as he had done just a couple of days prior), neither he thought about asking someone to borrow their phone or to use a pay phone. He claims he spent 4 hours waiting for his friend to wake up. During that time the building manager saw via the building cameras that he was off his face and had damaged the curtains in the foyer and was disruptive, manager explained that he could help by calling a locksmith, which he went to do, in the meantime the guest thought he should call 000 (Australia's emergency number), as it was the only number he could call with no credit on his phone and asked the police to break the door so he could check on his friend.

Airbnb has said that because it was not the guest who physically broke the door themselves, they are not going to help me!!?!! I have a AU$2310 bill from the building manager to pay now to replace the fire door and Airbnb is not responding or understanding that this kind of claim involving the community is so very damaging for us all hosts who are trying to be accepted into the community and onto strata buildings. Fast response and payment for damages caused by guests is essential in establishing the trust of the community.

In NSW, Australia we have been asked to approach our neighbours and stratas just last month to talk to them about our hosting and to educate them on how Airbnb has host protection insurance which cover the common property too, but when we are faced with the exact issue Airbnb just steps aside and says they can't help. Its disheartening after year of dedication to hosting on Airbnb and providing lovely stays to guests to realise we are actually all alone and have no Airbnb support. Anyone else had similar experiences?

If the guest was part of the booking they should consider the claim. Ask them to show you where in their T&C it says they only consider claims for the named person on the booking and not the wider party.

If appealing to their CS doesn't work, I would use Airbnb's arbitration system to appeal against the decision and/or claim on your home insurance for STRs. @Thais7

Do make sure you leave these guests an honest review.

@Thais7 I think the problem is that the guest didn't break down the door but the police did. I suggest you go back to Airbnb and say that whilst the police broke the door down they were acting on the instructions of the guest so the claim should be valid.