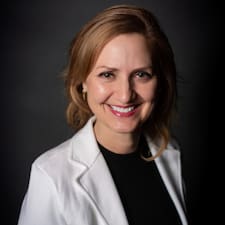 I have an inquiring 19 year old guest who says that their  mother would be the guarantor for payment. She wants to stay 2.5 months and do her college school work online and her reason for booking my place is to be around her friends.
1. My House Rules don’t allow anyone under the age of 21 to rent my place.

2. Wouldn’t a parent paying their child’s rent be considered a 3rd party booking?
I don’t feel comfortable, but am not 100% sure. Any advice would be appreciated. I’m also wondering which rule, number 1 or 2, would apply in this situation.

Decline it if your gut tells you too. If this girl didn't mention her mother you would have had no idea who is paying for the stay as Airbnb does not share payment/financial details. It would only be a third party booking if the mother actually booked it for her daughter (mother's profile and mother not staying.) 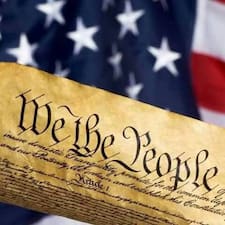 Draft a lease, make the actual occupant responsible for all usual terms including any unpaid rent by third party. Put it in your own words derived from your house rules, add mom on as third party payer. If you need to lean on it legally, you’ll probably get more mileage out your own imperfect writing than presenting the local magistrate with some heretofore Latin legalese nobody hence forth understands anyway.

If mom is truly motivated and vouches for her daughter, get her to commit to liability for her daughter on the lease as well. The urgency from mom may just simply be a byproduct of panic and frustration trying to find housing. Do it right and no need to fear granting tenancy. Age isn’t a great indicator of guest quality anyway. Some teenagers function at a level some much older adults will never achieve. A credit and background check probably reveals much about the character of your potential tenant. Key word is “tenancy” though.

-business travelers when home office is footing the bill

@Mike323 so, to make sure I understand you correctly, 3rd party bookings are allowed by Airbnb for the reasons you listed under “Legitimate repeatable process”?

@Mike323 what service do you recommend for security and background checks?

@Lisa990 be careful... last I checked you can't just decide that you don't take folks under 21. ABB believes that any 18 YO should be able to go wherever they like. Now, if your home owner's insurance or HOA or something else restricts you, well, then that's ok

I found out from support that ABB is also placing restrictions on guest 25 YO and younger to book. That's even older folks!

That's an algorithm that supposedly is triggered by a set of factors that have been identified as high risk for parties. Under 25, coming from the local area, booking an entire home listing for 1 night, and maybe a couple other things. They don't block under 25s from making longer bookings, or if they are coming from outside your area, or private room house-shares, as far as I know.

It seems Airbnb can determine what is risky, but hosts aren't given the same autonomy.

And I do agree with your misgivings. I have 3 daughters, all grown now, tons of their friends used to hang out at our house, and I know that even if young people that age are super responsible, mature, not party types, they just don't yet have the consciousness to be alert and attuned to certain things. It's quite normal and natural. If you've never had to pay an electric bill in your life, with your own money, how would you be aware that it will be super expensive to turn the heat way up and leave the windows open? If you've never had to pay to repair an appliance you misused or a door lock you tried to force when it wouldn't open properly,  how would you know that what you did could break it or how costly the repair might be?

It isn't just young people, either. I've found that people who have never been homeowners themselves, and always just rented, calling the landlord to repair whatever was broke, can be pretty clueless and careless about taking good care of things.

I've hosted quite a few guests in their early 20's, and they've all been great guests, but I just rent a private room in my home. I wouldn't entrust a 19 year old with an entire home I owned, myself.

@Lisa990 If she makes the booking with her own Airbnb profile, it's not a 3rd party booking. It makes no difference to you who pays, as long as payment is successful.

Do you want a 19 yo to be responsible for your home for 2.5 months? Not that they are all irresponsible hooligans, but you don't know this one. A bit of a risk. And what about the friends? How often/how many are going to be over kicking it up at your house? That's more young folks you know nothing about. That's what I'd be more concerned about.

Btw, is she going to be happy with no wifi? I'm guessing she didn't read the listing and didn't see that, if she didn't read your rules to see you don't accept under 21's. She probably also missed the part about 'no parties'. Parties are what young college age people specialize in.😉

She was aware of the no wifi so we made an agreement that I would tack it on. I might consider having housekeepers stop by on a weekly basis. That way they stay employed. Still, I remember some near fires and other mishaps when I was that age. Not sure I want stuff like that at my house.

How's she going to do online work from your place if you don't provide Wifi? And there's no such thing as someone else being the "guarantor" for payment. The guest's account has a payment method uploaded to it, no matter whose credit card or paypal account it corresponds to, and if payment goes through, it goes through. If there's not enough money to cover subsequent payments, you'll just get a message from Airbnb telling you that unfortunately they weren't able to collect payment and you'll be left with trying to evict her.

And why does a lone 19 year old need a two bedroom house listed for 4 guests? I have a suspicion you're being lied to.

@Sarah977 It could be because the fully furnished, all utilities included, 2 bedroom house is under $1300 per month.

As she proceeds to take 2 one-hour long hot showers a day blasting through $300 worth of hot water/month, keeps the heat turned up to max with the windows open, and uses up another $200 worth of electric running her hair dryer for an hour a day. Then there's using the washer and dryer on full load to wash the jeans and top she wants to wear that night. And of course the second bedroom is for her friends to spend the night.

But hey, she might be the studious type who just wants to be near her friends so they can study together and do online work without Wifi.

Thanks! This was very funny and to the point at the same time : ) I appreciate it Emilia!!!

Thanks. We negotiated the wifi situation. I got an request to book from mother of 19 year old college student who is trying very hard to get me to take her child in. Somehow that makes me feel uncomfortable.