Every once in a while Air BNB throws me a curve ball which is not a big deal but does keep me on  my toes :D.  Recently I accepted a reservation for 4 months in the future.  As the guest had asked for an additional service for which there is an additional fee, I attempted to send a request for money via the reservation.  I was unable to do complete the request with a "validation failure" message.  After a couple of days of this message, I contacted Air BNB CS.  I was advised that the guest had chosen to pay a portion of the fee and would pay the balance no later than a couple of weeks before check in.

Now I had heard of this delayed payment option but I had not heard that it would impact the ability to collect additional fees until the payment was completed.  My guest, who is new to booking on Air BNB, said she could have paid the full amount but the system prompted her to pay 50% as part of the booking request.  She thought this was how it was done 😛

Is delayed payment the new norm?

Is this happening because she is is using the new 'partial payment' Airbnb option?

And yes, staying on one's toes is always a good state of being when dealing with Airbnb. 😄

Yes she is, @Fred13.  According to her, it appeared that Air BNB operated with 50% up front.  She thought she was doing what was expected.

Interesting. As of yet, I have not had a single guest use this feature if booking via Airbnb, but it is inevitable it will eventually happen. 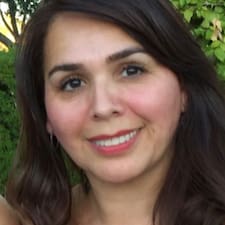 @Fred13  I haven't had this one yet, but the group booking is for the birds (pun intended ;D)